The Gumball 3000 is to have its craziest edition this year, a replica street-legal Batman Tumbler, designed by Team Galag from Saudi Arabia.

If the previous Batman films are anything to go by then expect a lot of trashed supercars, high speed chases and some high adrenaline action from Team Galag. We doubt it has all of Batman’s gadgets and weaponry but this is sure one fun, extravagant and damn right crazy edition to the already wacky Gumball Rally.  Will it make the list of the greatest cars ever at Gumball 3000?

Motorauthority.com give you the low down…

We’re not fans of all the on-road antics but not every Gumballer runs the event in that manner, either. Many treat it as a way to see different parts of the world in all sorts of high-end machinery. For some, however, the types of vehicles that show up have become stale.

Team Galag from Saudi Arabia is one such team that’s seen it all. In fact, they entered a Mercedes-Benz SLS AMG and a Lamborghini Aventador in last year’s Gumball. Now though, the team is ready to shake up the Gumball establishment. This is an impressive undertaking and it will wind up bringing a bit of Gotham to the streets of Europe.

Team Galag is building a street-legal Tumbler... let that sink in for a moment.

Team Galag is pairing up with Parker Brothers Concepts to create an exact replica of Batman’s favorite ride. Under the seemingly radar-resistant bodywork sits a 400-horsepower 6.2-liter V-8 engine surrounded by a tubular chassis. This build is being taken oh-so-seriously too, because it has to last the entire 3000 miles of the Gumball journey.

To say we’re excited to see Team Galag pilot this through Europe is an understatement. This build gives Gumball a breath of fresh air, and returns a bit of the fun that the rally first brought to the point-to-point race world. If they bring in the Aventador as the “Bruce Wayne Support Vehicle,” then they will official have blown our minds. 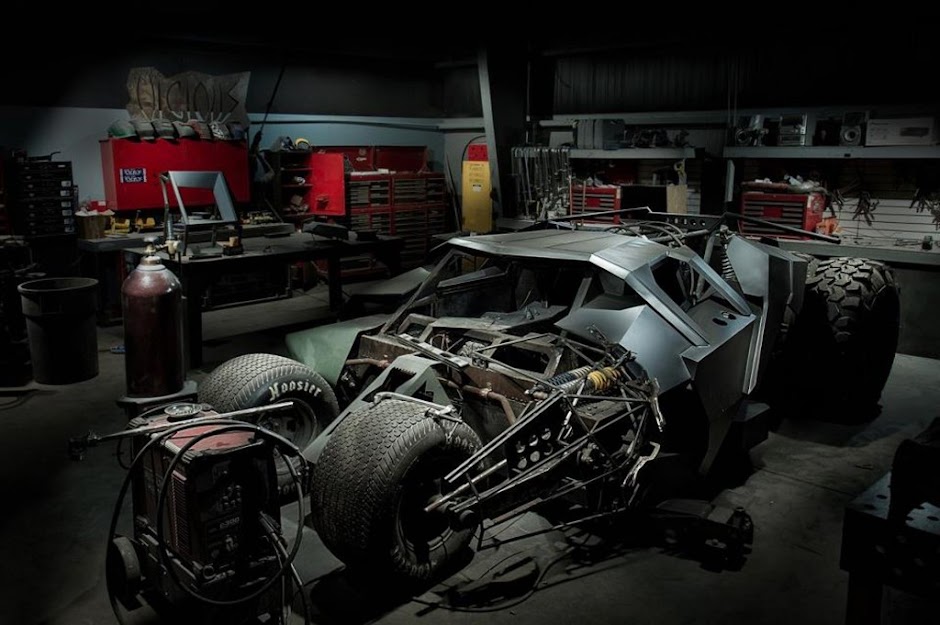 What do you think carhooters? Best Gumball Rally edition ever? Or should it be left on the streets of Gotham? Tweet us @CarhootsUK or leave a comment below