Lamborghini – Celebrate 50 Years. There’s not one car company who has influenced the supercar landscape more than Lamborghini and we pay homage to the Raging Bull.

There’s not one car company who has influenced the supercar landscape more than Lamborghini. The year was 1963, Ferruccio Lamborghinis Sant’Agata Bolognese based tractor business was booming and he had indulged in a couple of Italian toys from the Ferrari and Maserati stables. There was however, a problem. Because, Ferruccio wasn’t overly impressed by the established Italian supercars, so he marched over to Maranello and complained to Enzo Ferrari. Old man Ferrari told him where to stick it. So, fueled by frustration and fury, Ferruccio decided to build his own sports car. 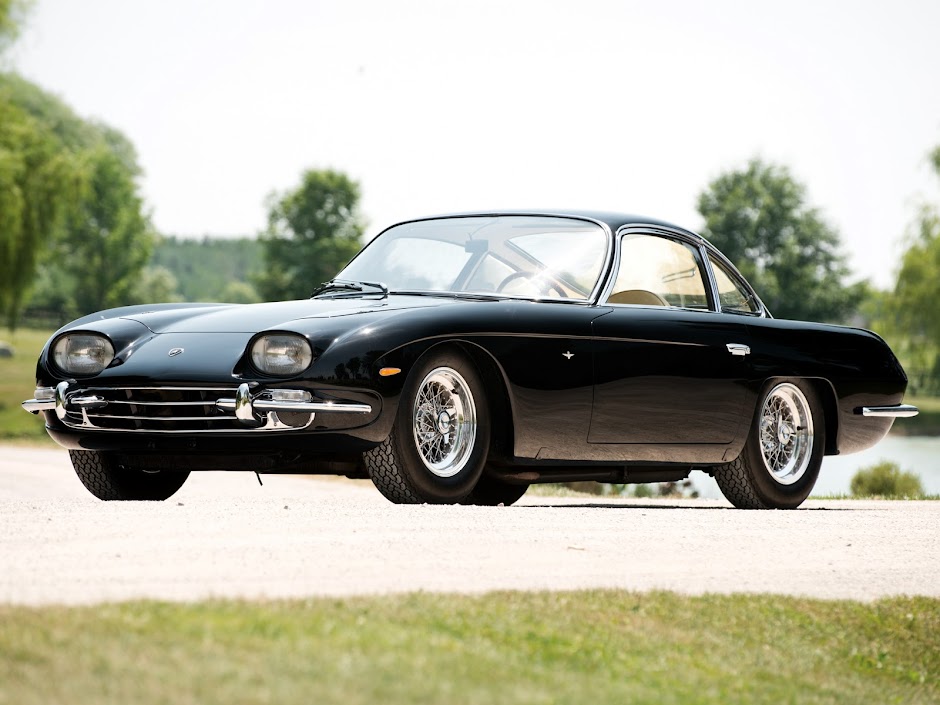 Later that year the 350 GTV concept was revealed. It featured a front mounted 3.5-liter V12, stunningly elegant metalwork and a pair of pop-up headlights. A production car followed in 1964 and retained the concept cars lovely silhouette and hairy-chested V12 but ditched the pop-up lamps for some fixed items – probably to adhere to the blurry Italian motor vehicle standards, or maybe not. The V12 produced 280hp, which was enough to take the 350 GTV to 62mph in just 6.8 seconds and onto 155mph. In 1964, a time when Fiats could barely reach 60mph, and peasants still got around on donkey-back, probably, that sort of performance must’ve felt totally insane. As far as first attempts go it was a spectacular effort from Lamborghini. 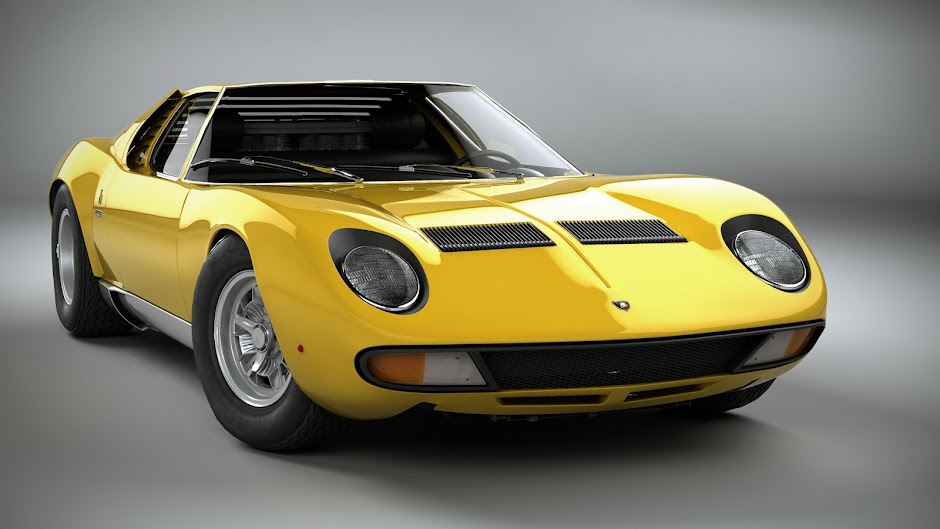 But the real game-changer came in 1966. The Miura was the product of an after hours project carried out by the young lads at the factory against Ferruccios wishes. At the 1965 Turin Motor Show a naked chassis featuring a unique engine layout was shown, soon there was a flood of interest. Everyone wanted a Miura before it even had a body! Though the body bit wasn’t too much of an issue because Lamborghini had all of the Italian design houses knocking on their door asking if they could wrap the Miuras frame in their metalwork. 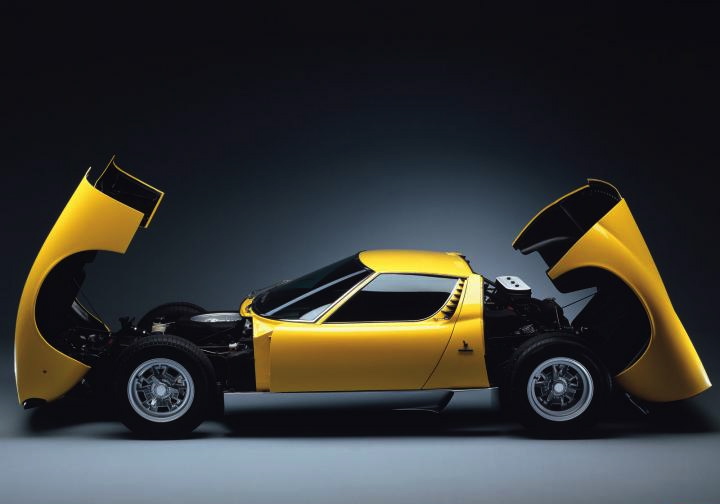 The result was probably the most visually stunning production car body ever – which was designed by 22 year old Marcello Gandini from Bertone – draped over a chassis which had its engine uniquely mounted in the middle and transversely. Of course there were mid-engine cars before the Miura – Ford had its GT40, and Ferrari its 250LM – but these were racecars made slightly road legal. The Miura was designed from the outset to be a road car, and Lamborghini never intended to send it racing. 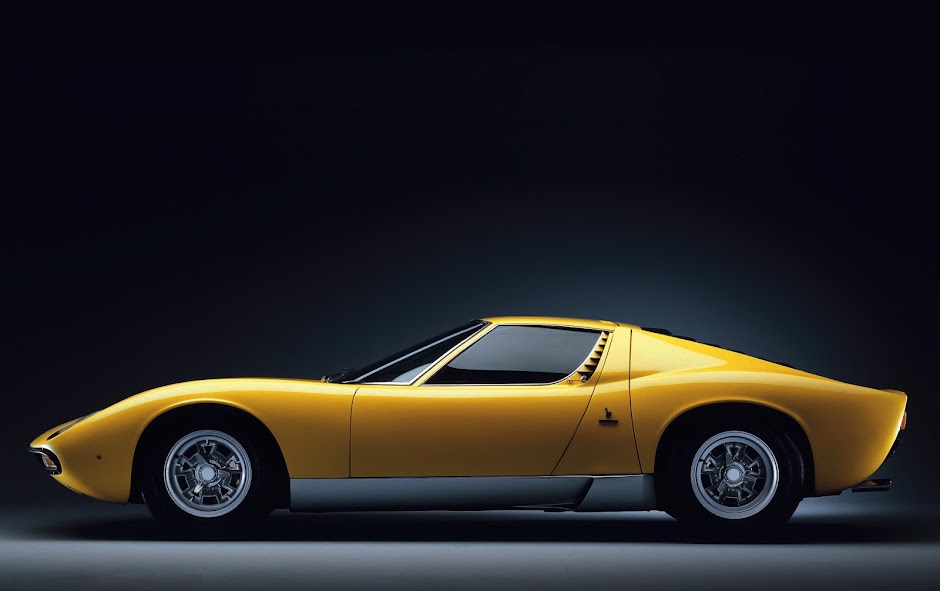 It’s probably a good thing that the Miura never took to the track, because dynamically it was totally flawed. New Lambos are no more difficult to drive than Volkswagens and Audis, but back in the day, they could be properly frightening. The Miura had its fuel tank mounted over the front wheels, so as the tank was drained by the thirsty V12 the front end became extremely light, combine this with a body shape which actually generated lift at speed and you’ve got a white-knuckled ride with occasionally no steering. Then there’s the engine design, the carburetors would sometimes spit unburnt fuel onto the engine and set the entire car alight – which is nice.

These unique ‘quirks’ as some would call them, are what made Lamborghini the maddest car manufacturer of them all. And it’s probably why so many rock stars and playboys from the 60’s and 70’s lived such short lives – it wasn’t the drugs or alcohol, it was the Miura’s.

A number of front engine GT cars followed the Miura, but none seemed to stir the soul or drop jaws in the same way that the mid-engine car did. Until the Countach came along in 1974, that is. 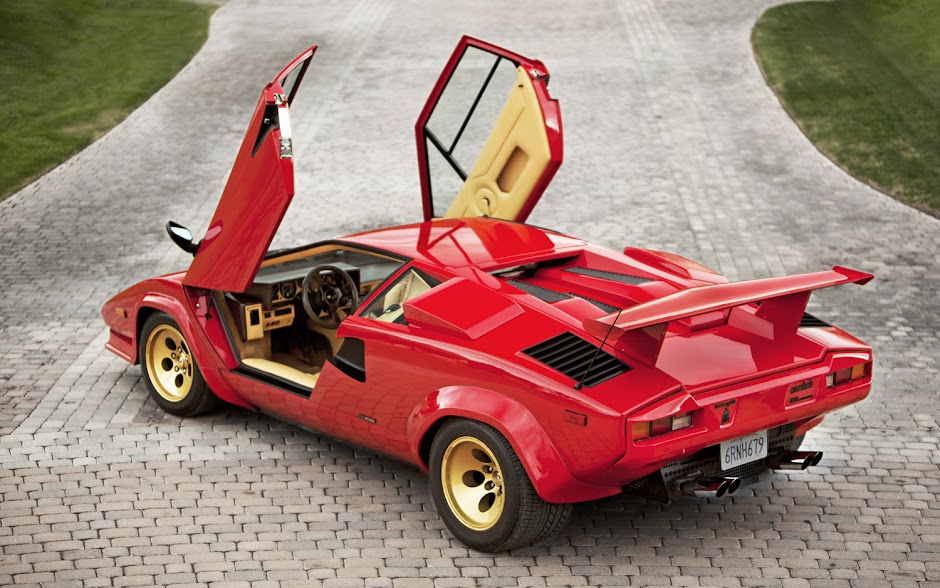 It was a wedge on wheels adhering to the classic 70’s supercar style, the engine was in the middle – where it belonged – there were more creases and lines molded into the insanely styled body work than a crashed Subaru WRX, and it was a car that adorned the bedroom walls of millions of school-boys worldwide. Literally hundreds of homework hours were lost marveling at the sheer size of the optional, but essential, rear wing. It was absolutely nuts to look at, and unmistakably Lamborghini. The 3.9liter V12 revved out to an astonishing 8000rpm where it delivered 375hp accompanied by a scorching, mechanical and aurally delicious soundtrack. It was the first Lamborghini to receive scissor doors, too. These not only became a Lamborghini trademark (sorry Gallardo), but they started a trend of madly hinged doors amongst the supercar elite. A supercar without crazy doors? Blasphemy. 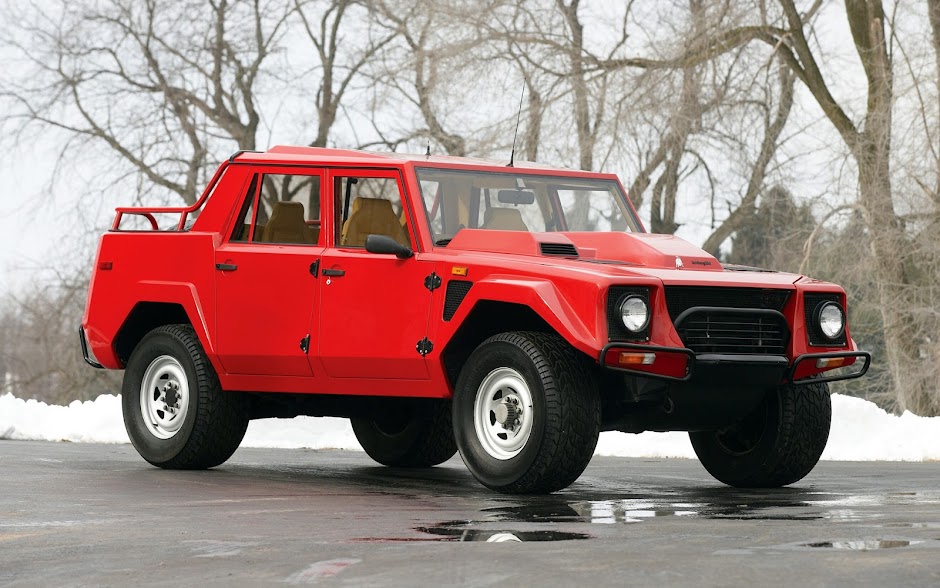 In 1986 Lamborghini went a bit left of field, and came out with a military spec off-roader called the LM002. This car makes Hummers and Mercedes G Wagons look soft and flimsy. Its brutish style was backed up by military grade toughness and a 450hp 5.2 liter V12 that saw it fit to tackle anything. It could crack 62mph in 7.8 seconds and top out at 130mph on any surface – crushed Prius included. 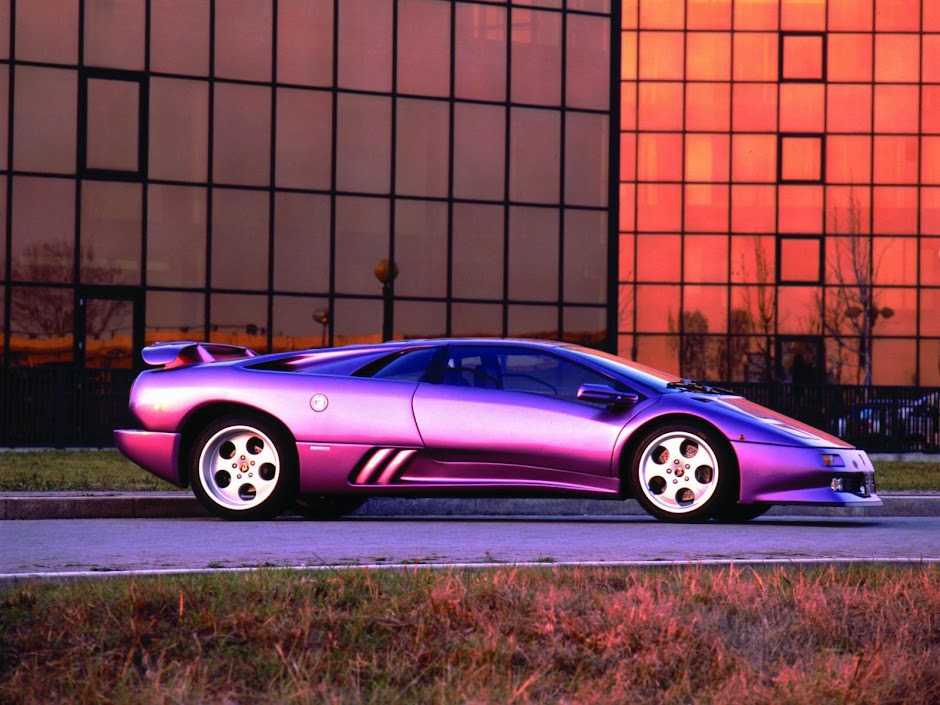 In 1990 the Countach was replaced by the Diablo, this was the first Lamborghini to reach 200mph, achieving a top speed of 203.8mph. The Diablo used the same basic V12 that had featured in all the twelve-cylinder raging bulls that went before it. However, in this guise it was pumped up to 5.7liters and 485hp, enough to send the highly labor intensive Diablo to 62mph in just 4.1 seconds. It was such a difficult car to drive, the Diablo, its control weights alone were enough to convince owners to cancel gym memberships. A more refined version was launched after Audi took over the company in 1998 while the Murcielago underwent final testing in the hands of Audis boffins before going on sale in 2002. 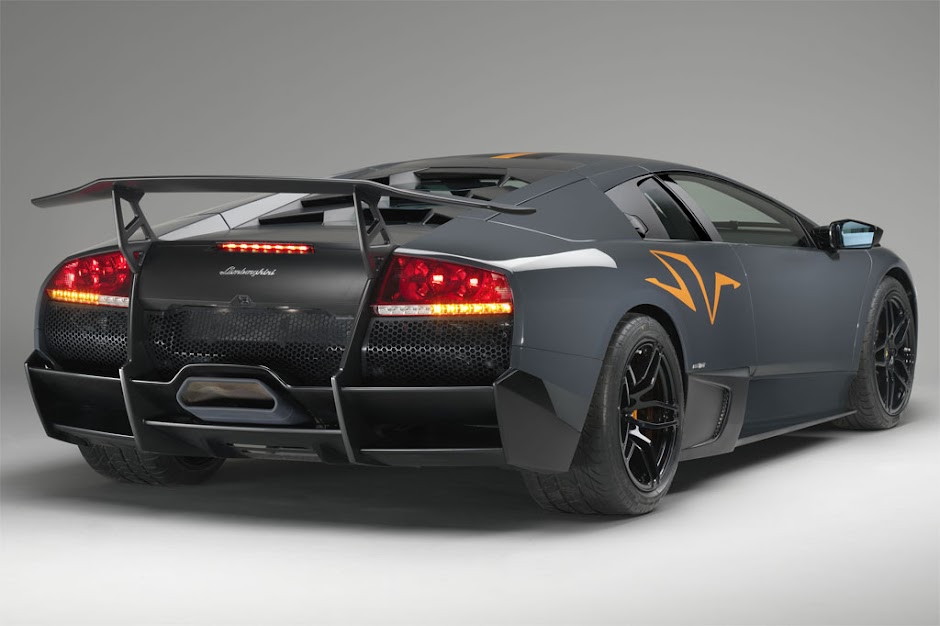 The Murcielago was the first all new car to come from the Audi-Lamborghini relationship. Many had worried that the captain-sensible’s from Audi would dilute the Lamborghini brand, but boy were they wrong. That same original Lamborghini V12 had swollen to 6.2liters and developed 570hp (eventually 670hp in the SV) which was deployed through all four wheels. It took just 3.6 seconds to hit 62mph and if given enough room to stretch its legs, would reach 205mph. It was easier to drive than any of the bulls that went before it, but don’t go thinking Lambo went soft because if you really pushed the big Murcielago it was like driving on a knife edge – you had massive grip, up until the point where you had completely none. There was no middle ground. A final hurrah for the Murcielago and its V12 which dates all the way back to the 350GT’s engine from 1964 was released in 2009 under the SV ‘Super Veloce’ nameplate, this is a car that was thought to be ‘ALIVE’ – sensational. 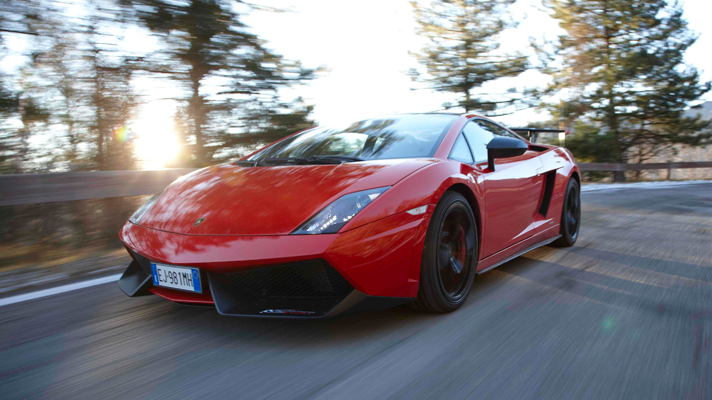 You wouldn’t believe from looking at it, but the Gallardo first graced the roads back in 2003, ten years ago. Despite its age, the baby bull still looks prettier than its much newer McLaren and Ferrari rivals. The Gallardos thunderous 493hp (now with 560hp) V10 engine howled and to this day remains the all-aluminum supercars trump card. With more that 13,000 units having been built, the Gallardo is Lamorghinis most successful model ever. 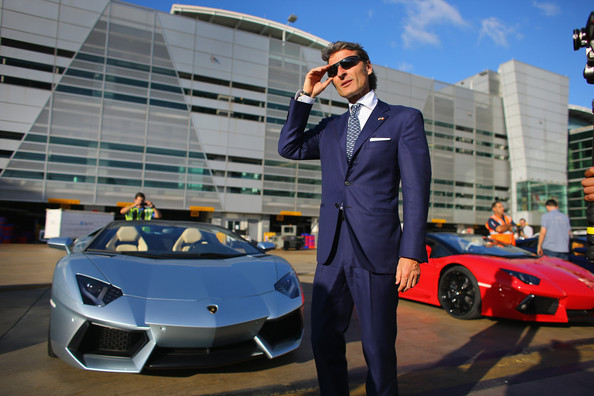 Current Lamborghini CEO, Stephan Winkelmann, joined the company in 2005. And this is important because he has to be one of the coolest CEO’s in the automotive business. He rocks the trademark Winkelmann navy and pinstripe skinny suit at every Lamborghini event, along with vast quantities of wrist accessories. Compare that to American CEO’s who pluck threads from what could easily be James Mays personal collection, and it’s easy to see why he’s a likeable fellow. Winkelmann has the sort of accent that could hold the attention of every female in the building, too, plus he’s the reason Lamborghini is selling more vehicles than ever before. 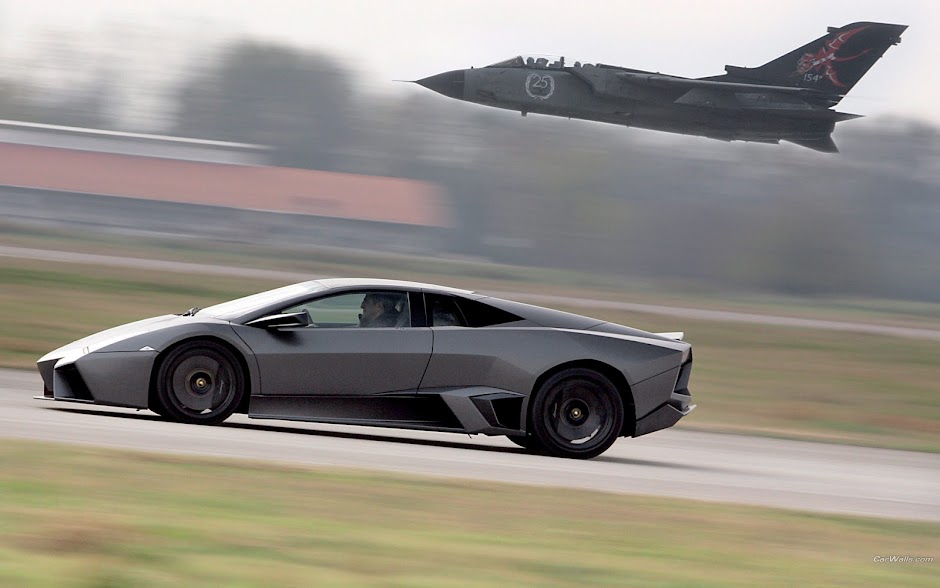 Winkelman also gave the Reventon project the go ahead. The Reventon was a Murcielago that really, desperately wanted to be a fighter plane. As you’d imagine it was quite epic. All of the body panels were carbon fiber and matte finish, the glass house looked similar to the canopy of an F22 Raptor and inside there were digital dials (OK, they’re common now, but not in 2007 they weren’t) to continue the fighter jet theme. It was otherworldly cool, rare and damn expensive. 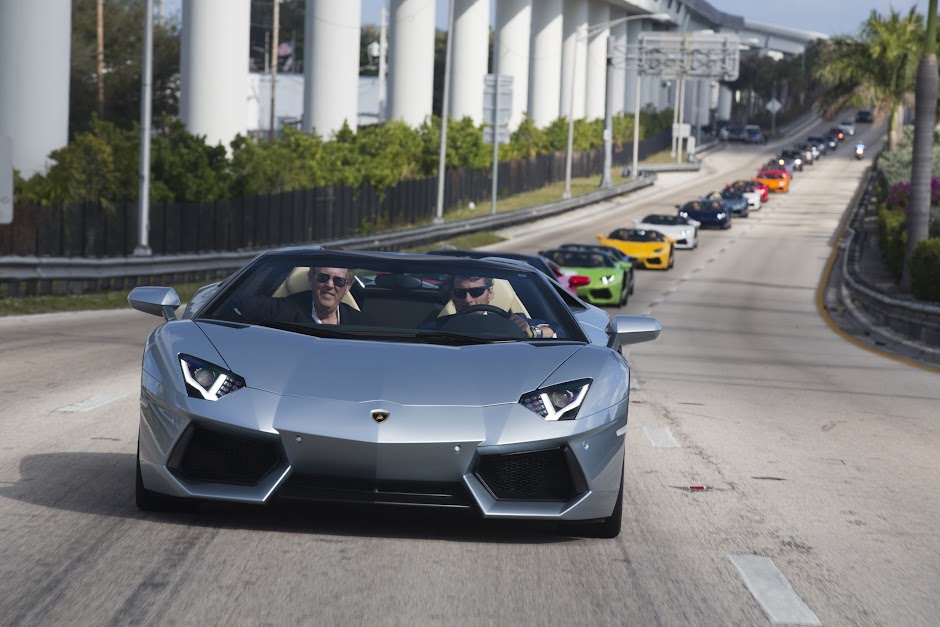 And finally we have the Aventador, the Lamborghini of the moment, the one that shoots blue flames from its exhaust and sounds like thunder being exploded. Behind all the aggressive angles is the companies first all-new V12 since the 350GT’s unit, a high-tech carbon fiber monocell and a unique ‘Independent Shift Rod’ flappy paddle gearbox that’ll snap your neck in maximum attack mode. The Aventador is Lambos fastest, too, hitting 62mph in just 2.9 seconds and flat out it’ll do 217mph. 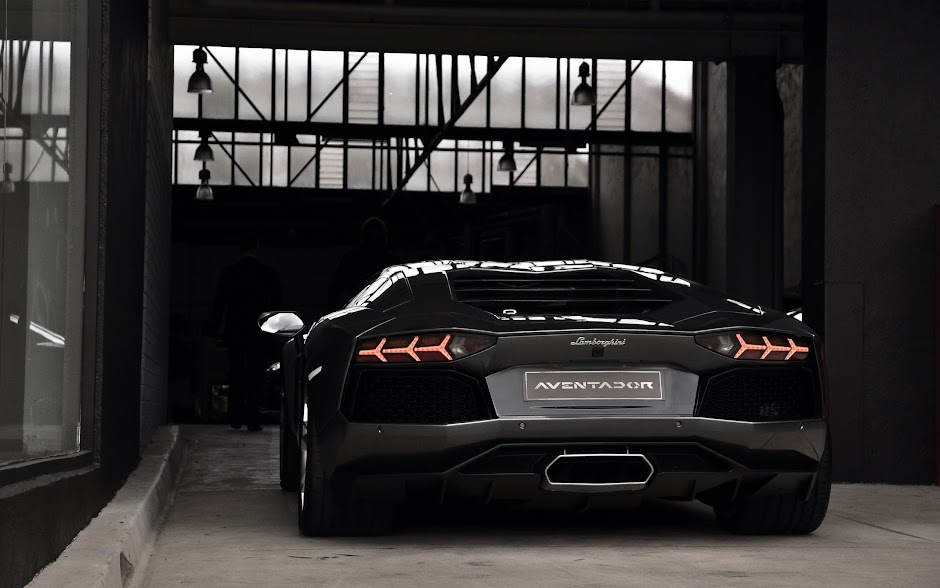 The Aventador is again easier to drive than the Murcielago it replaced; some of the old-fashioned brutality has been culled. But this has simply made the performance more usable, you can now trod on the accelerator pedal with confidence and without feeling like the car might suddenly have no steering or spontaneously combust – we’re looking at you, Miura -, you don’t need to be Arnold Schwarzenegger to operate the steering or the gears, either, and you don’t have to be a Stig-like binary being to drive it quickly. It’s just a better car than any Lamborghini that’s gone before it, and it looks absolutely wild – like all Lamborghinis should.

They’ve come a long way in their fifty years of building supercars. Each model has had its own quirks and unique personality. You’d think that after fifty years in the business they’d have matured a little bit, maybe they’d be hitting the golf course in stripy trousers a little more, or they’d have gotten a bit fat and boring. But they just haven’t. The Aventador is still as youthful, innocent, loud and brightly painted as any big raging bull that went before it. It’s this immaturity and sense of humor that makes all Lamborghinis so special.

Fifty years later and they’re still making cars for petrol heads of the future to pin up on their bedroom wall and admire.

Now, here’s a video of lots of really awesome Lamborghinis celebrating the companies fiftieth anniversary stylishly and noisily. Crank up the volume!

Really want a Lamborghini now? Thought so. Here’s some from the Carhoots marketplace.