Lexus have got a new car. It’s called the RC Coupe, and as long as you don’t look at its front, it’s very nice.

Once again, Lexus has made a new car with a big gaping grille at the front, giving a kind of cat-fish like impression. According to Lexus, the new RC has the lowest and widest spindle grille of any of its cars and you don’t need a tape measure to confirm that they aren’t lying. It is monstrous. The Lexus badge also appears to have grown significantly, reaching almost Mercedes-like levels of showiness.

The headlights with the disconnected LED tick are identical to the ones fitted to the recently launched IS sedan, and that means that you’ll either love them or hate them. Probably hate them actually. Front on isn’t the new RC’s best angle, it’s too brash, fiddly, too crazed manga-character. 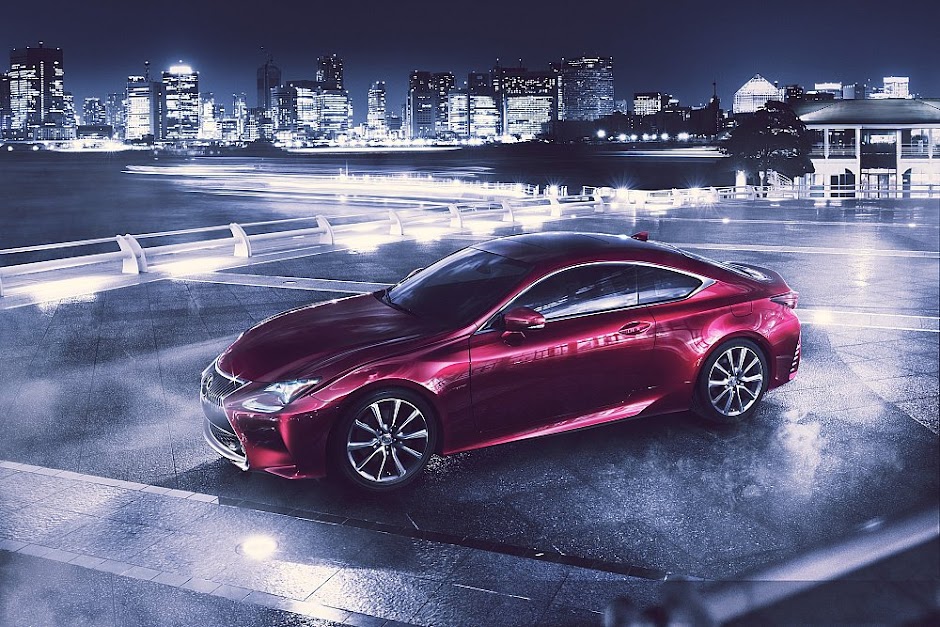 Side on, I think the design is actually really successful though. It shares its proportions and fantastically smooth and swoopy roof line with the stunning Lexus LF LC concept car, and that’s certainly good. It also comes with a nice, aggressive crease just before the rear wheel arch begins, and the arches themselves are nice and wide. The short rear deck lid also gives the car a sporty cab-back design. It works well.

The rear of the car is probably going to split opinion, too, but I’m a fan. There are obvious hints of LFA-inspired design back there with the shape of the lights and rear bumper, but the RC adds it’s own bit of flare with those ‘L’ shaped LED taillights and the round boot lid. The more I look at the rear of the RC Coupe, the more fantastic it seems to appear. 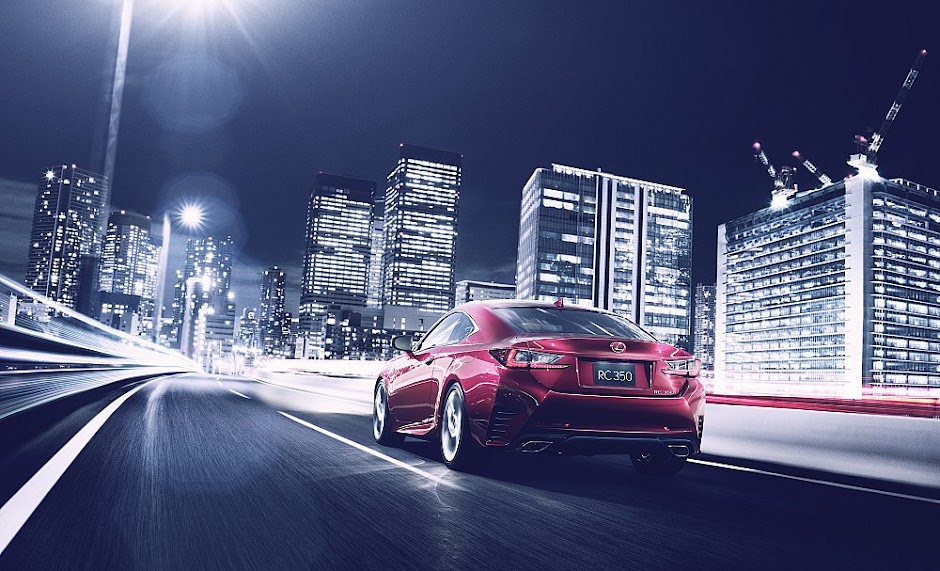 The interior is largely identical to the IS sedan’s, itself influenced greatly by the LFA supercar. So that means you get ridiculously cool electronic instruments that move about and change color and do many other entertaining things. You also get a seven-inch central display housing all of the GPS and infotainment gizmos which is controlled by Lexus’ Remote Touch Interface controller – a sort of mouse-like device. 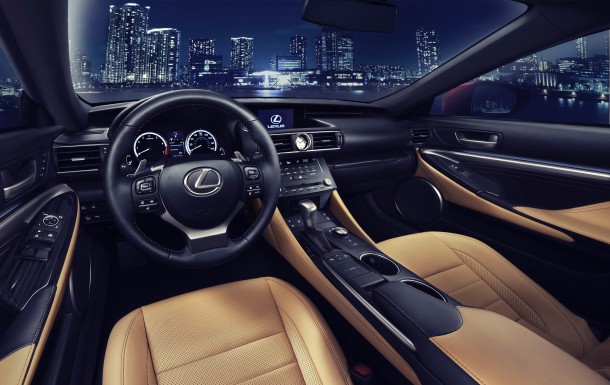 As for the engines, initially at least Lexus will offer the RC300h hybrid model and petrol RC350. The 300h is powered by a 2.5liter four-cylinder petrol engine and an electric motor producing a total of 220hp. Probably. Exact power figures are unconfirmed but expected to mirror those of the IS sedan range. For now the top-dog in the RC range will be the RC350, which is powered by a 3.5liter naturally aspirated V6 which is expected to produce 306hp and be rather brisk. Eventually however a BMW M3-rivalling RCF will join the range packing a massive 5.0liter V8 and many, many horsepowers – jolly good.

The Lexus RC will be officially unveiled at the Tokyo Motor Show later this month.