This is the all new MINI Cooper. No really, it’s completely new! Of course it doesn’t look all-new because the chaps at MINI value evolution rather than revolution, so the new model looks more or less the same as the old one to the untrained eye. But, those headlamps are new, and now feature LED day time running lamps, plus, it’s bigger than before – 44mm wider, 98mm longer and the wheelbase has been stretched 28mm, and this means that the MINI isn’t all that mini anymore, but that’s not the point. It’s all about that iconic look, and because this new car looks just like the old one, it still looks like a MINI. 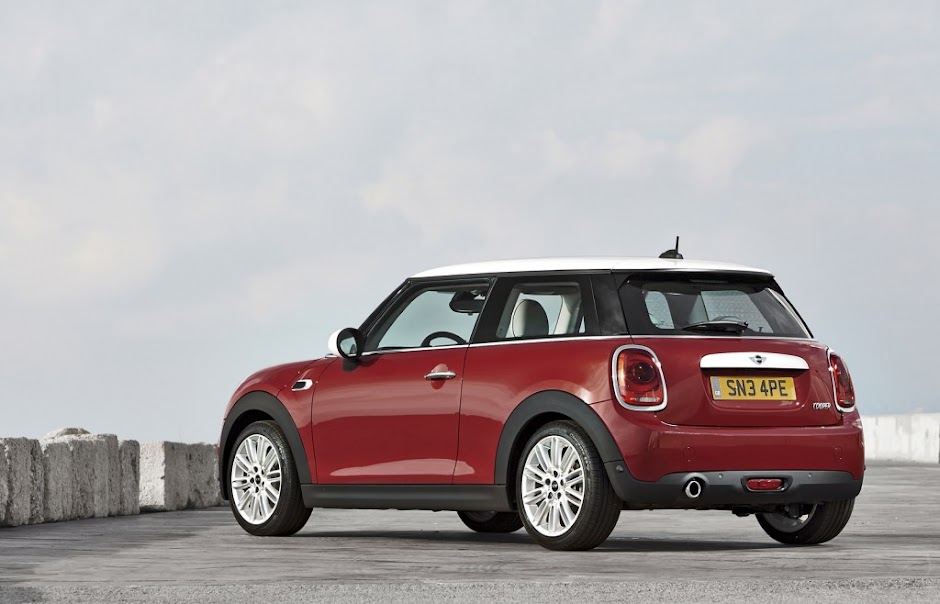 Inside the biggest change is the move of the speedo from the center of the dash to a more conventional location in front of the driver. So the infotainment screen now takes center stage in the big round display. The quality of the cabin materials has also been taken up a notch making the new car feel like more of a premium product. 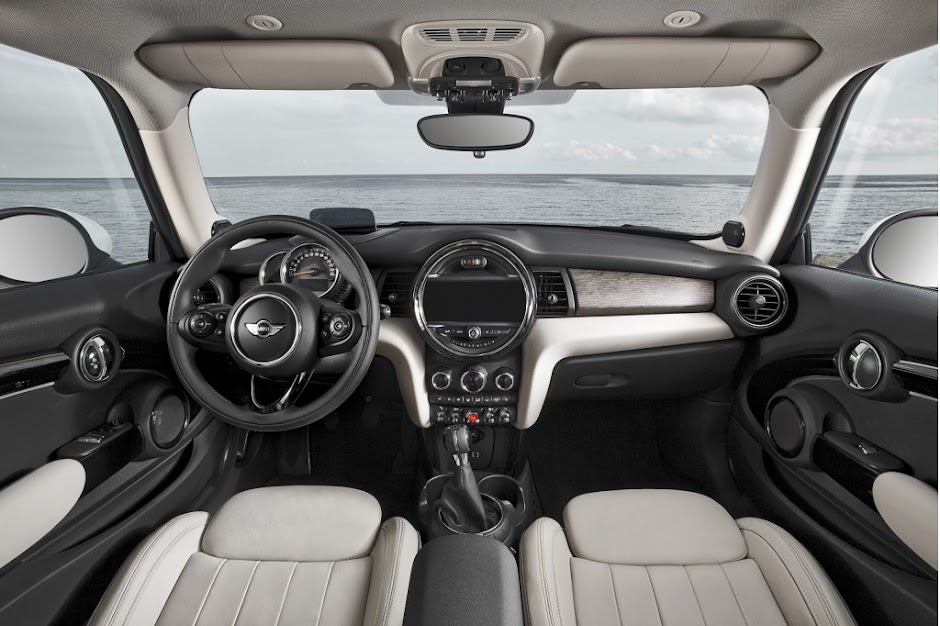 Beneath the metal there’s a brand new chassis featuring many, many acronyms to keep you safe, plus optional adaptive dampers for the first time ever in a MINI. Selectable driving modes also adjust throttle response, steering weight and damper stiffness to suit the driving occasion. 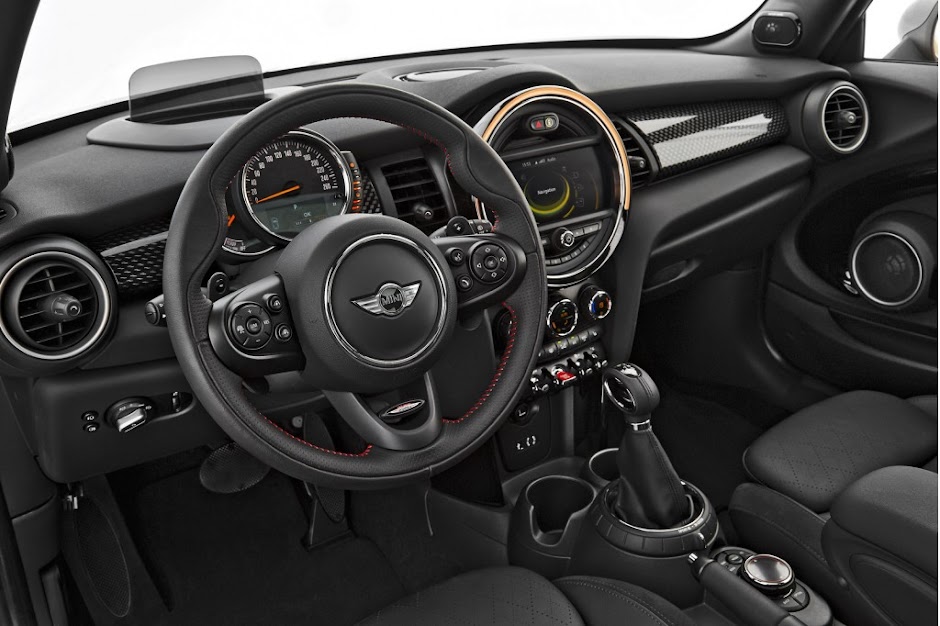 The range kicks off with the standard Cooper which uses a 1.5liter three-cylinder engine. The three pot produces 134hp and 162lb ft of torque, enough to send the Cooper to 62mph in 7.9 seconds and achieve 62.8mpg – though probably not at the same time….

The Cooper D diesel model also uses a 1.5liter three-cylinder engine but produces 114hp and 199lb ft of torque, and can achieve 80mpg if you drive cautiously. Not bad, ey? 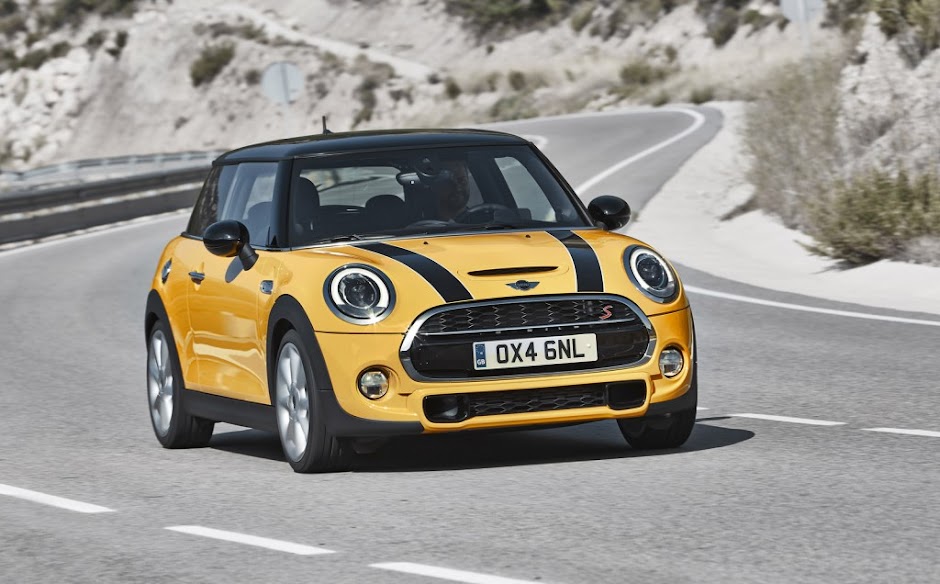 At the top of the range sits the bad boy Cooper S, set apart from the rest of the range by a bonnet scoop, central exhaust, and rear spoiler, big wheels and ‘S’ badges. The Cooper S uses a 2.0liter turbocharged petrol engine producing 189hp and 206lb ft of torque. The ‘S’ will sprint from zero to 62mph in 6.8 seconds, putting it on par with the Peugeot 208 GTI and Ford Fiesta ST. The top dawg is capable of achieving 49.6mpg, too. 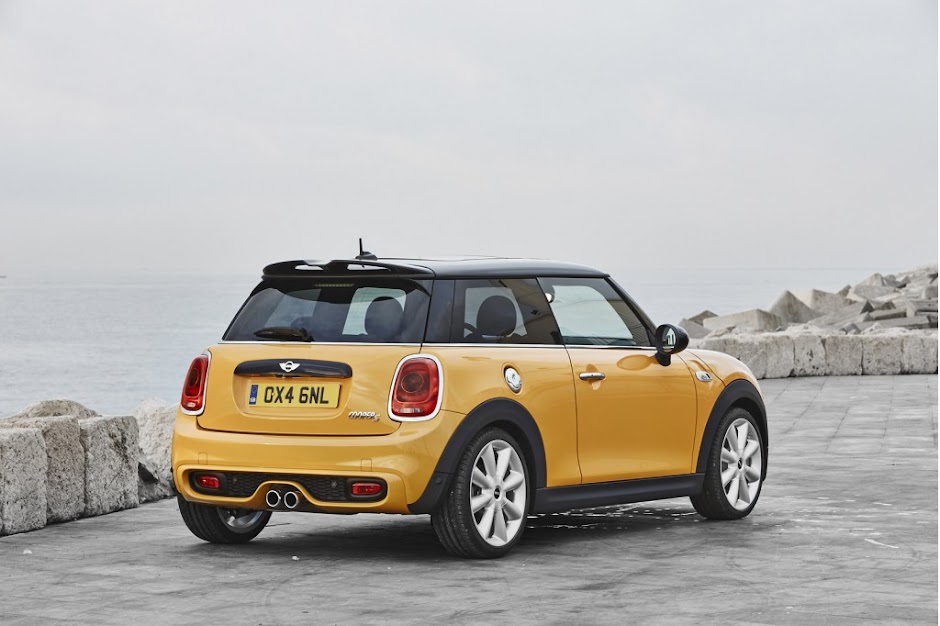 Three transmissions are available, a manly manual with automatic rev matching on down shifts, a conventional six-speed automatic, and a sports automatic with paddle shifters and quicker shift times. All models send their prodigious power to the front wheels in a controlled and efficient manner through an electronically controlled differential.

The new MINI Cooper will go on sale before the middle of 2014.