Nissan’s fastest GT-R yet, the NISMO, has been revealed in new leaked images. This car eats 911s for breakfast.

We’ve known for quite some time that Nissan’s tuning arm, Nismo, has been planing an assault on the supercar aristocracy by unleashing a hotted up version of the already very hot GT-R. This is it, and as you might imagine, it’s quite the speed machine. Bigger turbos, and a less restrictive intake and exhaust system have been added to give the GT-R’s 3.8liter twin turbo V6 a hefty power output 595hp (up from 545hp) and 480lb ft of torque (up from 463lb ft). Apparently the engine could stretch even further, but the six-speed dual clutch gearbox couldn’t handle much more power while remaining sellable with a warranty. But 595hp isn’t too bad, is it?

Along with more power comes comes totally revised suspension components, and that dirty great big rear spoiler keeping the Nismo GT-R’s bum glued to the ground. The front and rear diffusers have also been tweaked to help those sticky tyres generate more grip at speed. 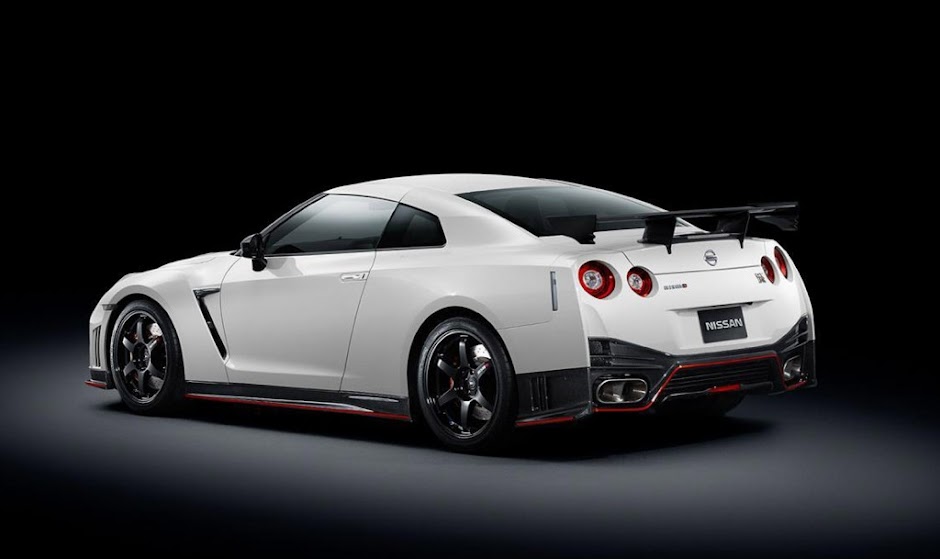 Nismo is yet to release any acceleration times, however it seems likely that the Nismo GT-R will best the 2.8-second 0-62mph time of the standard GT-R. And that means it’ll be face-meltingly fast off the line.

But the Nismo GT-R does corners too, of course, and here’s the big news – 7:08.69 Nurburgring lap time. That’s significantly quicker than the new Porsche 911 GT3 and Turbo S, and well, just about anything you care to mention really (, apart from the Porsche 918 Spyder).
The car that put in that scorcher lap time was reportedly fitted with the optional ‘Track Pack’ which cuts weight by 65kgs and uses a stiffer chassis with manually adjustable Öhlins dampers.

Want to be in the fastest moving car pretty much anywhere and win every single traffic light Grand Prix? Place an order for the Nismo GT-R.