This is Porsche’s eighth model now, and the company is growing at a vast rate of knots. The new Macan SUV is Porsche’s cheapest model, and what will likely be its most popular, too, with zi Chermans aiming to sell 50,000 units a year. This car is a big deal for Porsche.

As expected the Macan shares many styling cues with its bigger brother, the Cayenne, although I reckon this smaller SUV looks a bit better. The lines are smoother, the rear is less flabby, and the roof line more aggressive looking. Still, that strangely angry but surprised face of the Cayenne is ever present. 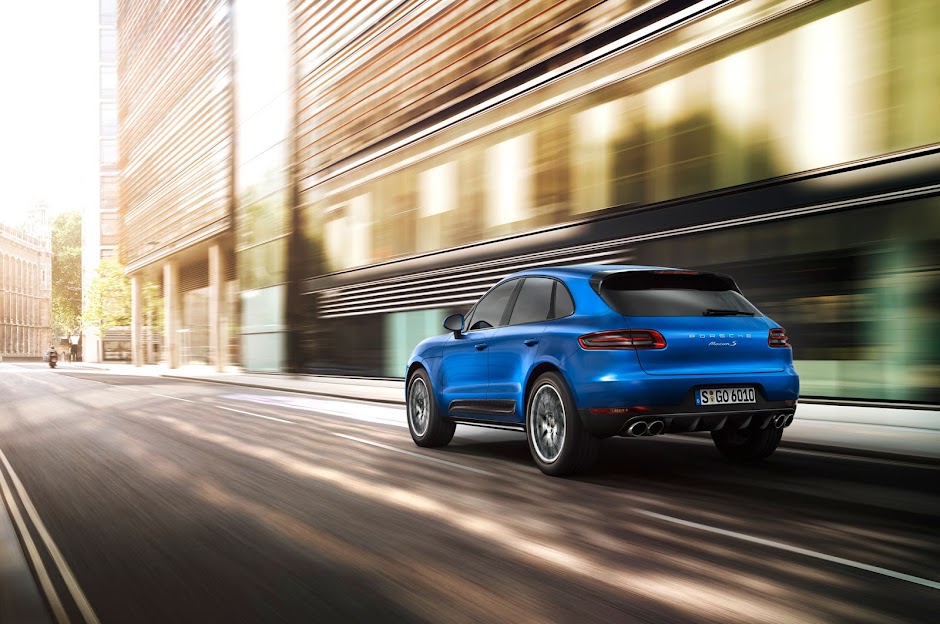 The interior is typically Porsche in that there are buttons and swathes of leather everywhere. The steering wheel is however new, and pinched – in terms of design at least – from the 918 Spyder supercar. The cabin does appear to be unusually driver focused for an SUV, hopefully that design philosophy has been carried through to the chassis engineering as well. 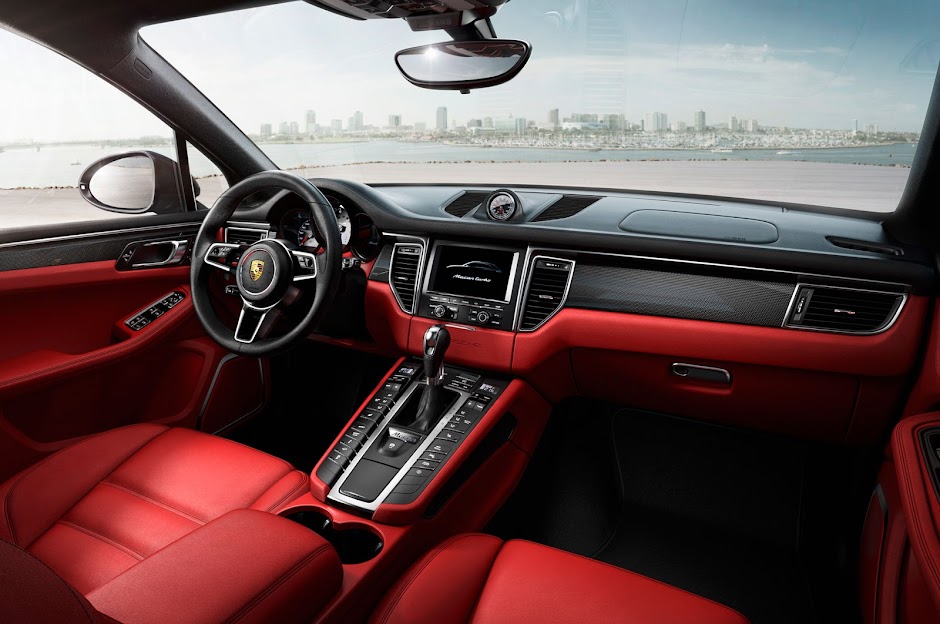 Beneath the Macan’s body sits the Volkswagen Group’s MLB platform which also underpins the similarly sized Audi Q5 SUV. The two cousins share about twenty percent of their parts, but the two look totally different and they should feel different on the road, too, because Porsche has tweaked the chassis endlessly, plus added its own technology to ensure that this car is deserving of the Porsche badge.

According to the Porsche engineers, it was important to have the lowest possible center of gravity with the Macan but also have decent off road ability. So, they’ve designed three different suspension setups – talk about choice… Standard on the Macan S are fixed rate steel springs which Porsche says offer a good balance between comfort, off-road ability and performance. But on the more powerful Macan Turbo you get Porsche’s PASM adaptive damper system as standard, which offers Comfort, Sport and Sport Plus modes, each altering the car’s stiffness. Optional on the Macan Turbo is the third suspension type which uses air springs in conjunction with the PASM adaptive damper technology – essentially the air suspension allows you to raise and lower the ride height of the car to aid accessibility or give the car extra ground clearance off road. This would be a good option for anyone who has to drive pensioners around a lot… 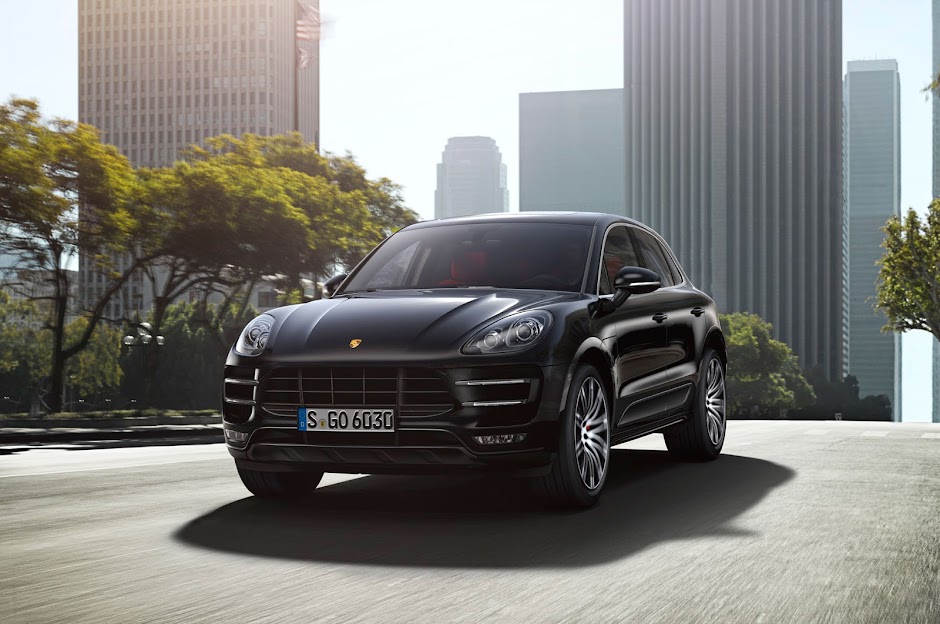 Porsche is also using its own engines rather than borrowing them from Audi. The Macan S uses the 3.0liter twin turbo V6 from the Panamera producing a healthy 340hp, enough to send the baby Porsche SUV to 60mph in a respectable 5.2 seconds or 5.0 seconds with the Sports Chrono pack fitted. 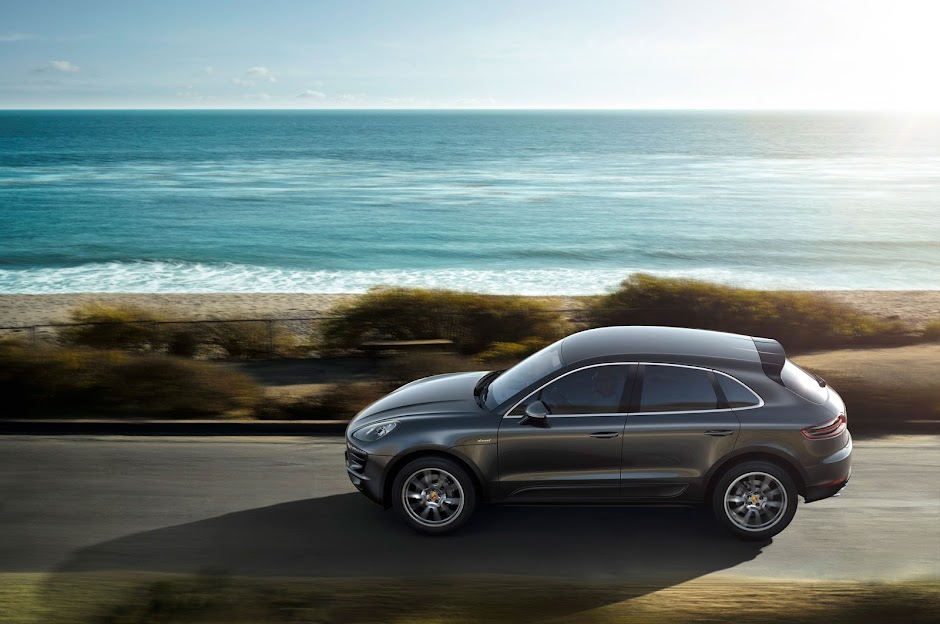 At the top of the range will sit the Macan Turbo. It’s quite fast. Like 911 fast. Using a 400hp 3.6liter twin turbo V6 engine, the Turbo will sprint from 0-60mph in 4.6 seconds or 4.4 seconds with the Sports Chrono pack. The Turbo also benefits from larger brakes with six piston calipers. All models are fitted with a seven-speed PDK dual clutch automatic gearbox and clever all-wheel-drive system.

Eventually Porsche will also release the less powerful ‘cooking-spec’ Macans which will probably be powered by four-cylinder petrol and diesel engines. You don’t want a four-cylinder Porsche though, do you?