Advertising cars is usually all about the boring facts that car companies think we’re interested in but really aren’t. Like, say, fuel consumption figures, interest rates, and finance offers. That’s boring. We want to see the car being shot down a runway with its behind on fire at 200mph, not being driven about slowly while some chap, probably wearing thin-rimmed glasses, discusses how hippy or wallet-friendly a particular car is. 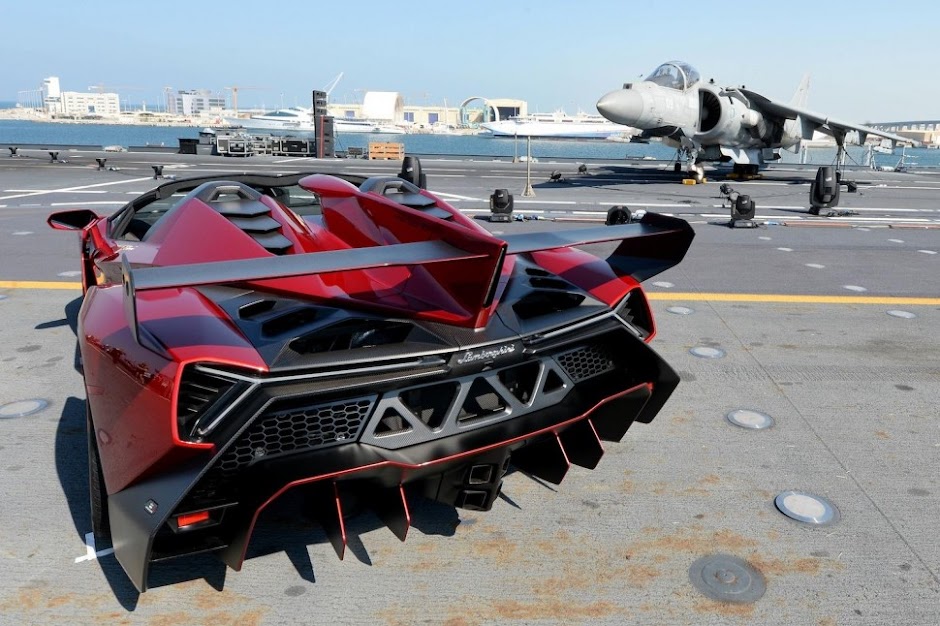 As you might imagine, Lamborghini isn’t really like any other car brand. So, to ‘advertise’ their new product, the mental Veneno Roadster, they er, phoned some people that work on an Italian aircraft carrier and asked them if they could borrow it for a little while…

That’s not completely true if we’re honest. Apparently the boat is promoting the superiority of Italian-made goods in Abu Dhabi, and Lamborghini was chosen to represent Italy’s auto industry. The result is a 740hp $3.5million Veneno Roadster sitting on an aircraft carrier in Abu Dhabi cuddling with Harrier Jump Jets. 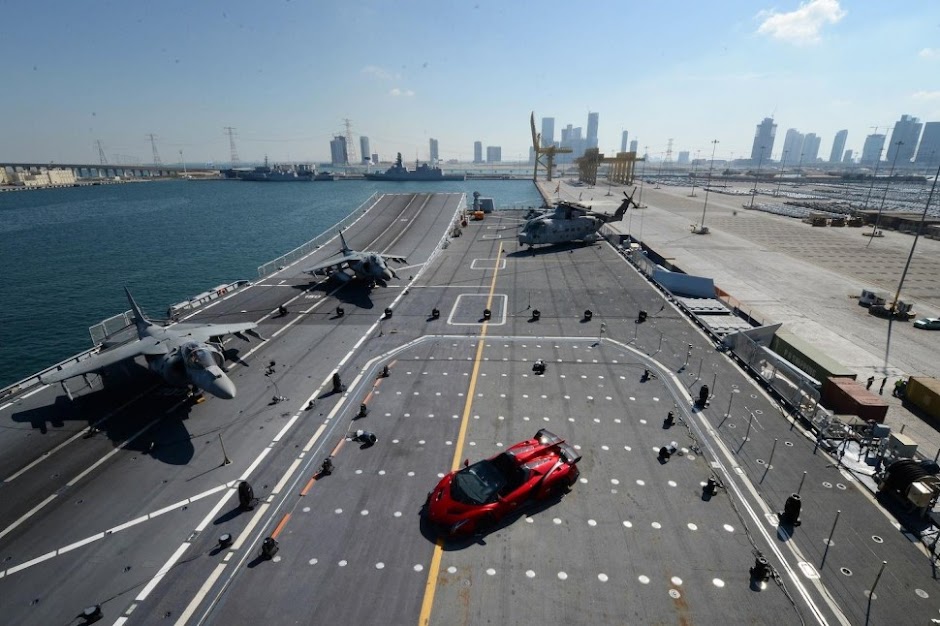 Presumably Lamborghini thought the Veneno Roadster lacked visual punch and needed a posse of awesome weaponised aircraft to make it look cool. If ever there was a car that didn’t need extra visual attention it’s the Veneno Roadster. It looks like a cross between a fighter plane, a cheese grater and a racing car. Madness.