The Audi are staying one step ahead of the game as the SUV craze continues. They are set to put the Q1 model into production by 2016 and it looks mean! 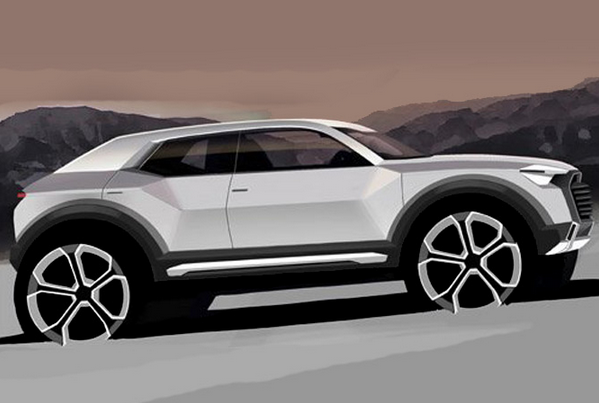 “Adding to the current Q7, Q5 and Q3 (not available in North America) will be the Q1, a model that will help expand the brand’s sales as a high-volume, low-cost product.

“The Audi Q1 is part of our broad-based SUV strategy. It is designed on the basis of the modular transverse engine concept and will round off our Q series at the bottom end,” stated Rupert Stadler, Chairman of the Board of Management of Audi AG.

It is believed that Audi’s SUV plans don’t end with the Q1 either, with rumors pointing towards coupe-styled SUVs possibly named Q4 and Q6, while additional reports have indicated a possible Q9.

By 2020 Audi will expand its model lineup from 49 models to more than 60 as it strives to reach sales of more than two million units per year.

Audi has confirmed the Q1 will go into production in 2016 at its plant in Ingolstadt.”

What do you think guys?