The wait is over. BMW finally release official details and prices for the new 2015 M3 Saloon and M4 Coupe.

The new BMW M3 Saloon and its M4 Coupe cousin are probably the two most hotly anticipated cars of 2013. These two are a big deal, even bigger than The Simpsons, even One Direction, hell, they might even be a bigger deal than Ron Burgundy’s luscious, carefully crafted hair. Why are these two cars such a big deal? Well, the M3 has always been BMW’s best selling M car, and it’s always been completely brilliant. And as for the M4, well, there’s never been an M4 before, so this is the start of what will surely become a long line of awesome performance coupes – think E30 M3 2.0. 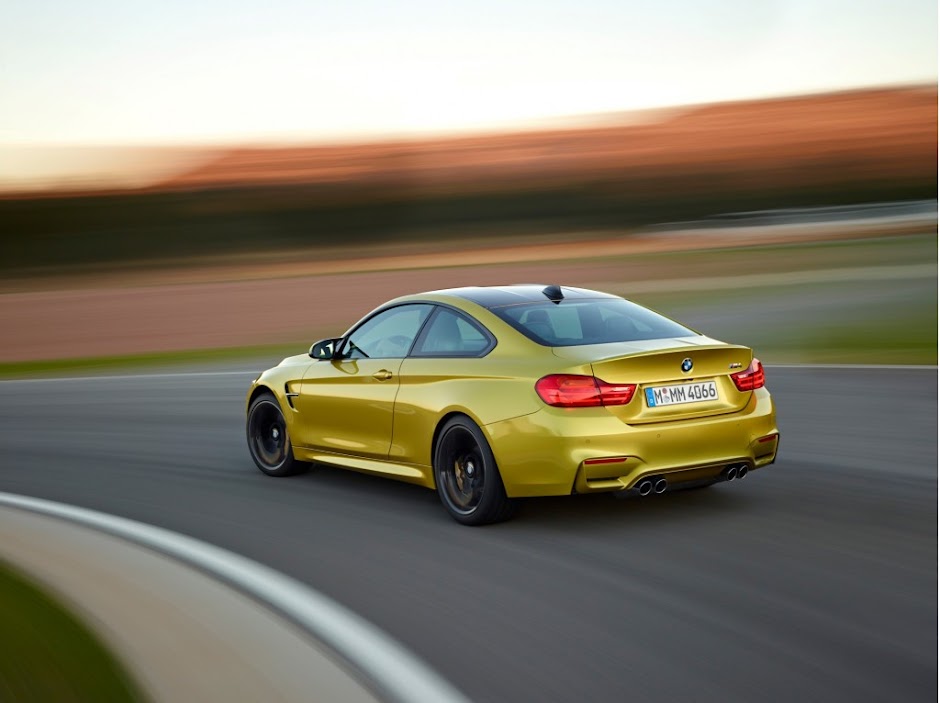 The two cars share many things; chassis, engine, gearbox, interior design, pretty much everything except for their exterior styling. The differences are the M3 has four doors and five seats, whereas the M4 makes do with two doors and four seats, but it also has a smooth, sloping rear end, where the M3 is a bit stodgy and fat looking. But, if we’re honest, the rear of the M3, despite its less elegant curves, looks utterly fantastic. Mainly because the rear wheel arches are so damn wide, it just looks so purposeful and angry, like it could maul a bear then eat its children, or something. 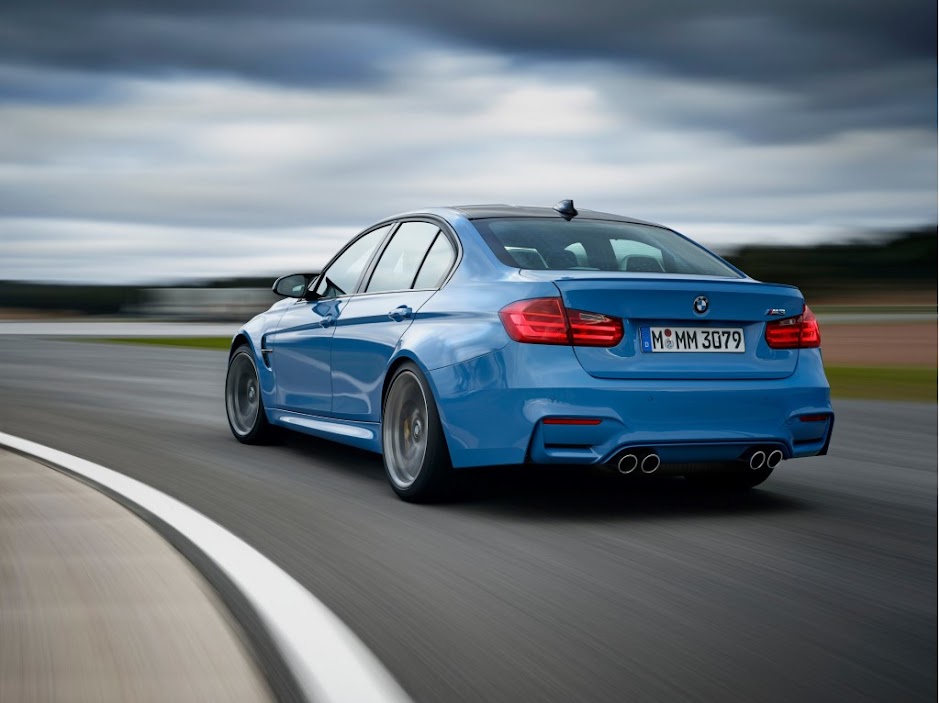 Both cars feature a snazzy carbon fiber roof to save weight and keep the cars’ center of gravity close to the road. They also feature an aluminum bonnet, and the M4 gets a carbon rear boot lid. Strict weight saving measures have been used throughout the two cars’ development and the results speak for themselves really. The M4 weighs in at 1500kgs while the M3 is 23kgs heavier, which makes the two cars around 100kgs lighter than their predecessors (the M3 Sedan and Coupe). 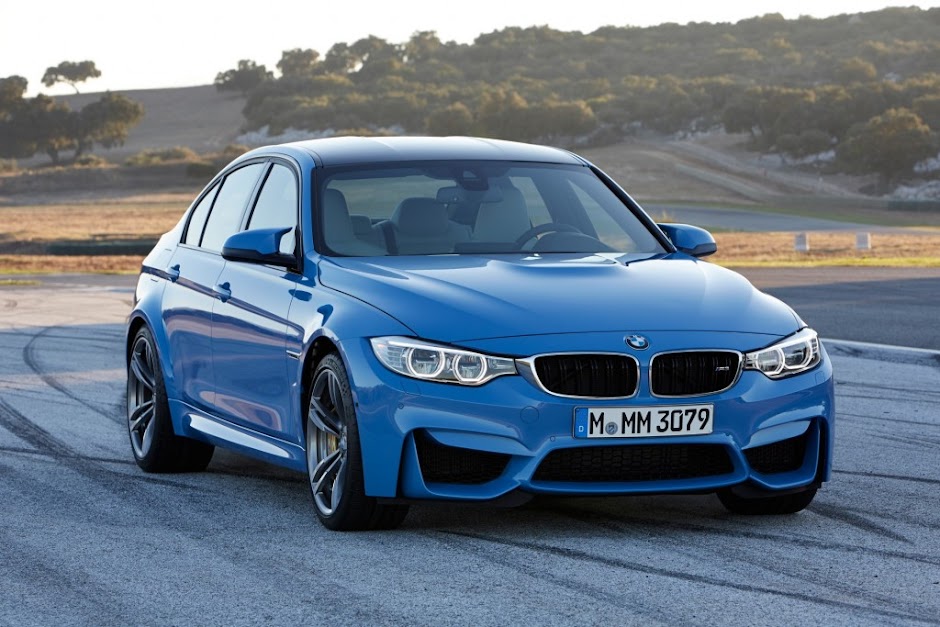 Under the bulging bonnet lives a brand new 3.0liter twin turbo straight six engine. 431hp at 7600rpm is the headline power figure, making the new car only slightly more powerful than the old 414hp V8 model, but the big news here is torque. The new 3.0liter motor has lots of it. 406lb-ft all the way from 1500rpm to well over 5000rpm in fact. The old car made do with 295lb-ft and it was at the very top of the rev range so unless you were driving like a maniac with your hair on fire you couldn’t really use it, so this car should feel a lot more pokey during normal every day use. 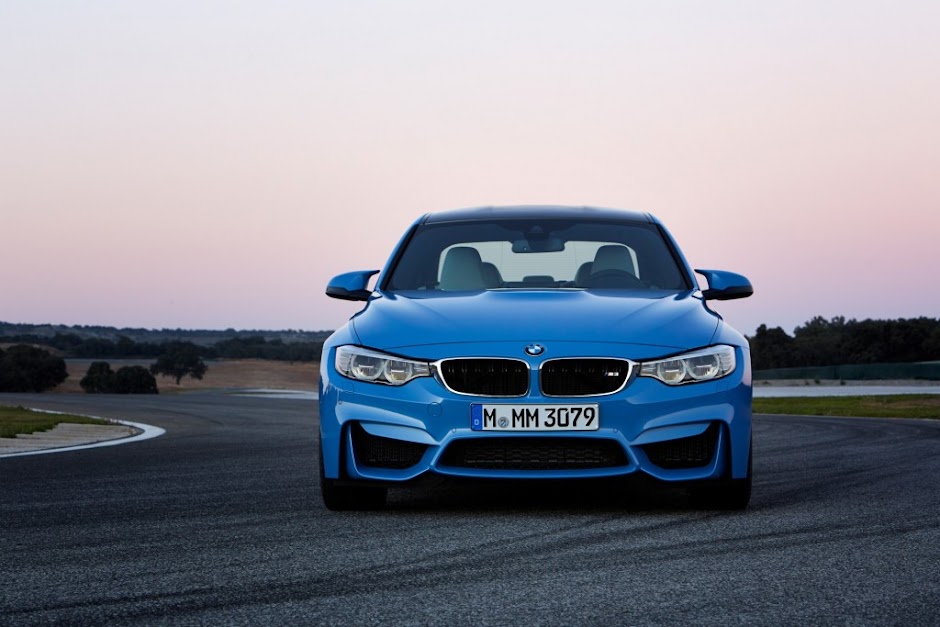 The reduction in engine capacity and curb weight has also made the car much more polar bear friendly than before. The M3 and M4 will achieve around 32mpg if you’re careful while emitting just 204g/km of the nasty stuff. It’s no planet-saving eco car, but for a relatively large performance car it aint’ bad at all. 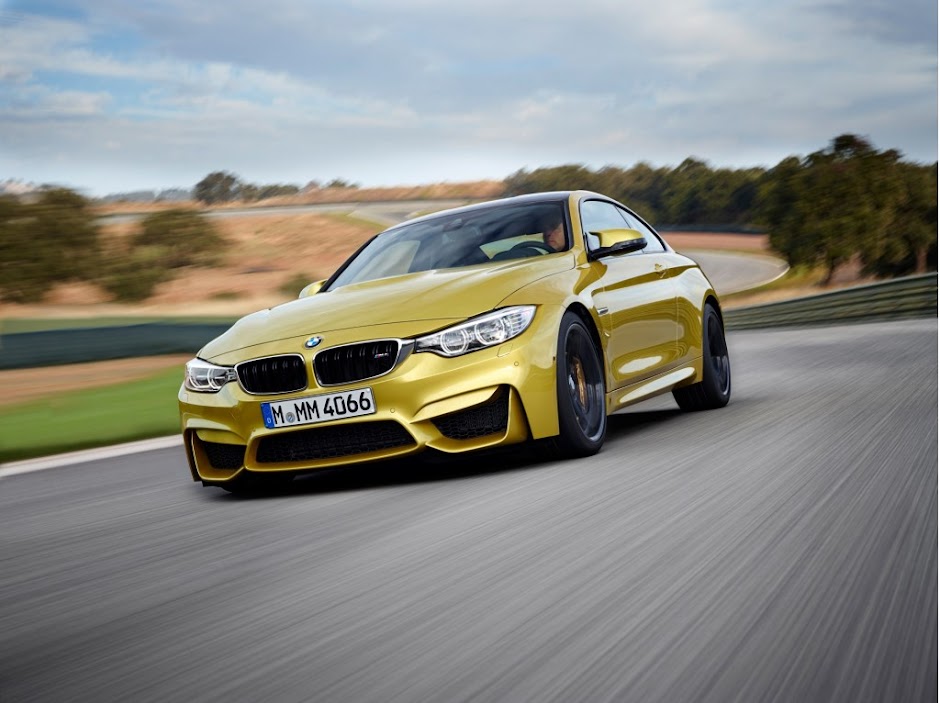 Power is fed to the rear wheels through a manly six-speed manual gearbox with automatic throttle blipping as standard. Naturally, you can also option a seven-speed dual clutch automatic gearbox as well. Claimed acceleration times are identical for the two cars, 0-62mph takes just 4.3 seconds with the three-pedaled cars or 4.1 seconds with the twin clutch gearbox optioned. That sort of performance is pretty damn impressive, not too long ago a Lamborghini Gallardo took 4.1 seconds to reach 62mph. Both cars are limited to a top speed of 155mph. 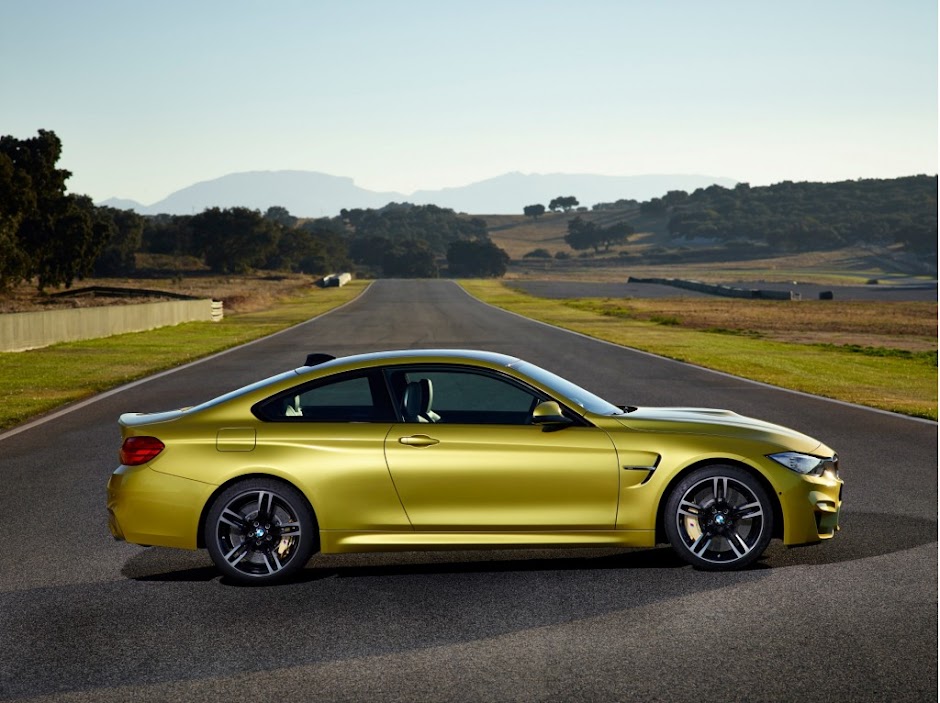 The new M3 and M4 also come with a new world-first feature which juveniles and chavs will love. The dual clutch gearbox cars come with a feature that BMW calls the ‘Smokey Burnout Function’ (we’re not even making this up) – the people at BMW M are a funny bunch of hoons. What’s more, apparently M Dynamic Mode “allows greater wheel slip and therefore easy drifting” – it’s this sort of technical brilliance that makes BMW’s M cars leaders in their market sectors. 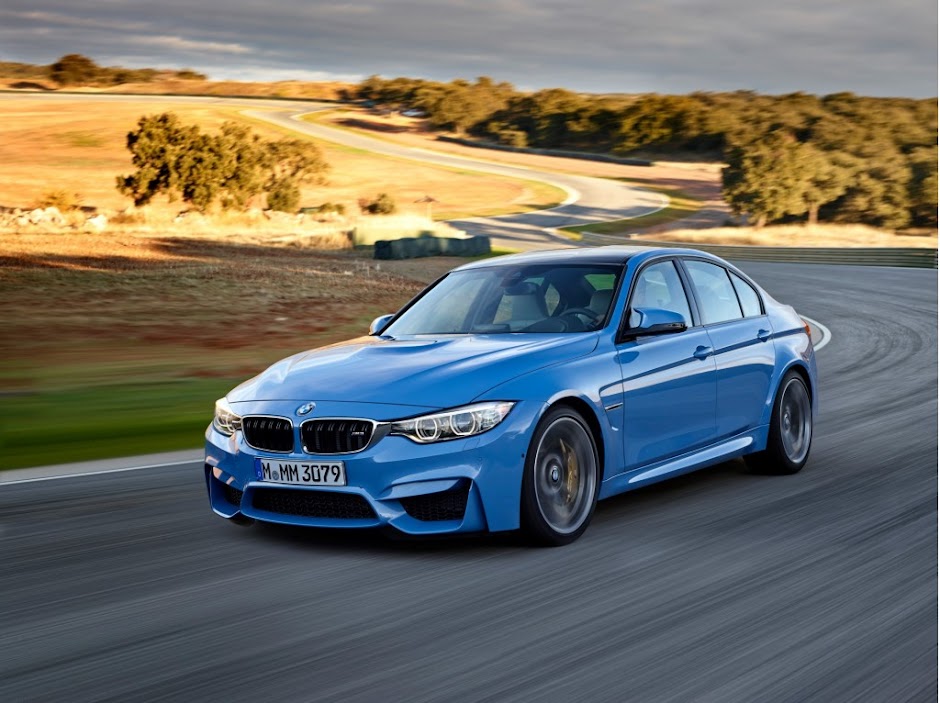