A 4chanuser just bought a brand new 2014 Lamborghini Gallardo from Lamborghini Newport Beach, CA, with $200K in Bitcoin. Is this the future of car buying?

If you are unfamiliar with Bitcoin, it is basically a digital currency that has been the talk of the internet for last few months after it’s share prices and the value of a single Bitcoin soared. It allows for untraceable transactions and was controversially used by Silk Road drug market.   Getting your hands on this currency requires some serious technical know how. A network of computers and a ridiculously long and time consuming maths equation is probably all you need to know. If you want to know more, click here.

Then if you are lucky enough to have any Bitcoin currency, finding somebody who accepts the currency is another issue such is it’s scarcity. But in the space of a week two cars have been bought using Bitcoin. First we heard of somebody buying a Tesla Model S, which has since been over shadowed by the The 4chan user spent 216.8433 bitcoin, which equals out to $209,995 in dollars. We have a feeling that this might be the start of a Bitcoin car buying frenzy.

Want to see the proof and some idea of how this transaction works? Fortunately the buyer published his official sales documents online for all to see. Check them out. 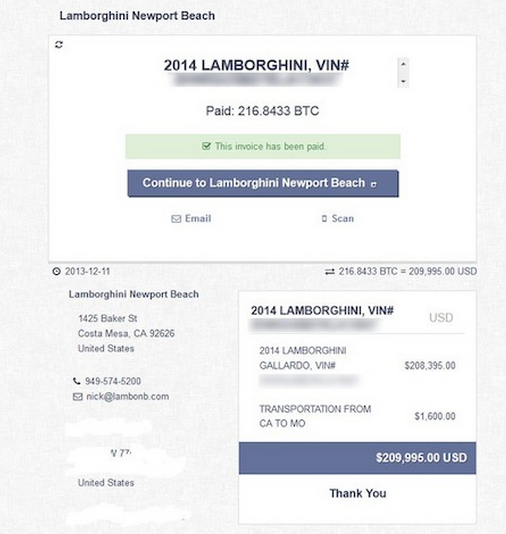 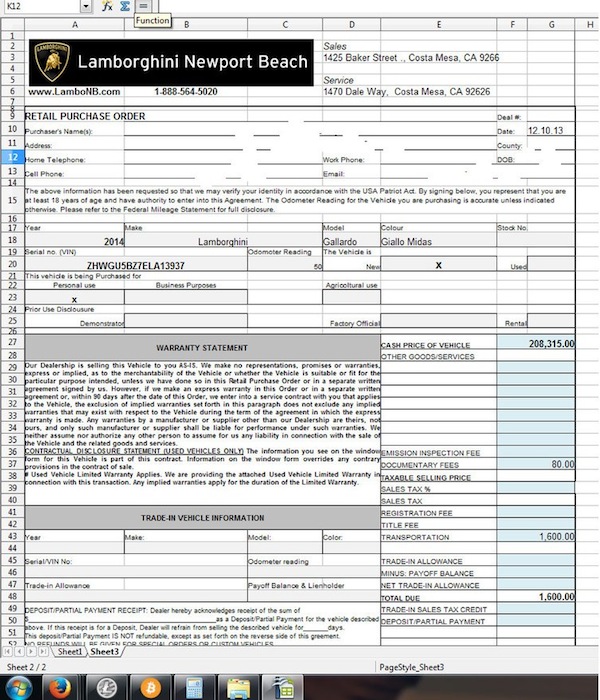 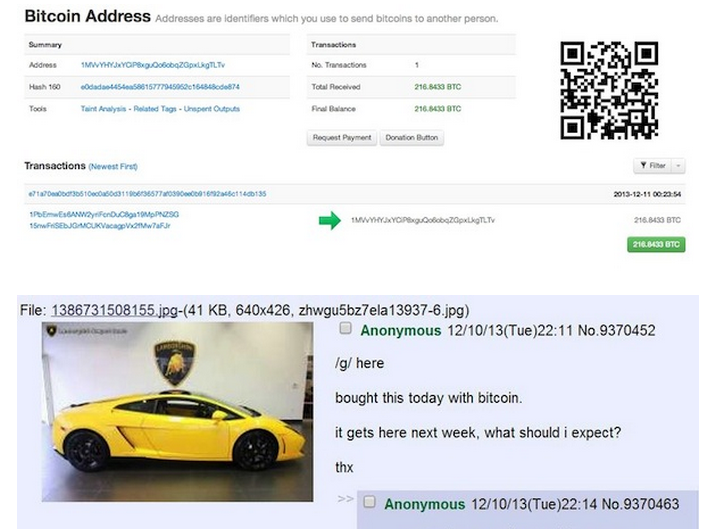