Mercedes officially unveil the brand new 2015 C-Class. With a new look, loads of tech, and premium feeling cabin, the new C-Class should be tough to beat.

Mercedes have been very, very busy this year. They’ve launched the S-Class, A-Class, the CLA, the GLA, and many other cars that have the letter ‘A’ in their names. Now they’ve unwrapped this, the all-new C-Class – the bread and butter model in the Mercedes lineup, the cheese and crackers, the beans and mash, and other mediocre food types. It’s Merc’s volume seller, well, at least it was, before all of the A models arrived. 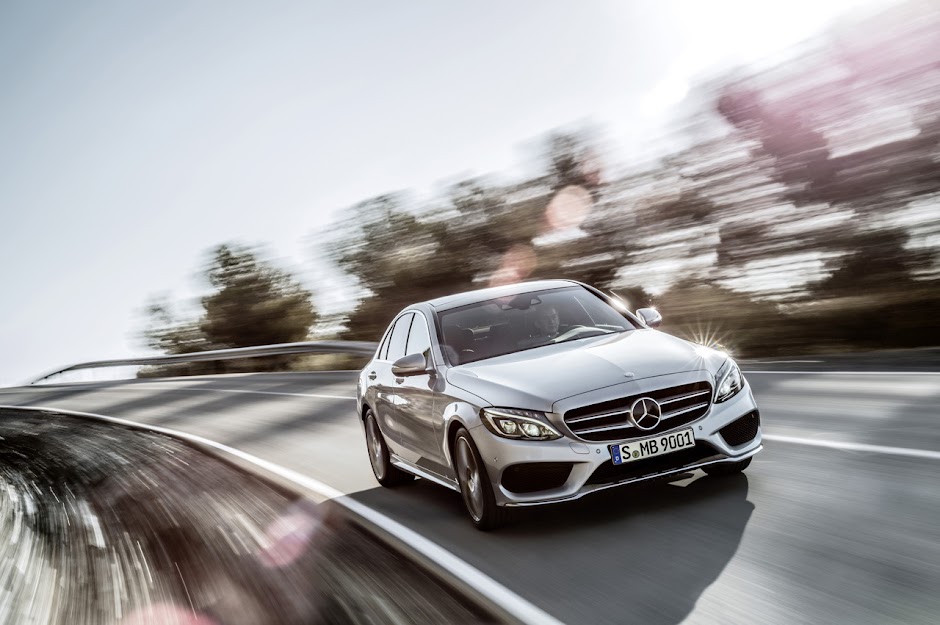 So, to differentiate the new C-Class from all of those A models, Mercedes have taken this new model up market. For starters it looks quite a lot like a shrunken down version of the big, expensive S-Class limo that your bosses boss drives. But because the C-Class is for younger, affluent types, there’s still a bit of CLA fun-factor thrown into the design. And when you option the AMG pack, you get very sporty front and rear bumpers plus some tasty wheels. It’s a handsome car, this new C-Class. 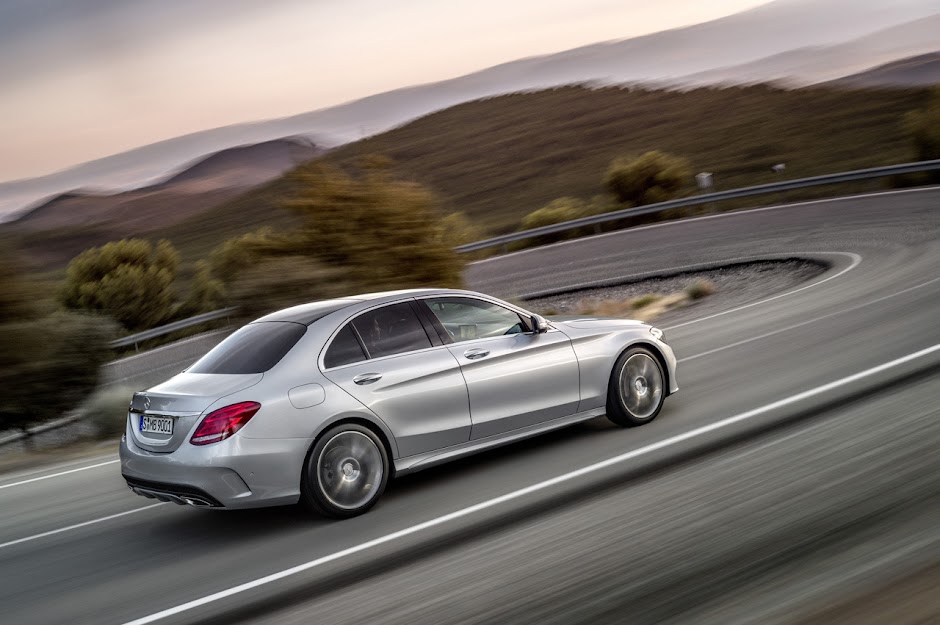 The new car is also quite a bit larger than the one it replaces because the C needs to be significantly bigger than the CLA four-door to justify the extra dosh Mercedes will charge for it. So, the new C-Class is 95mm longer and 40mm wider than the car it replaces, giving it more space for people and their luggage. But despite being physically larger, it’s also around 100kg lighter than before thanks to extensive use of aluminum in the body. 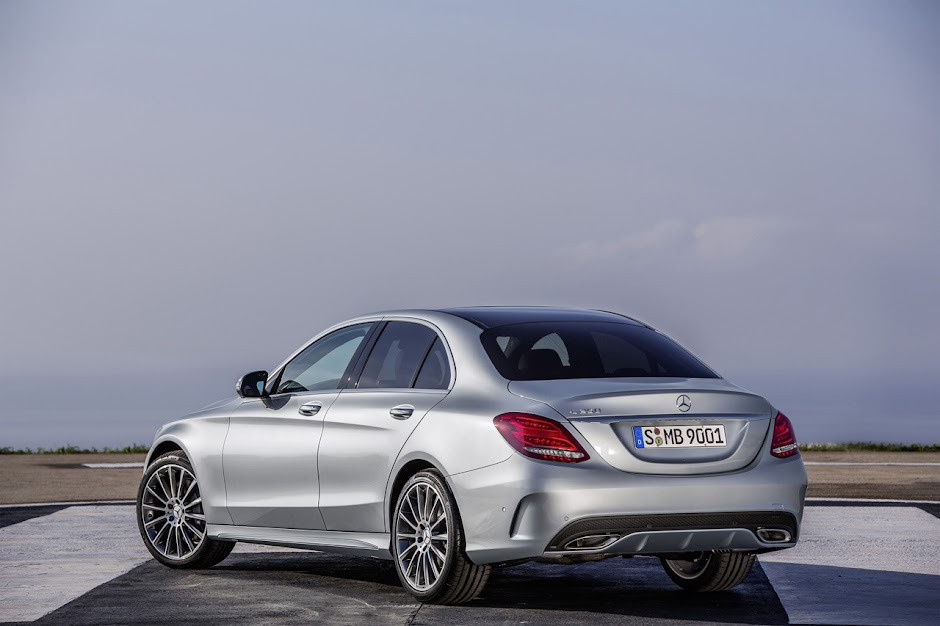 Mercedes has made great advancements with the interior design of the new C-Class. The amount of nice metal and leather in the cabin creates a very premium feel and this cabin easily bests any 3 Series or Audi A4 for luxury. There’s loads of tech in there as well, the C-Class comes standard with many assists, including Attention Assist, Collision Prevention Assist, Enhanced Active Lane Keeping Assist, Active Parking Assist, and others. It’s all to help you avoid the many perils that present themselves as you drive down the road, if you’re not very good at not crashing… 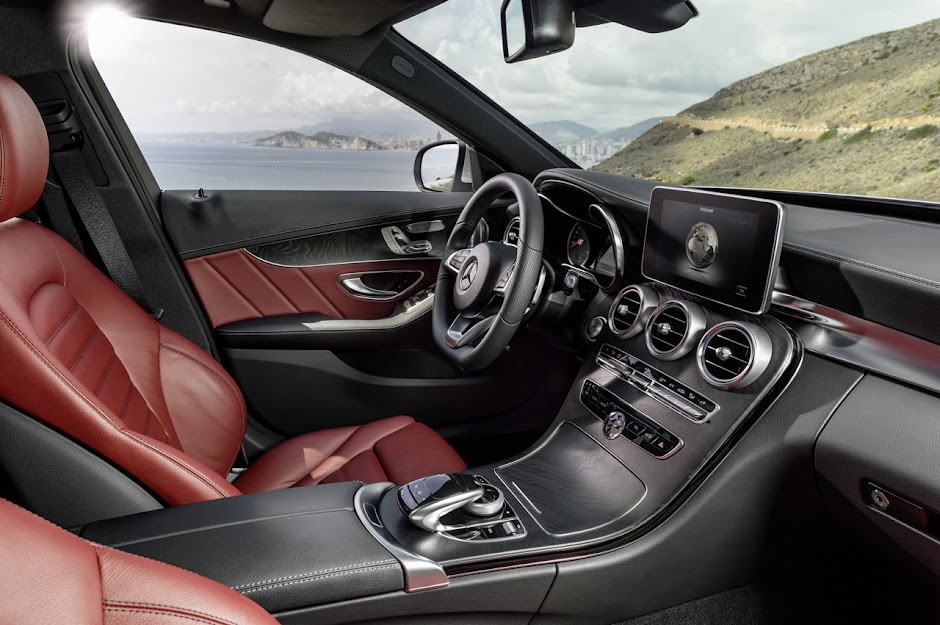 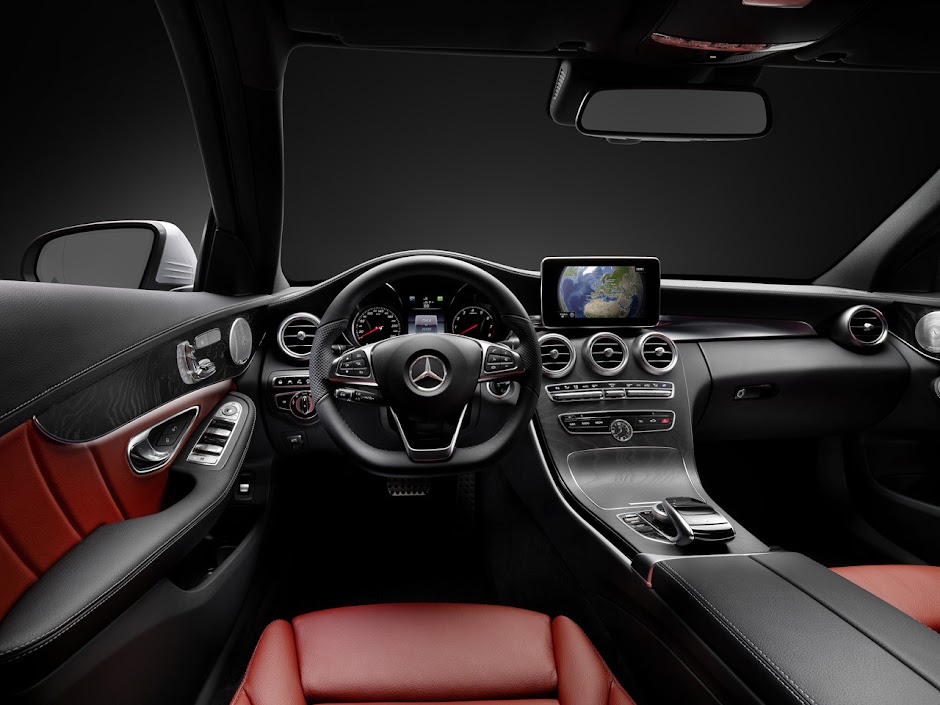 Once you’ve picked your engine you need to choose a suspension setup, there’s four of those – talk about choice. All C-Class models come standard with fixed rate steel springs, and there’s three different ‘direct control’ setups on the options list. There’s a comfort setup, a sporty setup which rides 15mm lower than standard, and there’s a ‘lowered comfort suspension with a sportier character’ – what ever that is. Oh, there’s also an air-suspension option. 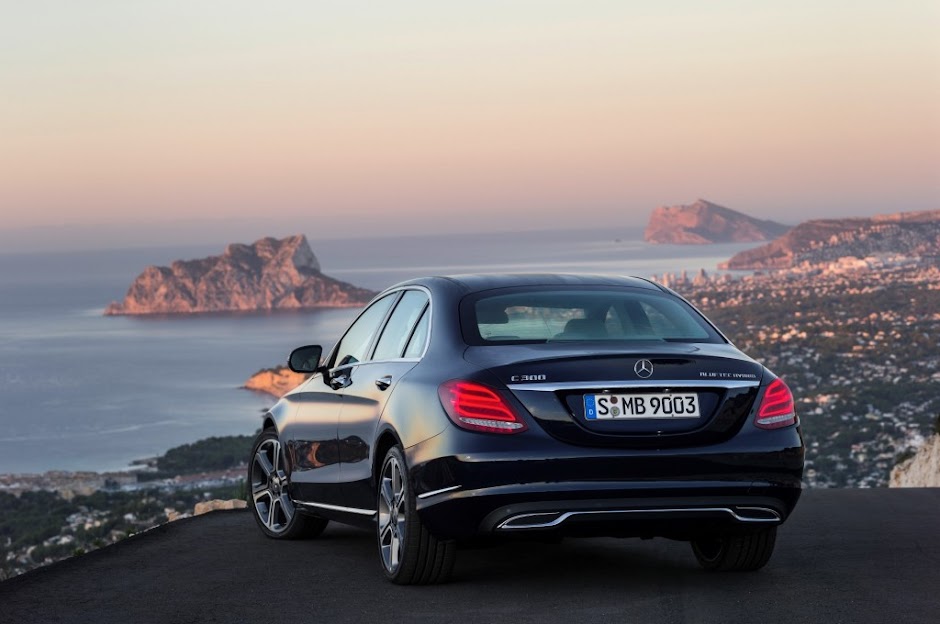 The new C-Class will go on sale during the second half of 2014 with pricing expected to be announced early next year.