FINALLY, after speculation, random shouting, some tiers – after it was (incorrectly) rumored that the new M3 and M4 would not be offered with a manual gearbox – and more speculation, we have official technical details on the new M cars!

As expected the screaming naturally aspirated V8 from the current car has been ditched in favor of six force-fed cylinders. Under the bonnet of the new M3 and M4 is a twin turbo (no twin scroll nonsense here) straight six motor which develops approximately 430hp and the torque figure “soars far beyond” 369lb ft – BMW still keeping their cards close to their chest. Anyway, the new engine produces a chunk more power than the old car and 30% more torque. We were quite worried about the prevalence of turbocharging and how that would effect the engine’s ability to rev and sing in the way that previous M cars have done so beautifully, but we’re told that this new engine will have its redline set at more than 7500rpm – excellent. 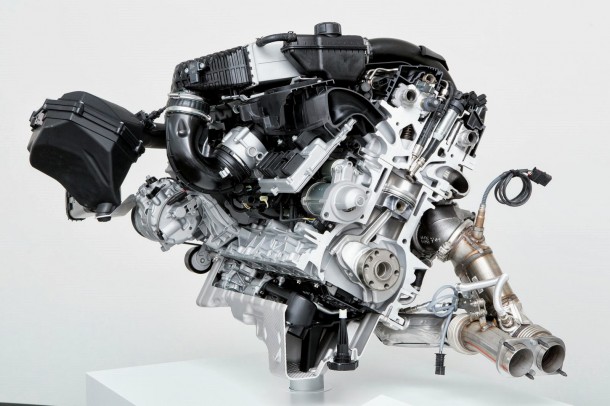 Transmissions? Yes, there will be a proper manual transmission in the new M3 and M4 models. BMW say the manual unit is now 12kg lighter than the current one and also quieter. Standard is automatic throttle blips on the down shifts, too, so you can pretend to be a DTM racecar driver. Of course the M-DCT double clutch transmission will also be offered and ticking that option box also adds an awesome launch control feature that will provide excellent pub boasting ammo. All models send power to the rear wheels, obviously, through the Active M Differential with constantly variable locking for optimum hooligan fun. 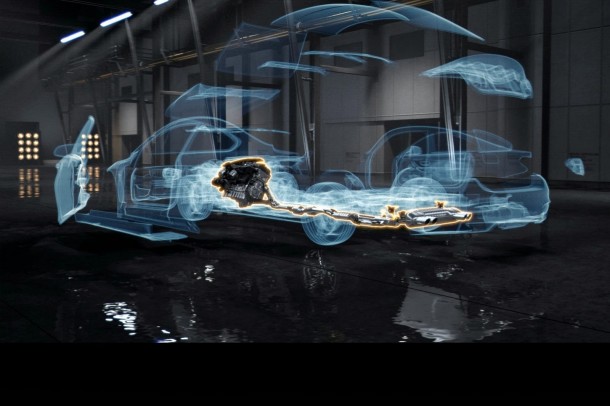 Weight is down compared to the outgoing M3 model and we want to congratulate BMW for reversing the trend of ever increasing M car curb weights. Less weight is the future. The last E92 M3 was just a little bit too porky, so on a circuit it cooked its brakes and wanted to oversteer everywhere. Both the new M3 and M4 weigh less than 1500kg. That’s a massive weight saving over the current M3 Coupe of more than 100kgs. The new M3/4 is even lighter than the 335i sedan by more than 20kgs!

How’ve BMW made it so light? Like previous M models the roof is made from carbon fiber, but also, the crankshaft is carbon, and the M4’s boot (or trunk) is made from the lightweight stuff, too. The front and rear suspension designs also save around 8kg compared to the current M3. Naturally the six-cylinder motor is a whole lot lighter than the big 4.0liter V8 used by the old car by itself, but it also uses a new lightweight magnesium oil sump to further reduce weight. So then, more power, less weight. As you’d imagine the M3’s power to weight ratio is up compared to the outgoing model and is now better than any other car in its class (C63 AMG and Audi RS5). 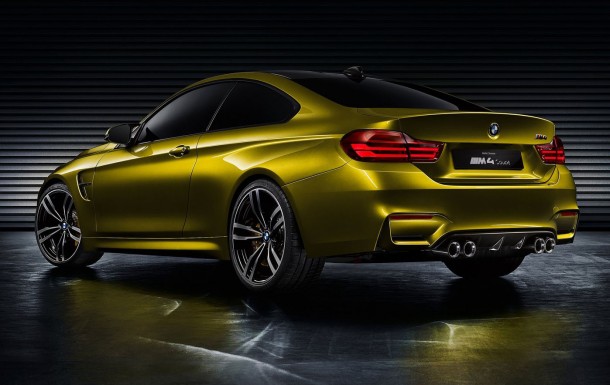 With less cylinders, less weight and turbochargers comes reduced fuel consumption and emissions. BMW claim a pretty substantial increase in efficiency of 25% over the thirsty V8 car. These improvements have also been achieved with the help of technology inherited from the current range of humbler 3 Series and 4 Series models, which does of course include, wait for it….electric power steering. M3 purists literally just threw their computers at the ground a fit of anger and fury. Yes, the M3 and M4 will use electric power steering, but the already quite good system has been completely recalibrated for use in the new M models.

The new M3 and M4 models will be officially revealed at the Detroit Auto Show in January next month. The M3/4 spec sheet is a delicious thing to digest, we’re excited.