See the leaked photos & details about the upcoming 2014 Maserati Ghibli before the Shanghai Auto Show. The aggressive 410hp Ghibli that will be Maserati’s first-ever diesel car. Find out more from carhoots.

A few hours ago, according to a man from Czech car website, Autoforum.cz, who probably has a filthy moustache, what you see above is a leaked image of Maserati’s new BMW 5 Series rival, the oddly named Ghibli – evil goblins spring immediately to mind when ever I hear that name.

We usually take this sort of ‘leaked’ information with a grain of salt, because just about anyone with a computer, a dingy parents basement and a slight idea of what a Maserati looks like could come up with a supposed ‘leaked’ image of a new car. But, with Maserati releasing official images just a short time ago we can now confirm that these images are the real deal, and that the Czech man with the moustache is in fact a time traveller.

The overall design is more aggressive than the larger Quattroporte sedan, especially that front end. The grille is now more angular, as are the headlights, and the bonnet is more shapely, and to feed the Italian heart that lives beneath it we have quite a large lower air dam. 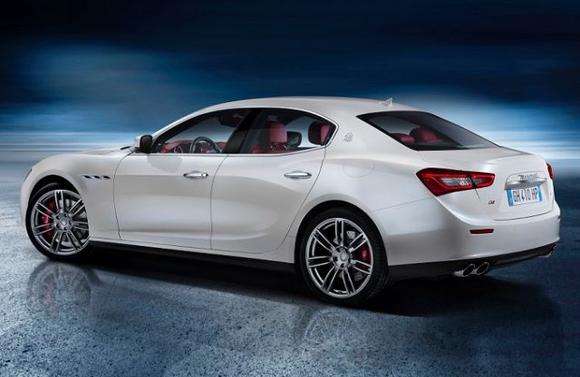 Along the sides we have the classic smooth Maserati character line and rounded roofline – looking from the window line up only, I see quite a bit of Gran Turismo Coupe, this is good. Look closely at the front fenders and you’ll see Maserati’s trademark three-port vents. Then we’ve got sharper, more muscular rear haunches than those we’ve seen previously on Maseratis, adding to the agro look. Follow that well-defined shoulder line rearwards and you’ll arrive at quite a blunt and slightly stubby boot (or ‘trunk’, you Americans!). The taillights look familiar and very similar to those illuminating the Quattroporte’s bottom, and a very un-offensive rear diffuser housing quad exhausts completes the package. 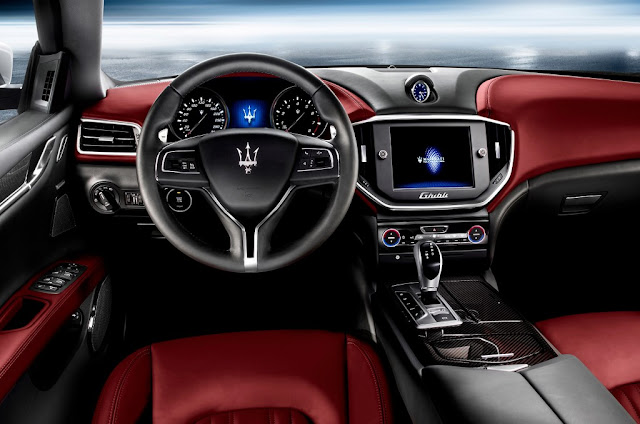 Overall the Ghibli is aesthetically more aggressive than its Quattroporte stable mate. Maserati has taken the Ghibli in a more dynamically focused direction now that the new Quattroporte has become softer both in terms of design and performance. 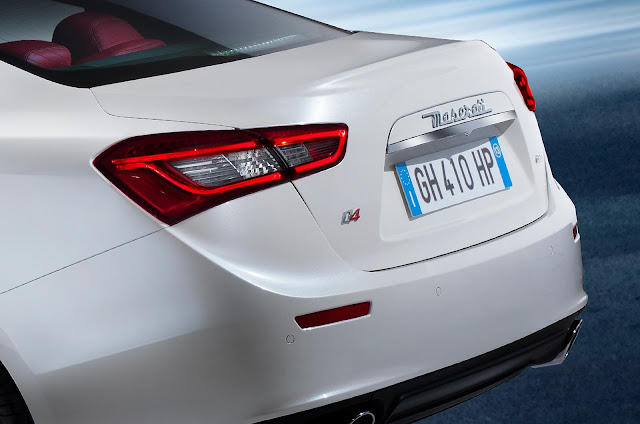 Look closely at the number plate on this particular car and you’ll see 410HP. Why yes, Maserati do produce an engine that pumps out exactly 410 horsepower, it’s their 3.0liter twin turbo V6. An engine that we know is destined to make its way beneath the Ghibli’s creased bonnet. We’re also expecting to see the Quattroporte’s 3.8liter twin turbo V8 producing around 530hp in a top-spec M5 rivalling Ghibli performance model. Rumours suggest that a 3.0liter turbo diesel V6 could also make its way into the mix. All engines will be connected to the brilliant ZF eight speed automatic gearbox, and there will be the option of a ‘Q4’ four wheel drive system for added traction.

We’ll have more details regarding performance figures and pricing later in the month when the car makes its global debut at the Shanghai motor show, unless our Czech genie friend manages to deliver them before then…

What do you think of the new Maserati Ghibli, goblin, thing Carhooters? Let us know by tweeting us @CarhootsUK or leaving a comment below!