There’s a new MINI coming! It’s not a giant SUV, or a weird looking coupe, oh no, it’s the proper MINI.

The only diesel engine which will be offered from launch is a 1.5liter turbo unit which develops 114hp and 199lb ft of torque. MINI reckon it’s seven percent more efficient than the 1.6liter diesel that it replaces and will deliver around 80mpg – not bad at all. All engines send power to the front wheels via new manual and automatic gearboxes with stop-start.

The new MINI will share the UKL1 platform with BMW (for use in the front drive 1 Series). Apparently this will lead to “even more precise and sporty handling” with “further advances in driver comfort”. Compared to the outgoing model, the front tracks are wider, the rear suspension design is lighter leaving more boot space and more lightweight materials have been used. 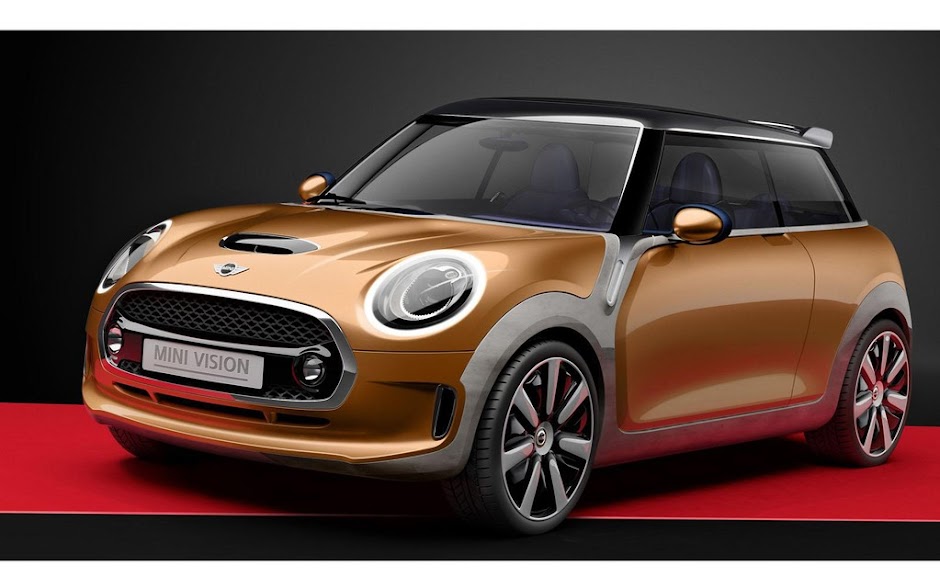 For the first time ever in a MINI adaptive dampers will also be available, likely as an optional extra. They will have two different settings, one offering a “balanced and comfortable” drive, the other “emphatically sporty” – whatever that means.
Electric power steering will also feature across the new MINI range and according to the lab coats the system promotes “agility, driving safety and comfort”. A new acronym designed to combat the evils of torque steer will also be standard helping to keep the front wheels stuck to the road. A new brake package is also said to reduce weight over the outgoing model.

Naturally, the new MINI has grown in size compared to the current car, so it isn’t particularly mini anymore. But, overall it is lighter than outgoing model. Most importantly though, it still looks like a MINI. The new headlights have been given the daylight running lamp treatment, and the front bumper is slightly more aerodynamic, but otherwise it looks largely the same as the current car. More changes are likely to be apparent inside, though we won’t know for sure until the car is officially revealed in November at the LA Auto Show.