The 2014 Porsche 911 Turbo has been revealed. With up to 560hp, it’ll rearrange your face – Carhoots explains how…

Behold, the new Porsche 911 Turbo, complete with side air intakes large enough to swallow your children and family pets. This, the latest installment in the 991 series of 911 looks pretty ruddy awesome and allegedly, eats the Nurburgring for breakfast – somehow. 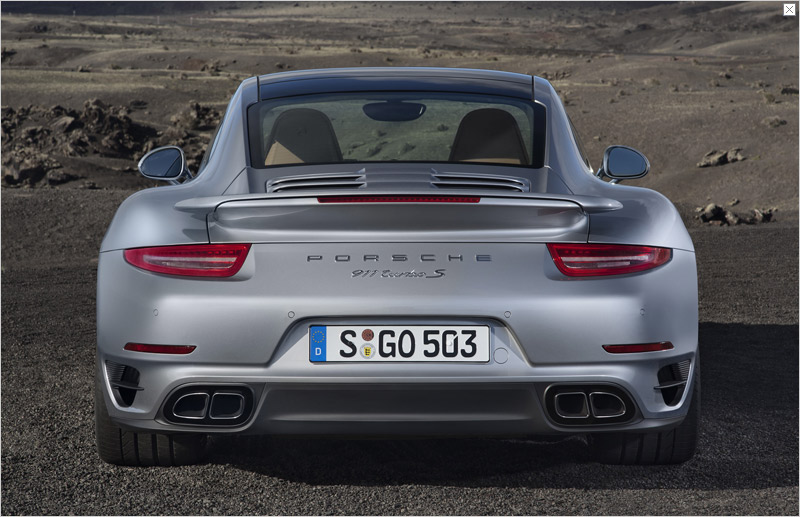 Crammed into the boot is a 3.8liter twin turbo flat six developing a pretty substantial 520hp, which is sent via a seven-speed PDK dual clutch transmission (no manual available) to all four wheels. 0-62mph takes just 3.2 seconds, which is quite startling.

But wait, there’s more. The Turbo S is even more impressive, it produces 560hp from the same 3.8liter unit and takes just 3.1 seconds to reach 62mph. Keep the throttled pinned for long enough and you’ll see 197mph on the speedo – you’ll also struggle to see Porsches claimed 24mpg figure. Basically, if you give the throttle pedal an enthusiastic prod, it’ll rearrange your intestines and give you a new – mostly petrified – face. 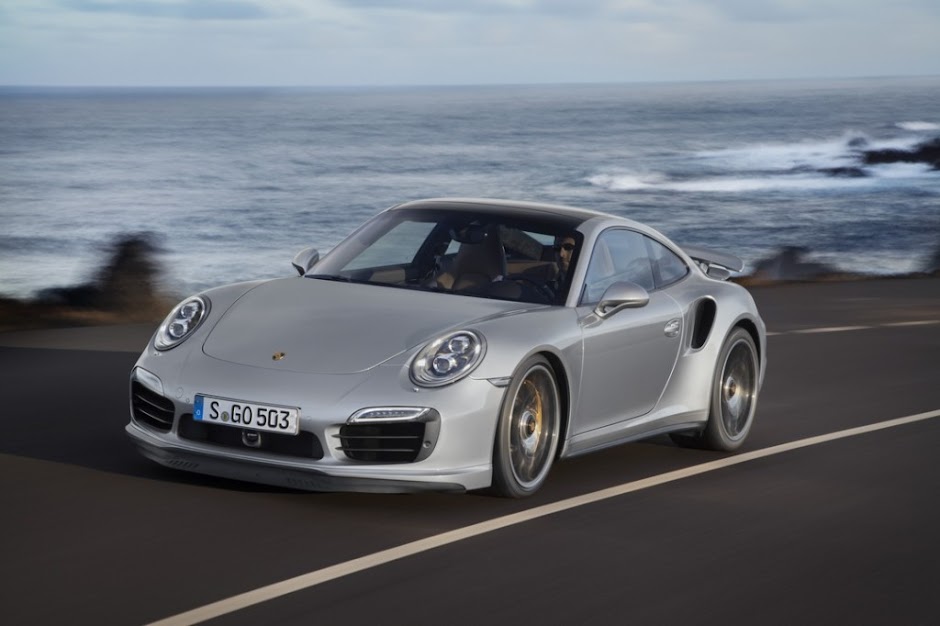 But as is the case with all Porsches, straight-line performance is only a small part of the pretty picture. Porsche says the Turbo S will lap the Nurburgring in “well under” 7:30, which would make it quicker than the Ferrari 458 and potentially even the Carerra GT supercar.

Like the new 911 GT3, the Turbo comes standard with rear wheel steering, which at speeds below 30mph turns the rear wheels in the opposite direction to the fronts, this effectively shortens the wheelbase and gives the car greater agility. Above 50mph the rears steer in parallel with the fronts effectively lengthening the wheelbase and giving greater high speed stability – it’s all very boffiny stuff. 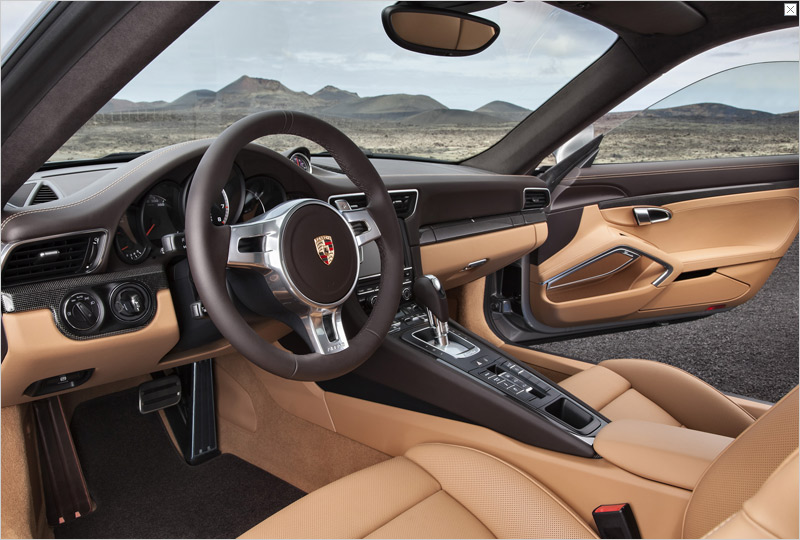 Other geekery available is active roll control, carbon ceramic brakes and active engine mounts, all of which are standard on the Turbo S and optional on the ‘basic’ Turbo.

The more eagle eyed viewer might’ve noticed that along with the new wheels, air intakes, active aero bits – which by the way have three different down force settings – and tasty exhausts, the Turbo is a precisely 28mm wider than even the wide bodied Carerra 4. That gives it a mean stance and allows even fatter rubber to be applied to those 20 inch forged alloys.

Sit back and see the monster in action below:

Porsche is currently taking orders for the £118,349 Turbo and £140,852 Turbo S monster with deliveries beginning in September. Want one? Us too.