Our very own Aiden Taylor’s humorous take on a new ‘drift mode’ that could view prove a very naughty invention for cars. Numpty proof drifting!

I’ve often wondered whether all of those electronic safety devices fitted to new cars could be made to do naughty things. After a bit of er, research, I’ve come to the conclusion that they can, probably.

I tend to see technology as an unnecessary evil, which is – in most cases these days – diluting the driving experience. Things like automatic gearboxes with far too many gears (apparently the Americans are readying a 10 speed auto, MAD), electronic power steering with no feedback, traction control systems that simply cannot be turned off, the list is endless.

OK, to prove that I’m not a total dinosaur I will admit that I like the idea of electronically adjustable dampers that provide nice a supple ride when you’re wafting along and razor sharp handling when you’re not. I also like steering wheel paddles fitted to automatic gearboxes, if you absolutely insist on having an auto, of course. 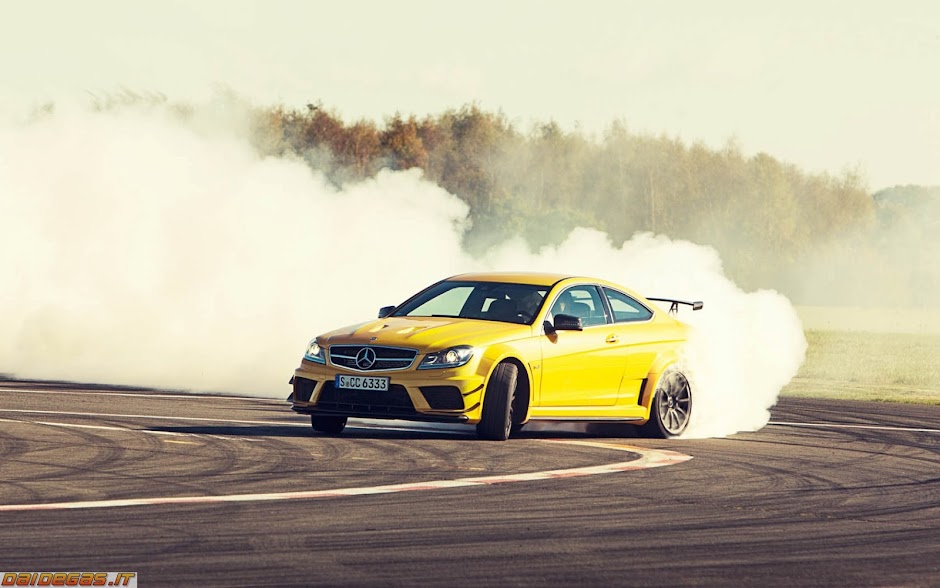 But it has just about come to the stage where the car, with all of its electronic gadgetry, can drive itself. And it must be said; it can do so far better than the ham-fisted oath sitting inside it, too. But, I wonder, can all of these electronic systems be conned into doing naughty things, such as, hmm I don’t know, pulling mahoosive smoky drifts without killing the idiot behind the wheel? 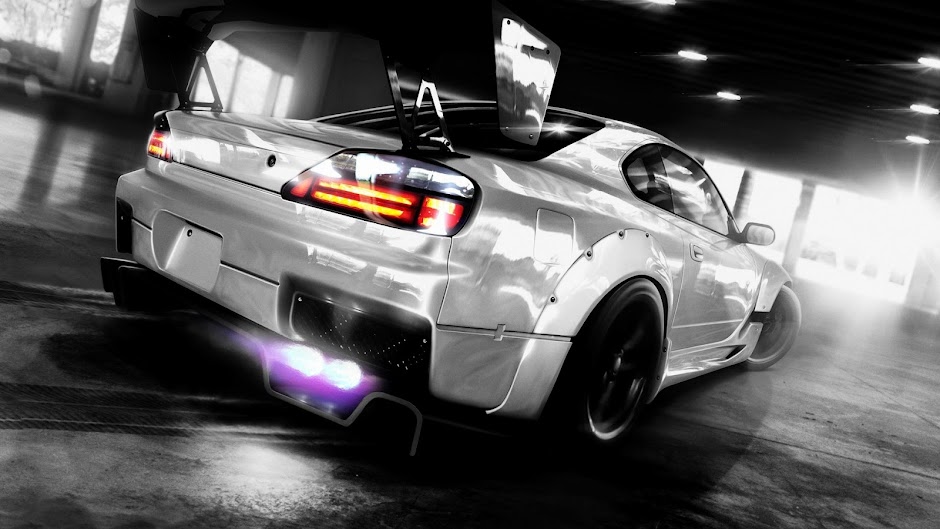 It’s not impossible. Think about it for a moment, the car has traction control, stability control, electronic brake force distribution, usually radars which are used for detecting silly people who might walk in front of you, in most cases automatic gearboxes and sometimes even electronic differentials. So if you could trick the cars brain into thinking that sideways is good, just imagine the possibilities!

Idiots in BMW M3’s could pull drifts to show off to their mates without crashing into hedges, and Mercedes AMG drivers could go sideways with a happy grin rather than a whimper caused by the typically petrifying, pooh stain inducing AMG behavior. Youngsters could do the same but in front of completely unimpressed (lets face it, they’re really impressed) pretty girls.

So here’s how it would work, and esteemed car manufacturers of the world, you might want to take out a pen and paper to scribble down some notes on, use a McDonalds napkin if absolutely necessary. The car would have a drift mode, which, like sport and sport plus modes, alters the cars character. This would put the electronic dampers into the necessary setting, adjust the throttle mapping and clutch engagement settings, the traction control would be switched mostly off, the radar system would look for gutters, tree’s, cliffs and pretty much anything that isn’t grey that you’ll want to avoid, and the other electronic bits will do their thing.

You’ll arrive at a corner, mash the throttle, the gearbox will simulate a clutch kick to get the tail out, you’ll then apply some opposite lock, and – here’s the best bit – it doesn’t even matter how much lock you apply because the electronic brake force distribution system will monitor your steering angle, have a word with the radar system, and then adjust the brake force at each disc to make sure the car isn’t going where you don’t want it to – the car basically steers itself -, keep the throttle mashed and the car will eventually wind down the power, straighten the steering wheel and prepare to do it all again. It will be absolutely numpty proof! Even the most ham-fisted person could pull off the perfect drift.

What this will do is send sites like Wrecked Exotics completely bankrupt because no one will be crashing their fast cars anymore, well, unless of course they try and be a hero and actually turn EVERYTHING off. But I think it’s for the greater good of humanity. I find it genuinely heartbreaking seeing beautiful Ferrari 458’s constantly crashed by people whose trousers are mostly fallen down.

Of course this means that people who can drift without cheating might be mad, but not to worry because I’ve considered this and come to a compelling conclusion. It wont be difficult to tell whose cheating because they’ll be the ones in the numpty-mobiles using one hand shouting lame phrases – things like “I HAVE THE NEED FOR SPEED” etc. – at people on the sidewalk as they show off in a thick cloud of tyre smoke. They’ll also be the ones who never have any tyres left on their car.

But I think there’s potential here; the technology is already in most high-end cars. The boffins just have to be a bit naughty and fiddle with the cars’ brains. Just imagine the endless possibilities…

It’d make up for the automakers taking away our beloved handbrake, a tool which when used correctly could make pretty girls interested in you, probably. This new drift mode would be that wonderful love affair all over again.

Now with all this talk of drifting, we’ll treat you with a cooling drifting video, ‘Best Moments from Red Bull Car Park Drift 2013 U.A.E.’

Have I gone totally mad Carhooters? Or is this a brilliant idea? Let us know by leaving a comment below or tweeting us @CarhootsApp!