Like the new BMW 4 Series but want a bit more flare, individuality and speed? Carhoots has good news! 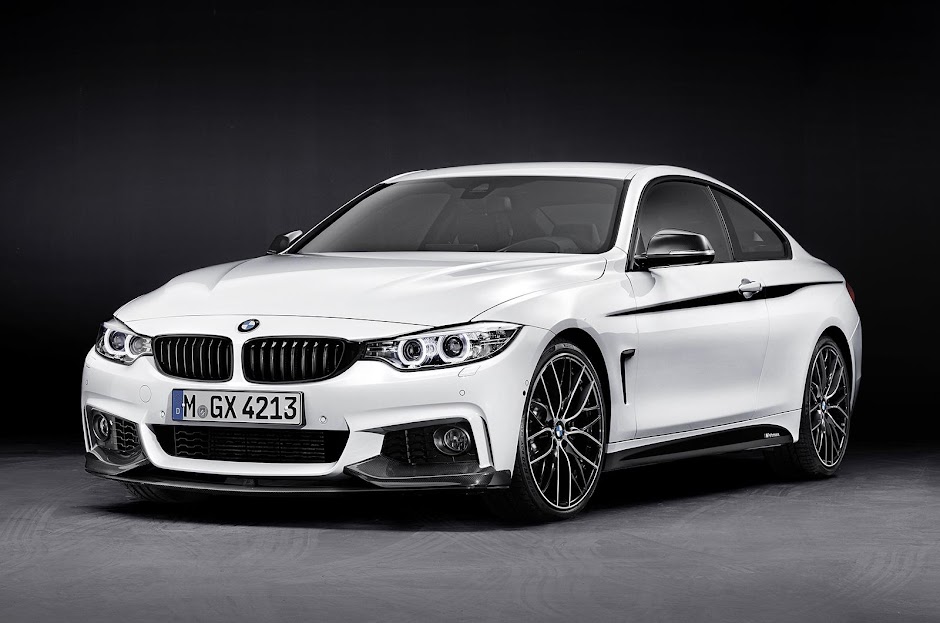 FOUR Series. Remember? It’s the replacement for the 3 Series Coupe. Apparently it’s confusing having the 6 Series as a standalone model when your other coupe-shaped car shares its name with a sedan. Plus, Audi use different numbers for their coupe models, so you also have permission to blame them for this… But we won’t get bogged down in that issue. Anyway, so from now on all of BMW’s coupes and convertibles will wear evenly numbered badges.

What about that 6 Series sedan gran thing?

BMW call that a four-door coupe… Yeah, us neither. Anyway, we’ve moved quite a long way off topic thanks to your inquisitive questions. The car you see here is no ordinary BMW 4 Series. The standard one, even with the M-Sport pack, looks less aggressive than a squirrel, but with these special M-Performance styling bits we think you’ll agree that it looks properly angry. Which is good.

The cosmetic upgrades include racy 20in wheels, carbon front splitter, black grille, side gills, skirts, door mirrors and rear spoiler as well as that black decal along the side. The rear bumper is also new and makes the 4 Series look all hunkered down and nice. 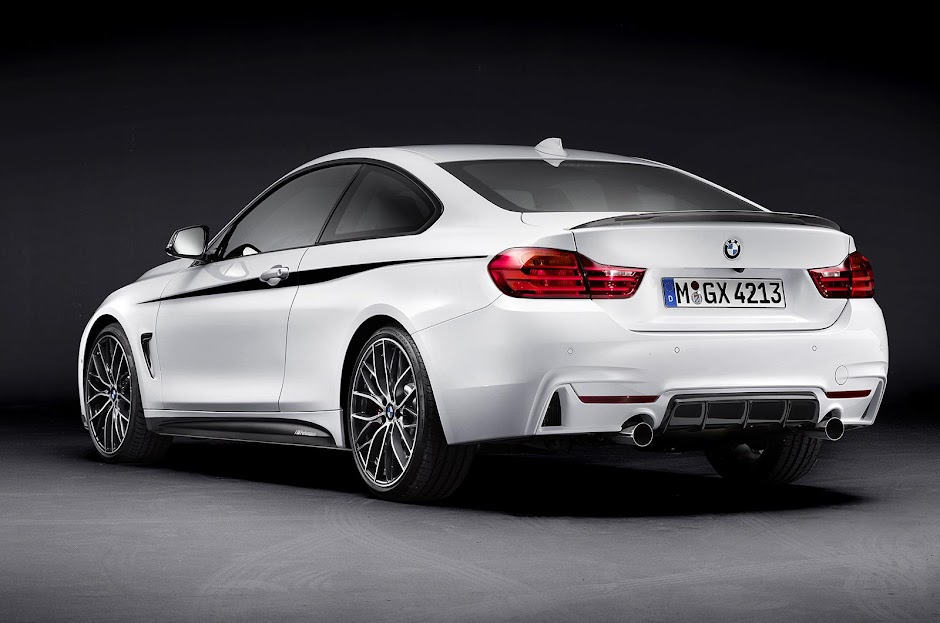 You can keep the skunk-like black stripe. That interior isn’t standard, is it?

No, it isn’t. We’re guessing that someone at BMW has a mild obsession with carbon fiber and alcantara, because the stuff is everywhere – no bad thing, y’know. The dash features a swathe of alcantara with an un-subtle M-Performance badge to remind passengers that they’re in something a bit special. The gear selector is wrapped in carbon fiber and surrounded by more of the lightweight stuff. If you’re really into raciness then you could even have a sports footrest, honestly.

BMW’s standard M-Sport steering wheel is wrapped in gripy alcantara and features a nice slither of carbon fiber down its center spoke and around the central hub. It also has lights in it… We’ll let you decide whether that’s cool or not, but just remember that you can have all of this kit on a 2.0liter diesel powered 4 Series. 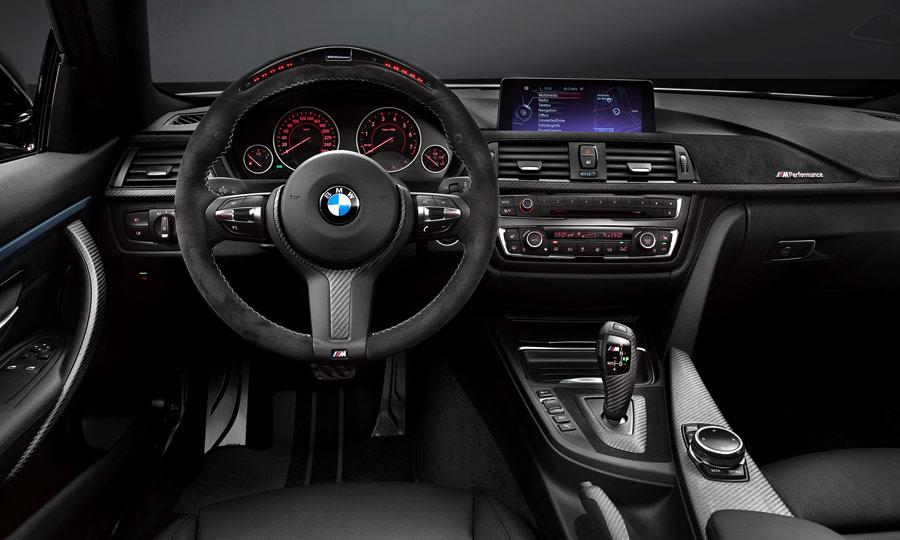 Please tell me that they’ve at least increased the power…

Good news! They have increased the power. Prepare to be bombarded by some numbers. The 420d’s power rises from 181hp/280lb ft to 195hp and 309lb ft, the 428i gets its power bumped from 242hp/258lb ft to 269hp and 287lb ft, finally, the range topping 435i gains 34hp and 37lb ft now producing 336hp and 332lb ft. BMW reckon they’ve achieved these useful power gains by fiddling with their engines’ software and adding in a sports exhaust but aren’t telling what effect the power gains have had on the cars’ straight line performance.
Naturally, the Bavarian Boffins have also added in a limited slip differential along with sports suspension plus bigger brakes to help control those extra raging horses and give the 4 Series a more dynamic focus.
The car you see here is the fully optioned M-Performance model, but as has always been the case with the special M-performance bits you can pick and choose what you do and don’t want. So you could just take the power upgrades, or, if you’re a style over substance sort of chap you can order the cosmetic trinkets alone. 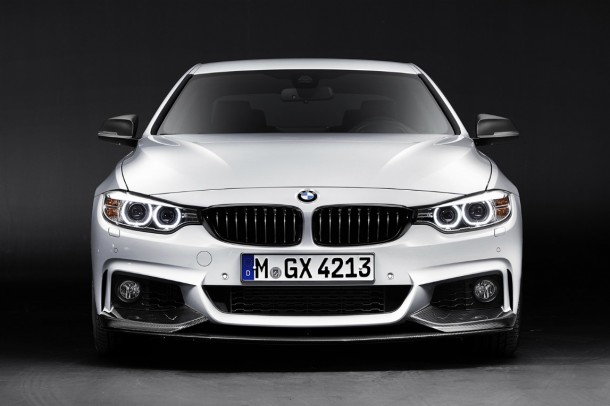 Funny you should mention that…