It’s the first Datsun in many years, it’s blue, and it likes to go, probably. Introducing the new Datsun Go…

The aim of Nissan’s revived Datsun brand is to take the Japanese automaker directly into the misty realms of the supercar. And in far deeper than the GT-R ever could manage. As such, it aims to satisfy three main elements on the petrol head menu – power, speed and aggression. Naturally, the brands first new car is a bit of a monster, and we think you’ll agree that it certainly looks the part. It’s called the ‘Go’ because, obviously, it likes to go, and go hard. To make it so go-y, beneath the creased and chiseled bonnet is a 700hp quad turbocharged engineering masterpiece, allowing the compact Go to travel at the sort of speeds that would make cars like the Lamborghini Aventador and Pagani Huayra weep. Not really. I sort of made this entire paragraph up… Because, the Datsun Go is less interesting than a soggy tea towel. 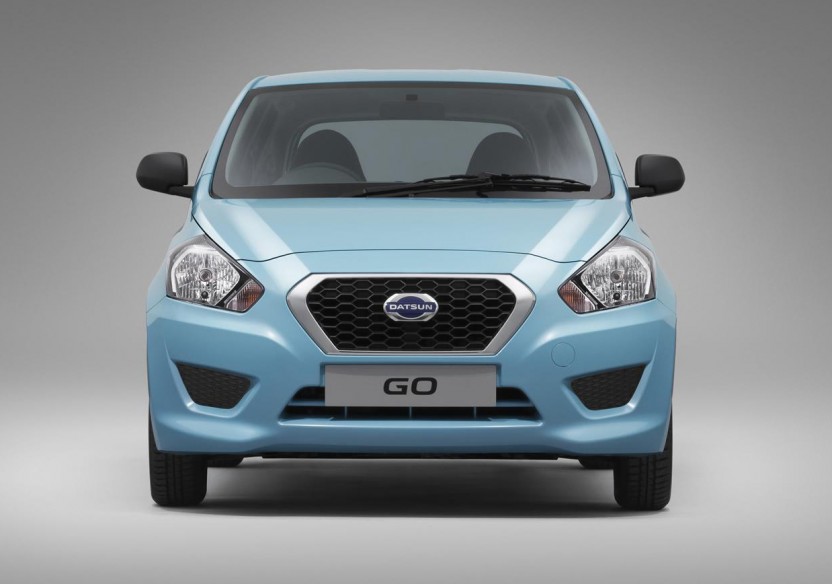 Beneath the lifeless piece of metal covering the mechanical bits is a 1.2liter engine, with some cylinders and some horsepowers. Datsun won’t tell us how many cylinders or horses its contained into 1.2 liters but promises “impressive acceleration”, so there could very well be a V8 under there, a very small high revving one perhaps, like a Formula One racer… Or a piddley little three-cylinder engine with about four horsepowers. 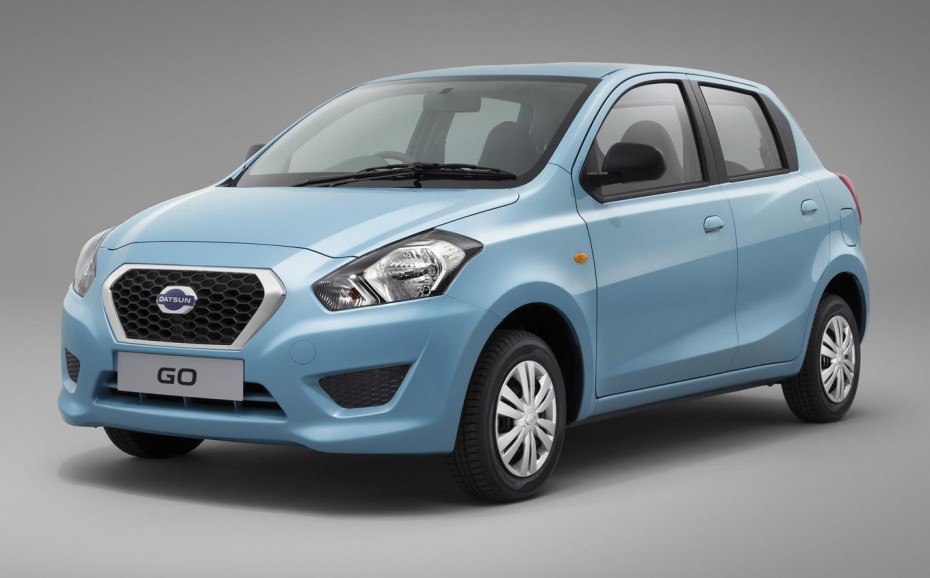 The interior is pretty sparse, but not in the good racey sort of way that Porsche manage to pull off brilliantly with their GT3 RS models. What’s more, they’ve gone with a beige theme, which is always a good choice, if you’re target market consists only of pensioners (which Datsuns doesn’t, they’re all about the youngsters). And the plastics look cheap enough to not look out of place in a Hyundai from the eighties. The Go is not without luxuries though; it comes with an interesting interior feature called the Mobile Docking Station, which makes iPod-style connectivity (what does ‘iPod-style’ mean?) available. 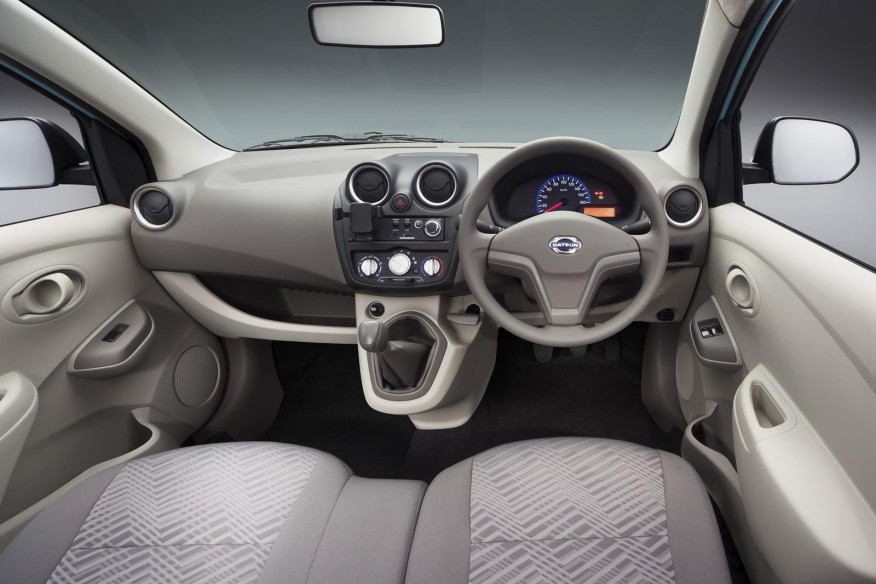 The Go might appear to be a horrible little car, but you could quite easily forget about how crap the interior looks, how slow it may or may not be, or how stupid the Go’s excitable face looks once you read the price, well if you care very little for the motor car, just want a simple device to take you places, and don’t care about speed or style. 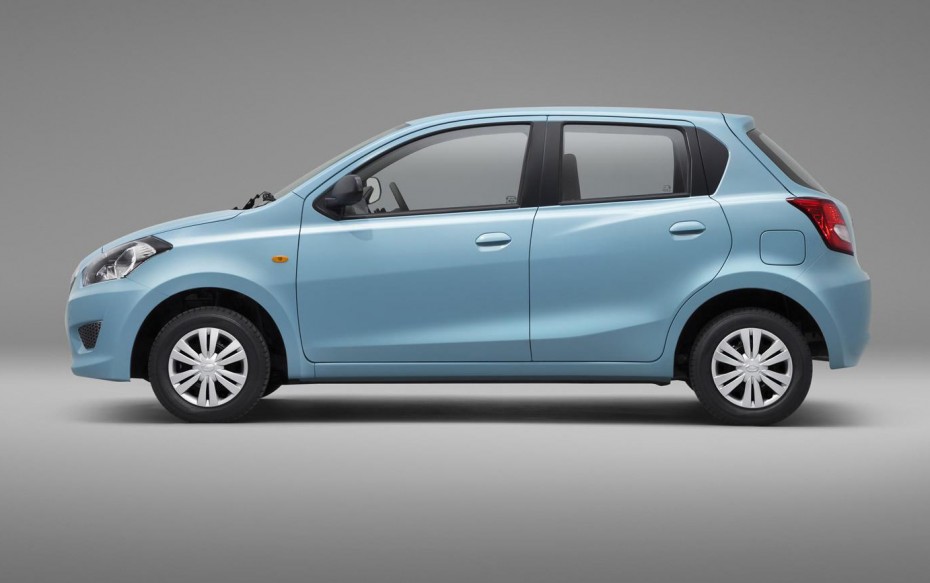 Anyway, the Datsun Go will start at 400,000 rupees – whatever those are. Apparently four hundred thousand of them are the equivalent of about $7000. That makes it pretty good value, especially when you consider that the Go’s main rival, the Ferrari 458, costs no less than 30,900,000.00 rupees. 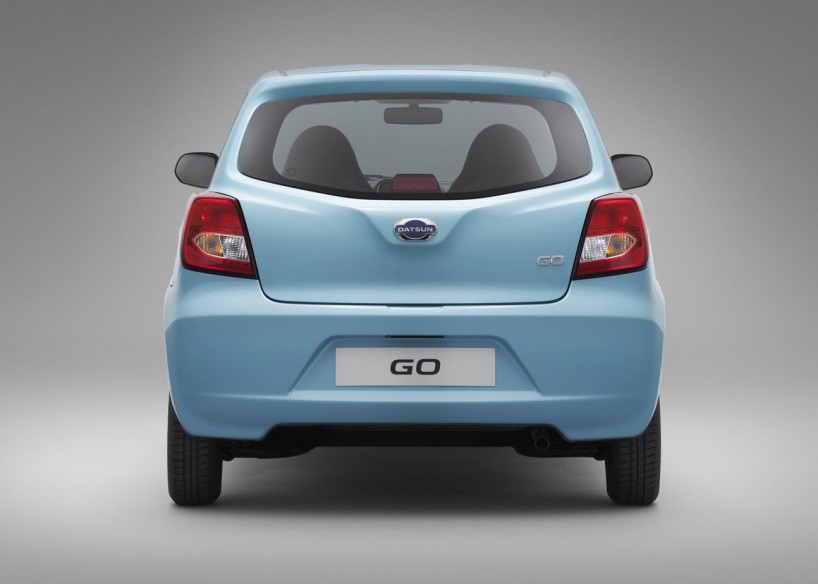 Initially the Go will be offered only in India (hence the rupees), before taking on Russia (look out for them on Russian dash cam videos), South Africa and Indonesia. Nissan stated that they believe the Datsun brand will “contribute significantly” to the company’s success in emerging markets, and as such, has no plans to offer Datsun branded vehicles in Britain or the U.S.