No racing driver wants a ‘sh**ty’ exit from race, but this is quite literally what Mikko Hirvonen got when he crashed into a pile of manure this weekend!

Mikko Hirvonen’s 2013 World Rally Championship campaign at the Wales Rally GB finished rather abruptly when the the Finnish rally pilot and his and his co-driver, Jarmo Lehtinen, crashed their Citroen DS3 into a pile of manure which covered their car and flooded their cabin, forcing them to retire from  race.

While it sounds like a scene from Back to the Future when Marty Mcfly leads Buff into the manure, when explaining the situation, Hirvonen was quick to point the blame on his co-pilot rather than some kid on a hover board:

“It was a small mistake from Jarmo,” Hirvonen said. “We had a really long flat sixth-gear corner which tightens into fifth but for some reason Jarmo never mentioned that it tightens so I just went flat out and it was a little bit too fast.”

Check out the videos and hold your nose… 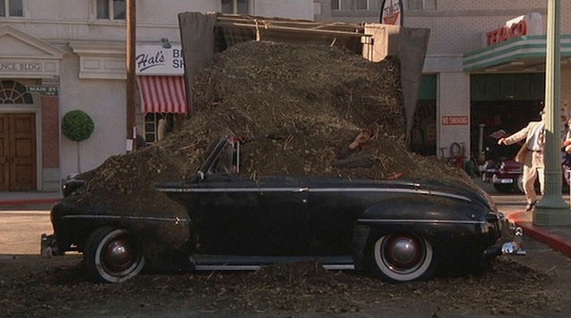