In what has to be one of the more exciting periods in British sports car history, with
cars like the new Jaguar F-Type and Morgan’s Three Wheeler showing that Britain is
not just some rock floating blissfully in the North Sea. Carhoots’ Dan Agombar
travels to Malvern to take a look at how Morgan are putting the fun and involvement
back into driving.

Today I thought I would write about a company that i have had the pleasure of recently visiting. They make classic sports cars in the picturesque Malvern,
surrounded by a plethora of views and moreish country lanes. This is the home of the
Morgan Motor Company, the quintessentially British sports car maker who over the years
has won over the hearts of many, while transforming their brand into one of the most
desirable in the World. Though some people – Clarksonite’s no doubt – are stuck in a
stigma, with classic lines like “they make the chassis out of wood” and “doesn’t Hammond
have one?” making a far too common occurrence.

To clear things up, Morgan has never made chassis’ from wood, and despite household
name clientele (which yes, does include Hammond) the company is by no means
unapproachable. Quite the opposite. Walking into the visitor centre you know you have
stepped into a company full of enthusiasts. Every person you have the pleasure of
speaking to is passionate about the brand and the cars that it produces. It’s plain to see,
Morgans handcrafted roots are married with modern technology to create the sumptuously
curvaceous lines and ‘driving by the seat of your pants’ thrills that are present in every
Morgan.

Now I must admit that I have always been a Morgan enthusiast, ever since I watched
‘new’ Top Gear back in ’04 and Hammond tested the Aero 8 GTN, my 10 year old self was
completely hooked and I wanted to own one more than any Ferrari or Lamborghini.
Morgan has moved on since then though, a new design department has led to AeroMax
(which shifted the brand into a whole new territory, high end super cars) and the new
Three Wheeler (which had the same effect but at the opposite end of the price spectrum).

I honestly think that if you are on the fence about Morgan, or have the slightest whiff of the
petrol head gene. You are stupid to miss out on an opportunity to go on one of the factory
tours.

A car related experience like no other, you are taken through the factory, from the top of
the factory hill, all the way to the bottom, being shown every process along the way to
producing a finished Morgan. Lasting around a couple of hours, it is an insightful journey
through a production line unlike any other. From the making of each component, to interior
fitting and the finishing shop where the cars are tested and polished before being shipped
to eagerly awaiting (and extremely privileged) customers. 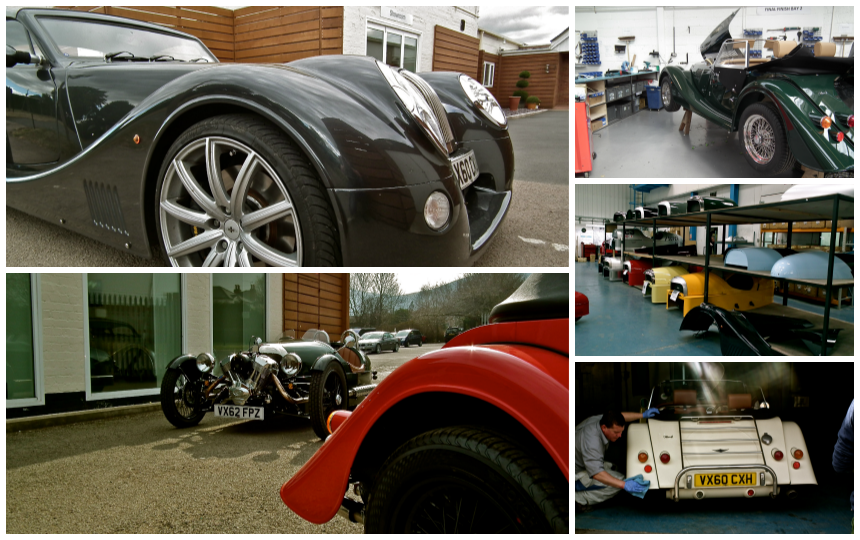 Everywhere you look there’s something going on, the highly skilled factory staff
handcrafting each individual element of the 1200 cars Morgan makes every year. When
you are at the factory, you really do get the opportunity to take in the sights, the sounds
and the smells of the freshly cut wood and the recently trimmed leathers. Any other manufactuer would never offer a factory tour without closed doors ,whereas with Morgan you see some rare one offs and extreemly exclusive cars being made by some of the most enthusiastic craftsmen and women in the World. 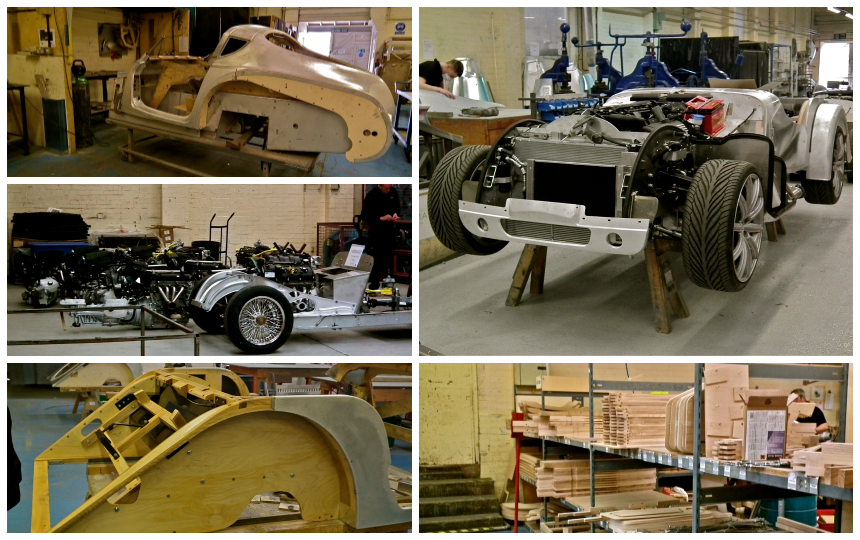 It is incredible to think that with just the use of hand tools and a team that is skilled enough
to wield them, Morgan is able to make some of the most finely crafted, nicest sounding,
and fastest cars for a b-road blast. That for over 100 years, the company has strived to not
only preserve what we real car enthusiasts love – lightweight, jaw-droppingly gorgeous
British sports cars – but also taking the time, the risks and the investments associated with
new construction techniques that have revolutionised the way high end cars are produced.
Superforming Aero panels was just the start, and I personally cannot wait to see what
surprises Morgan has in store with projects such as LifeCar, Eva GT and Plus E still to be
bought into the limelight of production.

Though that wasn’t the end of my trip to the glorious Malvern Hills. Stay tuned here on the
CarHoots Blog for an in depth look at some of the latest cars from Morgan, including the
intoxicating new Three Wheeler, and some incredible carbon fibre thrones in the
bewitching Aero Coupe.

What is your opinion on the iconic British sports car company, Morgan? Have you ever
been to the factory in Malvern to see these cracking sports cars being made? Join the
discussion on Twitter @CarHootsUK, like us on Facebook or post a comment below.

Thanks to the Morgan Motor Company (@morganmotor/@charlesmorganuk) for allowing
CarHoots to come down and take a look at your stunning factory, it certainly won’t be the
last time we will be visiting.