Hetain Patel, a British artist, took 3 months to turn a battered Ford Fiesta into a ‘Transformer’

The sculpture is influenced by his Indian, working-class background and the 1988 Ford Fiesta was the same model as the artist’s first car. His father and brother helped him on the project and the finished sculpture can be viewed at the Galleria Continua in France until December 22nd. 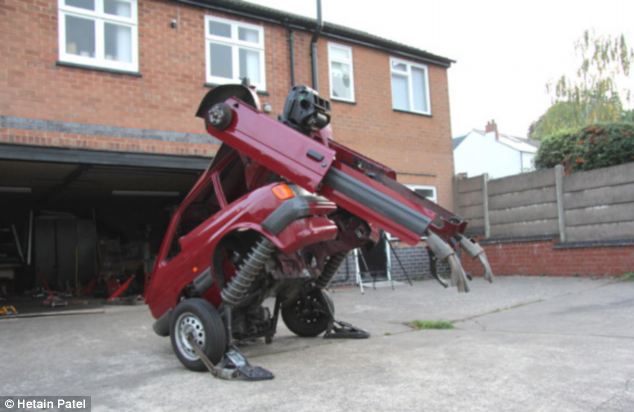 Check out the cool images – incredibly, the back wheels of the car have been changed into the legs and feet of the squatting robot and the doors have been used to create long arms. The artist has said that the ‘Transformer’ is influenced by his identity and explores the relationship between class, immigration and family. He mentions that the car also represents his independence. The squatting pose was chosen to represent a human ‘calmly ‘squatting’, rather than a powerful robot as seen in Hollywood films. This posture ‘is a recurring image’ in his work and Mr Patel claims it ‘forges a link between the lower classes in India and my immigrant family in the UK, both of whom sit comfortably this way’. 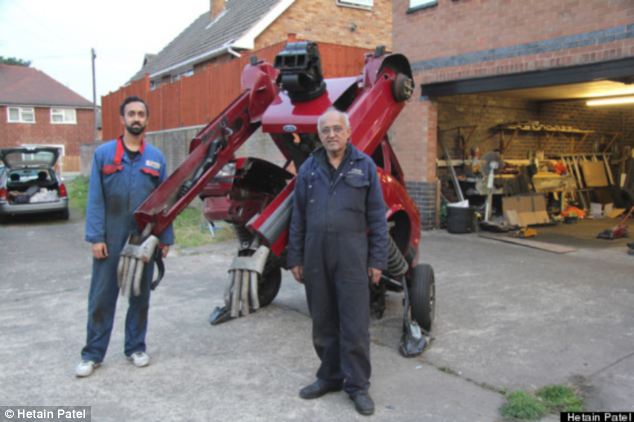 If you’re a Transformer fan you may already know that they were launched in Japan in 1984. Originally they represented alien robots disguising themselves as cars. They’re now often seen in films and comic books, or in this case influencing modern art.

If you were to design a Transformer from a traditional British car, what would it look like?