Aiden Taylor takes a look at the serious world of Go Karting & the common racing complaints faced by all racing drivers from F1 to V8 Supercars.

Those of you who follow me on Twitter for some strange reason might know that I’m a bit of a keen go kartist. For the last few weeks, when I haven’t been writing about new Porsches and Mercedes’ for Carhoots, I’ve been going go karting, it’s huge fun and you can really learn quite a bit about car control from belting something slow and shoe sized around a track. But most importantly, it’s given me an insight into what it must be like to be a proper racing driver with a professional looking helmet and actual skill. Whenever I saw someone in the post race interview complaining about how their engineers didn’t screw their car together properly I simply wrote this off as a typical racing driver excuse – it’s never the drivers fault, is it?

Well, I’m not so sure anymore. Because I’ve recently learnt that the car has a profound effect on how quick you can really go – shocking, isn’t it? Hear me out. The first time I dabbled in go karts I must’ve had a ruddy good kart because I finished the first session on top after having never driven on the track before, either that or I’m just a brilliant driver. The second session I got into a different kart, I entered turn one as I would’ve in my previous kart – at full tilt, obviously – and immediately spun into a wall – this wasn’t very nice. This made me angry, and slow. So I finished that session in a very mediocre fourth place. For this, I blamed the machinery, as a good racing driver should.

Yesterday I gave it another go, but on a different, twistier track this time. For the first session I must’ve had one of the worst karts on offer because no matter what I did the kart wouldn’t go through a corner without sliding sideways or understeering into a wall. The next time around I went in much slower, no slides here, but instead approximately the entire field passed me. This was frustrating, so I essentially gave up on going fast, instead I just threw the kart in at what was probably nearing warp speed to see how much drift angle I could get. The answer is, not a great deal, because the motors cough out a measly not many horsepowers. It was still fun though, and my average lap time was approximately three seconds slower than my best, which was comforting.

The second session of yesterday I was sure to jump into a different kart, this one was faster. But not necessarily better. OK, it was better than the first sessions kart, there are Toyota Prius’ driven by pensioners that go around corners quicker than that kart. This one was quicker down the straights, which made fending off the quicker karts that were right up my tail through corners – where my kart fell to pieces – a little easier.

The reason I’m so shocked at the difference between each kart is because they’re all mechanically identical, every kart had the same crumby engine, the same little wheels and tyres, the lot, the only difference was that most were red, but there were some black ones too, and they were useless – not being racist, they genuinely struggled.

It’s the same story with Australias V8 Supercars racing series, this year every car uses the same basic chassis, gearbox, and tyres, the only difference is the engine, body styling and suspension tunes, which could be quite frustrating for the drivers in the same way that I was frustrated by my inability to choose a good go kart. Because technically each car should handle very similarly to the other, since they’ve all got the same hardware, but they simply don’t. It’s a similar case with NASCAR, except none of them really ‘handle’ at all if we’re honest. 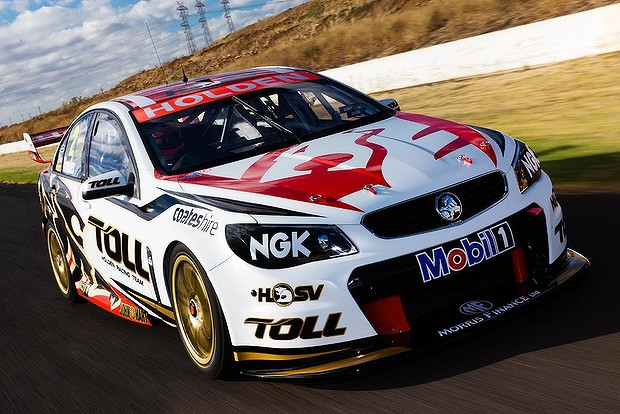 So, basically what I’m trying to say is, perhaps ‘typical racing drivers excuses’ are actually genuine. Maybe Mark Webber does keep getting glitches with his launch control system and maybe sulky Lewis Hamilton’s car is actually rubbish sometimes. Or maybe, I’m just trying to persuade you all into thinking this before I become a big shot racing car driver and inevitably come out with the good ‘ol “my car was rubbish” excuse, which admittedly does seem unlikely, for now at least. But, if I get into my brilliant number 38 kart again, look out. I’ll be up there. Probably.

But all jokes aside Carhooters, go have some fun in go karts, you’ll feel understeer, oversteer, and all those car control terms that we often mention here, in a safe environment while driving at the ragged edge! GO!