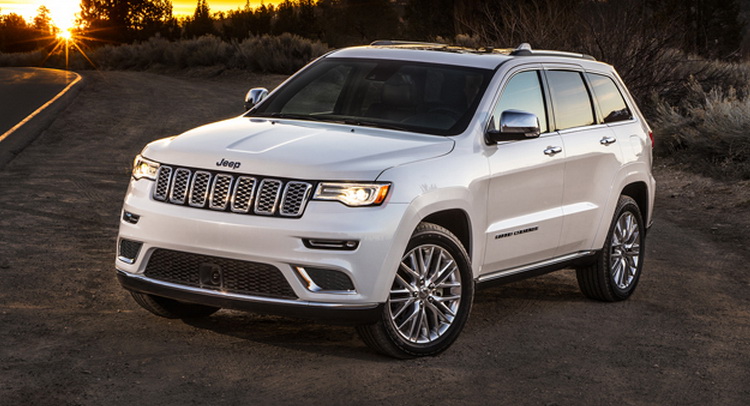 Jeep Cherokee is a name given to a series of vehicles made by the company under different categories. Jeep Cherokee has been in existence since 1974 and still going strong. From being a variant of the Wagoneer, Cherokee has evolved over the years from a large SUV to a compact one and finally as a cross over sports utility vehicle. Not many people, including the owners of this versatile and reliable SUV with tremendous off road capabilities is the fact that it derives its name from a native tribe of America, called Cherokee. In many ways, Jeep Cherokee can be considered a grand daddy, a precursor to all the modern SUV’s seen sprinting on roads across the country.

It was in 1974 that Cherokee made its debut in the form of Jeep SJ. The company continued with it till 1984 when it was replaced by XJ model in the year 2001. This model also got displaced by Jeep Liberty later on. In many markets, this Liberty is also referred to as Jeep Cherokee KJ. A customer looking for Jeep Cherokee for sale has not just these options but also the option of Jeep Grand Cherokee that was introduced in the year 1993.

If we talk of Cherokee SJ that made its way in 1974, we find that it was a vehicle similar to the popular Jeep Wagoneer designed by Brooks Stevens way back in 1963. It became popular among the masses as a full sized SUV. Cherokee SJ is still believed to be one of the first cars that had a monocoque design instead of the conventional body on frame design. Many believed it was a reincarnation of Jeep Wagoneer with a fixed rear window and 2 doors on the side. Whatever the impression, Cherokee SJ fulfilled the expectations of the customers looking for a cheaper alternative to Wagoneer. It also helped the company to discontinue with its Commando model that was experiencing plummeting sales despite receiving a revamp in 1972. While Wagoneer was a respected family SUV, Cherokee SJ appealed to the young men and women. It was a sportier alternative for the young generation with the phrase sports utility vehicle used to describe it in the promotions carried out by the company. For 4 long years, Cherokee SJ was sold as a 2 door SUV under different trims namely S (for Sport) Golden Eagle, Chief, Classic, Limited, Golden Hawk, Laredo, and Pioneer. It was only in 1977 that the company introduced its first Cherokee with 4 doors.

Cherokee XJ or the second generation Cherokee made its debut in the year 1984. This was yet another SUV from Jeep that boasted a lightweight low body designing instead of the conventional body on frame chassis. It would be correct to label this Cherokee as the precursor of all modern SUVs plying on road. It became so popular that competitors began to take notice and they saw with interest how this SUV created a separate category of cars. Cherokee XJ led to manufacture of SUVs by other important players across the country. It is also credited with being an important link in the evolution of the 4X4 vehicles. Cherokee XJ became so popular that Jeep was compelled to introduce a moniker Grand Cherokee with a series of vehicles being introduced in future under this nameplate. It didn’t take long for Grand Cherokee to become the flagship vehicle in the stable of Jeep.

Grand Cherokee ruled supreme across the country for 14 long years from 1984 till 1998. The company started to plan its next line of vehicles under the brand of Cherokee and finally introduced it in 2001 as a 2002 model. It was labelled Cherokee KJ or Jeep Liberty to make it completely different for the customers. Jeep cleverly kept the price of this third generation Cherokee between Wrangler and Grand Cherokee. It became one of the smallest SUVs from Jeep having 4 doors until the company introduced Patriot in the year 2007. Jeep Liberty was truly an international SUV as it was manufactured not only in the USA but also in countries like Venezuela and Egypt. Jeep Liberty happened to be the first vehicle from Jeep that had a rack and pinion steering. It also made use of 2 engines that were totally new at that time namely 2.4 litre engine producing 150 HP of power and a bigger 3.7 litre engine producing 210 HP of power.

Jeep continued with Jeep Liberty or the 3rd generation Cherokee till 2008 when it introduced Cherokee KK. This SUV from the company continued under the moniker Liberty. Interesting act about this new version of Cherokee was that it was produced and sold by Dodge as Nitro across North America. Now that Jeep had vehicles like Patriot and Compass to look after the demands of the customers who were very conscious of MPG, it decided to do away with the 4 cylinder SUV. Now the company offered Cherokee fitted with a V6 engine.

The 5th generation Cherokee saw the light of the day in the year 2013 though it was intended as a 2014 model. Company christened it as Cherokee KL. It was given the shape of a crossover SUV as the company wanted to place it in between Compass and Cherokee. This latest Cherokee was called Jeep Renegade and it gave a much better mileage than Jeep Liberty that it replaced. It gave a mileage of 31MPG on highways. This 5th generation Cherokee became so popular that the company stopped production of Dodge  Dart and Chrysler 200 to meet the demand of the customers.