Lets kick things off with the relatively mild Volkswagen Golf GTI. It’s got a bit of chilli in there and it’s a decently quick car, it hits 62mph just under seven seconds, which is faster than most other cars on the road.

THIS – the new McLaren P1– however has much, much more chilli  it’s fiery. It’s filled with so much chilli that you might even regret eating it the next day when you’re on the loo and, er, in an unpleasant situation. That is, if you could actually eat it, which you can’t because it’s a car, not a curry. 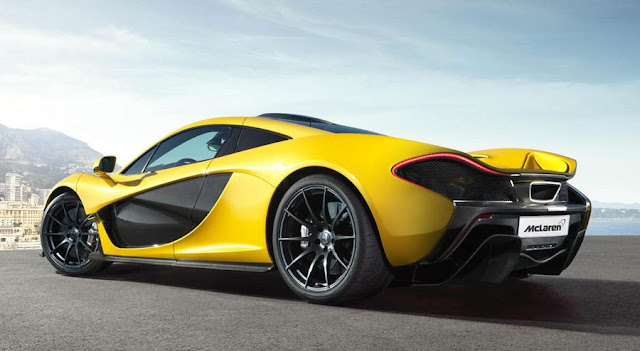 Anyway, back on topic. The P1 goes twice as fast as the Golf GTI in less seconds, which means the P1 is pretty ruddy fast. It does 0-124mph in less than 7 seconds. Hash Tag Mind Blown. Seriously, think about that for a moment. Think about how much a 6 second to 60mph car pushes you back in your seat. Then double everything; noise, scariness, force, bowel movements and speed, obviously. But it doesn’t end there, 0-60mph takes less than 3 seconds and 0-186mph takes less than 17 seconds.

Lets give these numbers some perspective, we could compare the P1 to the legendary Bugatti Veyron Super Sport – that hits 186mph in 15 seconds, or the McLaren F1, but that took a whole 5 seconds more to hit the same 186mph twenty years ago. So, how about a Koenigsegg or some other insanely powerful super sports car?

Er, no, we’re going to compare it to a – preferably beige – Toyota Camry. Towing a caravan. Being driven by the elderly. Who are wearing olive green colored vests. Ok you get the idea, they’re typical caravanists. You see if we’re being optimistic, a Toyota Camry in this exact specification takes approximately 17 seconds to hit 60mph, in that time the P1 will be travelling at over 186mph. And provided you keep the loud pedal matted to the carbon fiber mono-cell, the P1 will eventually hit a limited top speed – yeah, they had to hold this beast back with electronic wizardry – of 218mph. In terms of outright pace, it’s certainly up there with the best of the best. Strangely, the reason for all this speed, anger and general fury comes down to the hippy friendly powertrain.

The P1 is powered by the 3.8 liter V8 from the 12C and electricity, as you know, but the total power output is a whopping 903hp and 664lb ft of torque. The V8 petrol engine alone produces an astonishing 727hp from just 3.8 liters thanks to larger turbochargers, a new crankcase and many other special bits that differentiate it from the 12C’s 625hp unit. A pair of electric motors producing a total of 176hp then boost the power output to the 903hp total.

The main purpose of the electric motors is to bring the P1’s emissions down to almost Toyota Prius like levels. However, they can also be used for more interesting things too, such as going fast. At the press of the aptly named IPAS button on the steering wheel, the electric motors fire up to boost power to the full 903hp and catapult the P1 down the road with all the brute force of something very forceful indeed. Luckily, stopping power comes from brakes that are quite literally, out of this world. McLaren have developed a new kind of carbon ceramic disc that uses materials previously only ever used…in space!

The amount of mad boffiny innovation that’s gone into this car is truly mind boggling. But remember, this car isn’t all about straight-line speed. The aim was “to [produce] the quickest and most rewarding series production road car on a circuit” said Antony Sheriff, McLaren Automotive’s managing director.

The P1 is about bending physics and turning its occupants tummy’s a bit funny through the twisty bits by using all kinds of crazy aerodynamic solutions never before used in a road car, one of which – as you might imagine – is that enormous rear wing which has a Formula 1 style DRS system which can be activated via a button on the steering wheel to maximize speeds down the straights of Silverstone or the M1.

There are also flaps ahead of the front wheels which deploy to give extra grip when cornering, and so, at ‘well bellow’ its 218mph top speed the P1 develops a whopping 600kg down-force which is an amount similar to that of some Le Mans racecars and FIVE times more than that of the 12C. McLaren say that this means the car – like a racecar – becomes easier to drive the faster you go. 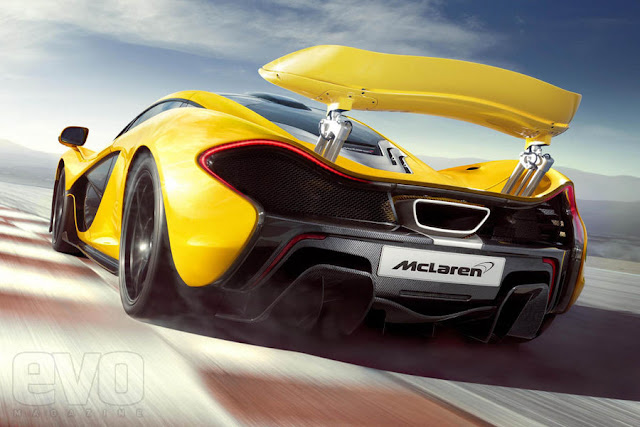 Just 375 examples of the incredible McLaren P1 will be built and they’ll be sold for just £866,000. Which means it’s less expensive than a Formula 1 or Le Mans racer, plus it’s rarity and innovativeness will ensure its future value. Sell your house – and/or several others that aren’t necessarily yours -, limbs, organs, children, anything of substantial value and buy one.