The old Sport – while a lovely, luxurious, comfortable SUV – was a little on the heavy side
to really live out its names desires. The 3.0 SDV6 engine was too gutless to carry the cars
vast mass around and the 5.0 Litre V8 was too thirsty in a car weighing just shy of three
tonnes. This New Range Rover Sport however seeks to improve both its looks and its performance.You can find used Range Rovers for sale at Carhoots’ marketplace but you might want to hold out until 2014… 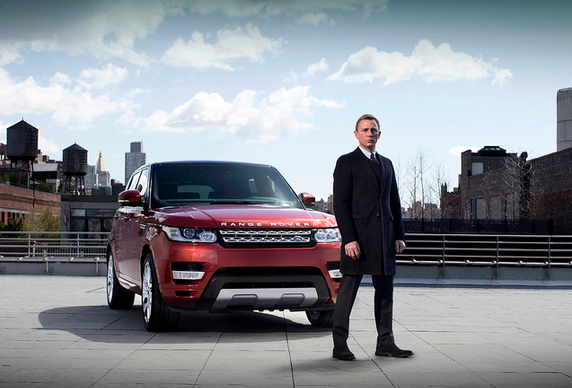 Unsurprisingly the styling cues have come straight from the Evoque, though
that’s not necessarily a bad thing. Taking the Evoque’s design language and transforming
it into a much larger car has definitely made for a massive improvement on what was a
love it or hate it car. With a shortened grill, contrasting roof and slim headlights, the new
Sport has a distinctive look on the road. It has grown a little too, 62mm longer and 55mm
wider, giving the car a much more purposeful stance.

Land Rover has also addressed the previous cars weight problems. By taking away the
previous cars steel body and replacing it with aluminum they have managed to shed 420
kilos compared to the old model. Low weight is key in this class as the lower the weight,
the quicker the car and the more miles per gallon you can squeeze out of the engine. Land
Rover has yet to disclose their consumption figures, but expect it to be a little better than
the new Range Rover. In diesel guise, the RRS will have CO2 emissions of just 194 g/km. 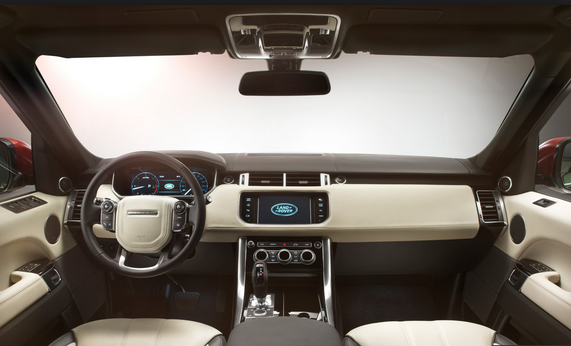 On the inside much change has occurred, the dashboard has taken inspiration from the new Range Rover, with a minimalist, leather trimmed dashboard design and the same
TFT speedometer that we have now come to expect from Range Rover. The Jaguar puc- shaped gear selector has gone and in its place, a conventional shift lever from the new F- Type Jag. With sequential shifting and paddles, this is much more of a driver focused SUV. Also, for the first time in a model using the Range Rover name plate, the Sport has seven seats. Though optional, they are a nice addition for someone who is looking to trade up from a Disco.

This new Rangey will be getting a larger line up of engines than ever before. At launch the
car will be available with Land Rovers ubiquitous 3.0 Litre SDV6 diesel, churning out
288bhp, and the glorious 5.0 Litre Supercharged Jag V8 that everybody wishes they could
afford to keep fueled. In 2014 the line up will be expanded with the addition of the 255bhp
TDV6, and the 4.4 SDV8 found in the latest Range Rover. The SDV6 is likely to be the
best seller, blending a 0-62 time of just 7.1 seconds with what I am sure will be a
reasonable MPG figure. Land Rover has also said they will introduce a diesel hybrid
variant in the future. 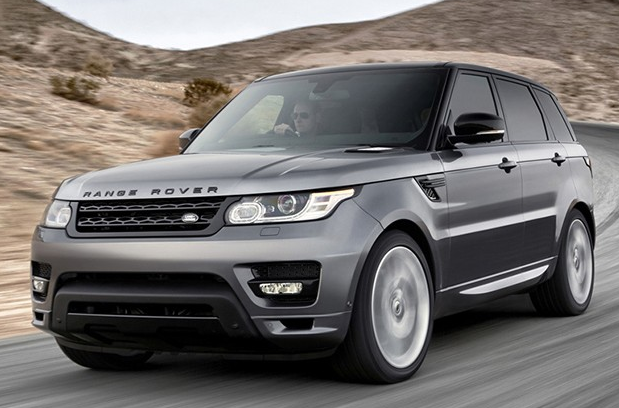 As is the way with these things, prices for the new Sport are expected to be a little higher
than the current generation (around £55,000/$80,000) but being Land Rover, expect the levels of
standard equipment to be much higher than the box ticking German crowd. This all new
Range Rover Sport really does look the part, and with Active Roll Control it should drive
great too. Land Rover has yet to disappoint us with any of its new models these past 2
years, and it doesn’t look likely they will be any time soon. For more updates on the new
Range Rover Sport, make sure to keep checking back here on the CarHoots Blog.

What do you think of the new 2014 Range Rover Sport? Should Land Rover have taken a
more conservative approach to the styling or does the Sport have that same funky image
that the Evoque has given us in spades? Join the discussion and air your views by
tweeting us @CarHootsUK.