When you take a dowdy Honda ride on lawn mower then give it the 1000cc engine from a VTR Firestorm bike, you’ve got a lawn maintenance machine fit for a Stig.

The Stig is a creature that can appreciate all things four-wheeled and speedy, that includes ride on lawn mowers, obviously. Some say, the Stig actually mows pensioner’s lawns during his spare time in return for their finest brew of tea, which he then uses to lubricate himself. And some say he’s just got himself a new Honda lawn mower which was co-developed by Honda’s British Touring Car Championship partner, Team Dynamics, and is capable of sprinting from 0-62mph in under four seconds before topping out somewhere north of 100mph. 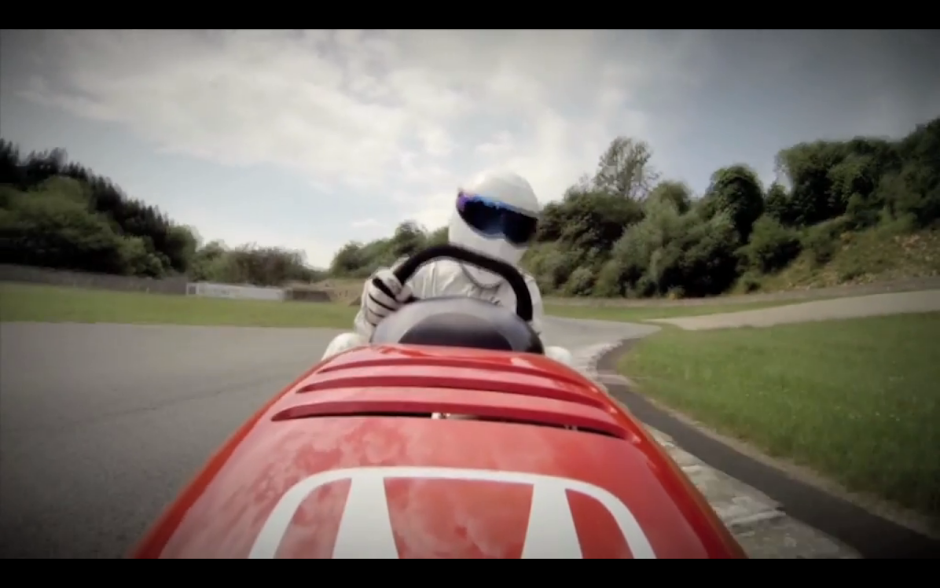 It’s called the Honda Mean Mower. Its engine is from the VTR Firestorm bike and produces 109hp, what’s more, the entire thing weighs just 140kg so the ‘Mean Mower’s’ power to weight ratio is about 778hp per ton. It is COMPLETELY nutty!

Sadly though, some sensibleness has crept into the maniacal one off mower, because apparently it was just far too dangerous to have the cutting blades powered by the 109hp motorbike engine, so instead they’re powered by some electric motors. The Mean Mower will indeed cut grass, but only at speeds of up to 15mph, but that’s still twice as fast as the HF2620 on which it’s based could ever manage. 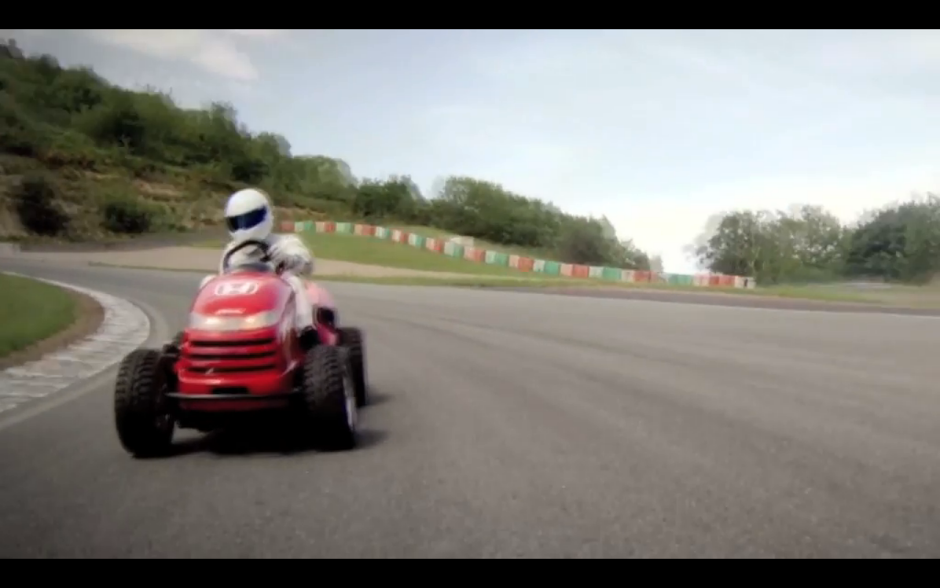 The Mean Mower sits on a bespoke chassis, with unique suspension bits, and the engine is hooked up to a six-speed paddle shift transmission, naturally.

Kate Saxton from Honda UK said “This project provided the perfect opportunity to not only highlight the breadth of our product offering but to also promote our sporty heritage and support our reputation as an innovative company. Above all else, we love a challenge!”. Keeping the Stig tamed and happy is indeed a tough challenge, but if you click this link, we think you’ll agree that he looks quite pleased.

Watch the video here courtesy of our friends at TopGear: