Comic book fans and cars fans unite as the legendary Green hornet car is for sale in a A-List hollywood auction. The Green Hornet’s cool black Imperial Crown car named, “Black Beauty,” is expected to fetch between $40,000 and $60,000. This is car is from the 2011 Green Hornet film starring Seth Rogen as the masked vigilante and was the only ONE to survive the production of the film. No doubt the below action packed car chase will explain why:

The car will be joining other cool lots such as the Superman flying outfit worn by late actor Christopher Reeve in “Superman IV” and a one-of-a-kind Phaser laser rifle carried by actor William Shatner as Captain James T. Kirk – a comic book nerds dream! The auction has over 800 lots of items at the “Hollywood Legends” auction spanning many glorious years of Hollywood film history.

If you have the wallet or are just simply curious; the items will be on display from April 1 at a free public exhibition at Julien’s Auctions in Beverly Hills, and the auction will take place on April 5 and 6. 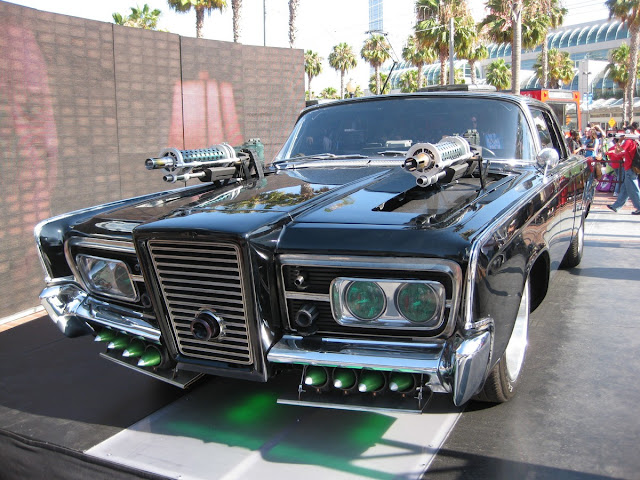 Don’t mess with the Green Hornet- check out the missiles! 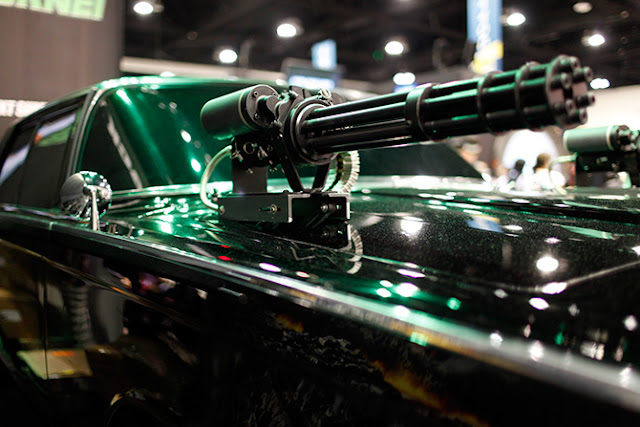 That is one mean Machine Gun (Green hornets Car)