The battle of the Roundabout and the Four Way Stop Sign. Which is better?

The UK and North America have different methods of directing traffic through intersections and junctions. In the UK the Roundabout is the chosen system, whereas in the US the Four Way Stop Sign is preferred. 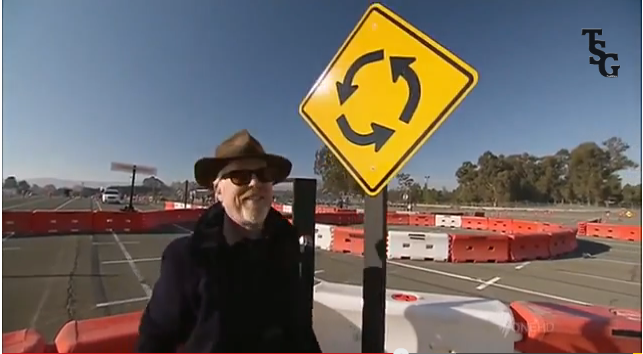 The “Mythbusters” US TV show recently carried out an experiment to test which system is more efficient. In terms of the differences between the two road rules, the four way stop sign requires all cars to stop at the sign and proceed in the same order that they arrived, whilst on a roundabout a car enters it without stopping as long as there is not a car coming from the right.

To carry out the test, the crew from the “Mythbusters” TV show set up a four way intersection first and counted how many cars passed through it in 15 minutes. They did the same with the roundabout, but allowed the American volunteer drivers to have half an hour to get used to how it works.

Check out the video to see the experiment in action….

Results! What they found was that the roundabout was more efficient! In 15 minutes an average of 385 cars passed through the four way intersection, in comparison to 460 cars on the roundabout, a 20% improvement. Wohoo, go the UK!

So, should the US be open to ideas of adaptation?  Let us know in the comments below….