Olympic gold medalist Usain Bolt has been given a personalised Gold Nissan GT-R for his role as Nissan brand ambassador. Find out about the GT-R named “Mr Bolt”

Usain bolt, ‘the worlds fastest man’ and olympic gold record holder is seeing Gold once more in the form of a spectacular Nissan GTR. The Jamaican had been a Nissan brand ambassador and has promoted the company’s Global Brand Campaign which began in April 2012. He was given the GTR as a present for his global PR work for the brand, which no doubt has rocketed since winning gold in London last summer.

It seems quite fitting that the world’s fastest man would prefer one of the worlds fastest cars. 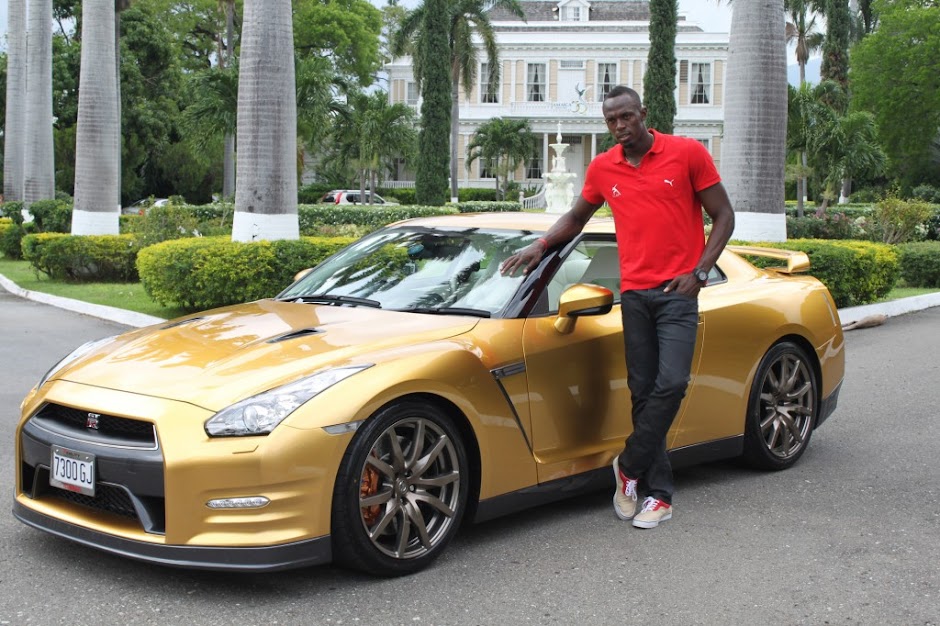 Motorauthority.com fill us in on the GTR details …

On the inside is a special white-colored cabin space and a set of hyper-titanium RAYS forged-alloy wheels set off the the rest of the exterior. The other Bold Gold GT-R has been auctioned off for charity, and is being delivered to its Australian winner this summer.

Still, Nissan had to keep Usain Bolt’s GT-R even a touch more special than the other example produced. Using data collected by Nissan engineers, Bolt’s car has been fine-tuned to suit his driving style. We assume his driving style is “fast”, as that would match his running style. 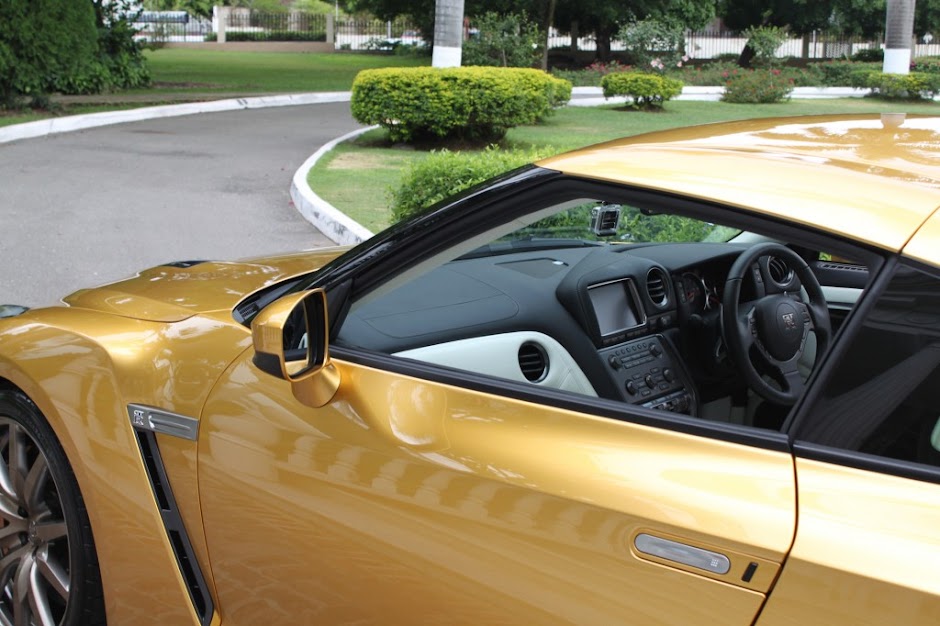 This special GT-R should prove to stand out on Bolt’s island home of Jamaica, which is where the car was delivered. Though with that color scheme, this GT-R would stand out pretty much anywhere on the planet… much like the enthusiastic and, by all accounts, good-natured runner himself.

What do you think to this “Mr Bolt” GTR? Too much bling? Let us know by tweeting us @CarhootsUK or leaving a comment below.