Wacky, inventive and now going viral on youtube. This VW Polo ad will have you in stitches and leave you with a new desire for a used 1990 MK2 Polo.

In this economy people are looking for more inventive ways to sell their motor, rather than the traditional route. Take for example, Rich Wisken, who went to another level with his wacky Subaru Brumby ad and   where his car was described as, “forged from unicorn horns.” Traditional car selling routes like going to your local dealership no longer seem to exist in the world of social media.

The funny lads over at Nostril Shorts came up with the idea of promoting the sale of member Garry’s 1990 VW Polo Mk2 C on classified site Donedeal with a musical video. The Irish guys certainly thought outside the box to with a youtube jingle for Garry’s VW Polo. So far outside the box that his ad has over 188,000 youtube views. One way to get your ride noticed!

Dressed up in full farming gear, singing and full out irish jigging with lyrics of dynamite, “it lower than Australia and smoother than jazz” and the “all the girls around town will want to touch your…err…face” He’ll have buyers queuing up as fast as you can say ‘Pog Mo Thoin’

It even features an celebrity endorsement from famous Irishman Brian Kennedy. Brian who? Irish songwriter and heartthrob that’s who. 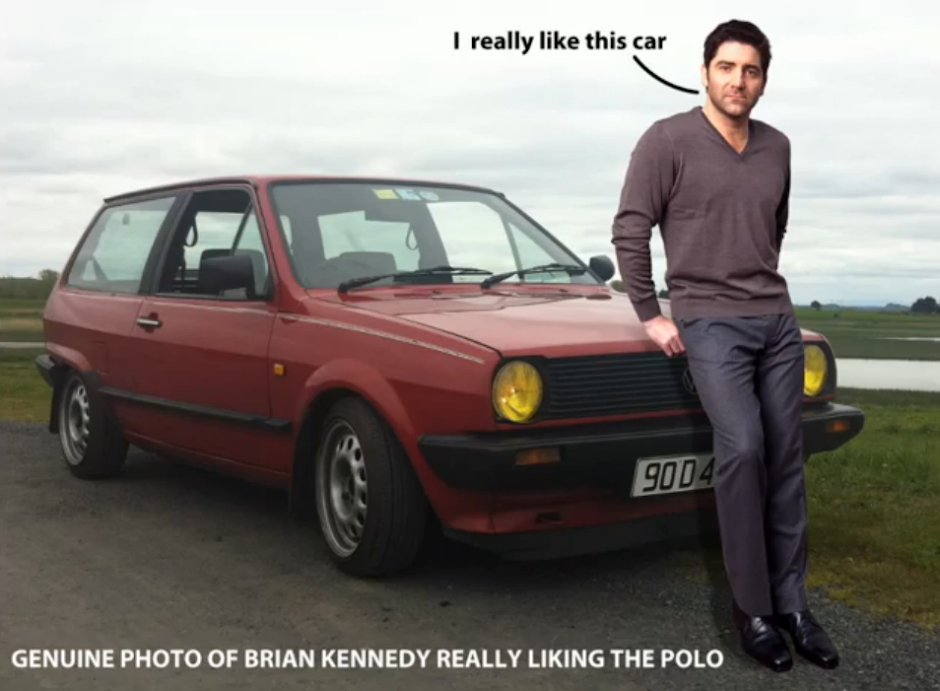 It almost hypnotises you  and you will definitely want “buy it now baby and pick up the phone” because at €1,800 “you should buy this Polo and keep it real.” We’re sold and we would defo want to get the lads at Nostril Shorts selling cars on carhoots.com. Our car marketplace would be sold out in no time!

Now, watch the video and don’t blame us if his catchy lyrics stick in your head all week long

What do you think carhooters? Lyrical genius? Would anyone buy this now legendary Polo? Tweet us @CarhootsUK or leave a comment below.