Volvo are innovating the automotive market, their recent efforts involve using crowdsourcing to update its ‘On Call’ app.

Its an cool interactive application to control your Volvo car. The handy app allows owner to control functions in their car and monitor fuel and battery levels. Clever stuff! 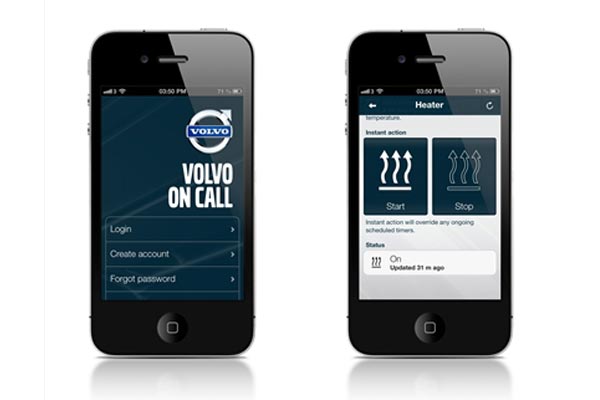 Digital Trends write this one up nicely:

Believe it or not, Volvo was the first automaker to offer a smartphone app that allowed Volvo owners and users to be in constant contact with their Volvo car. The app’s remote features include: lock and unlock of doors; fuel level and battery charge readouts; climate control pre-sets and more.

Keen to update the app while offering more of exactly what Volvo owners need, Volvo opened suggestions up to its Facebook page earlier this year. What it heard from respondents were feature suggestions that were not only basic but also crucial.

The most popular ideas that Volvo has not yet implemented in the application:

Beyond those basic ideas, some respondents asked that Volvo make the app a bit of a big brother type, requesting that it alert you every time you pass your favorite restaurant, for example.

While we’re not so sure about the nanny-like features, we do like the sound of the others. We lose our keys constantly and allowing our phone to help us find them would be outstanding.

There is a catch to Volvo’s brilliance, though. We’ll give you a hint. Here are all the countries in which this innovative app are presently available: Austria, Belgium, Brazil, Denmark, Finland, France, Germany, Italy, Luxembourg, Netherlands, Norway, Russia, Spain, United Kingdom, Sweden and Switzerland.

The Volvo On Call app now available n App Store and Google Play. Get to know the ‘On Call’ app more with this video:

What do you think carhooters? Are Volvo leading the way in cartech? Do you know any other cool car apps out there? Let us know in the comments below…