The new WRX has been leaked onto the Interwebs, and shock horror! It looks like a Prius! Sort of…

This is perhaps the only time you’ll see the anti-Christ Prius mentioned in the same sentence as the yob-mobile WRX. But there is no getting away from the fact that the new supped up Scooby looks very reminiscent of that hateful hybrid thing that Toyota make. The roof, A-pillars, C-pillars, door handles, door mirrors and window line of the new WRX look remarkably similar to those of the Prius. Maybe it’s the lack of stupidly large rear spoiler that’s giving it this look? I don’t know.

The front isn’t all that bad to look at, it looks a pretty close to the stunning WRX Concept car (below) that Subaru showed earlier this year. Oh yeah, remember the WRX Concept!? How cool did that look? With concept cars you’re supposed to under-promise and over deliver. Subaru have done the opposite, and that’s why this new WRX looks a bit stupid. When the WRX Concept was unveiled everyone was expecting something that the world had never seen before – a pretty Subaru WRX. But that, quite clearly, hasn’t happened. 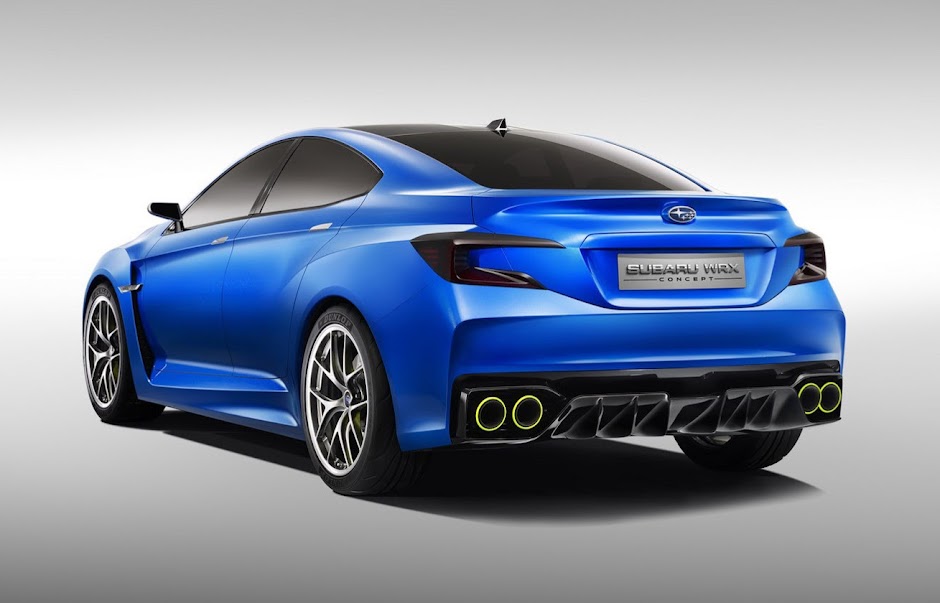 The rear is pretty ordinary looking. There’s a rear diffuser housing quad pipes, some swollen rear wheel arches and a little spoiler on the boot, but somehow it all manages to look a bit steamed vegies. A bit boring. Presumably this can all be solved with a pointlessly massive spoiler and an exhaust pipe bigger than Romania, though, so maybe there’s not actually a problem here. 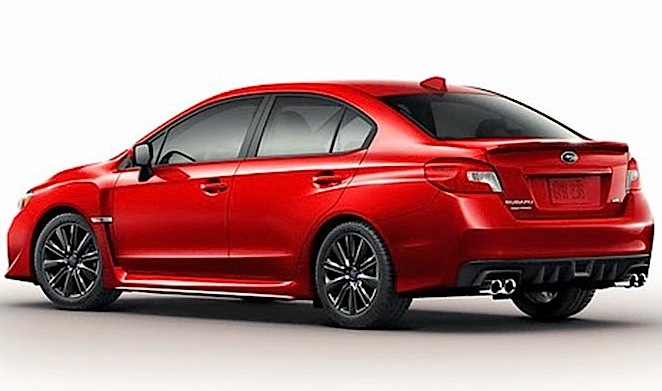 As for what’s beneath the metal – the whole point of the WRX -, well, that’s a secret. Honest. These shots here were sneakily ‘leaked’ by somebody so we haven’t got any ‘official’ details to hand over. That said, when it comes to Subaru’s performance cars, they’re more predictable than one of those cheesy romantic movies that girls like to watch while eating buckets of ice cream. The new WRX will have four-wheel-drive, a turbocharged four-cylinder boxer engine with around 300hp, and a six-speed manual gearbox. The sprint from 0-62mph should take less than five seconds. And because Subaru have spent all of their lunch money on the drivetrain you’ll get an interior that looks like it was designed by somebody who hasn’t got an imagination. And probably a stupid Prius in their driveway…

More will be revealed at the LA Auto Show next week. Stay tuned.