We all know by now that Tesla and Elon Musk are very much the leaders in car technology, so it is only natural that the cutting edge interior on the new Tesla Model S has been likened to the iPad.

We exposed the hidden settings on the Model S here and we have more insight into this awesome car.

iPads are quickly becoming part of our everyday lives, few of us can go without using some form of mobile device. We humans are open to the interaction, the slick ease of use and are almost reliant on how helpful the technology is in our lives. It is no surprise therefore that Tesla are trying to implement a similar user experience within their new S Model, and they have done it very well.

Imagine driving while using your iPad to play music, and look at Google maps. Now imagine your iPad is built into the car and also runs your climate control, phone, and even basic car controls, such as braking, steering, suspension, and sunroof settings. Oh, and it’s much bigger than a standard iPad…

We found the system overall is quick and easy to use, but the potential for distraction is very real. The only physical controls in the cockpit-meaning those not in the touch-screen-are the shifter, turn signals, wiper, and hazard lights. 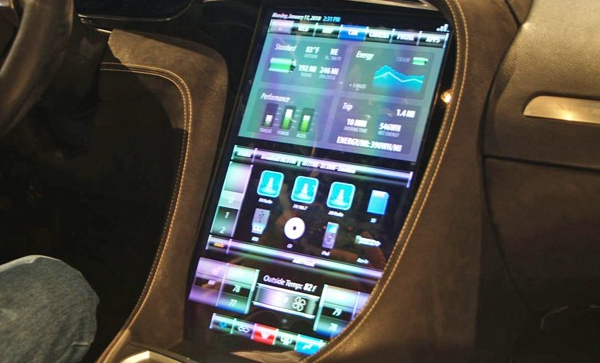 Without physical buttons to feel for, you need to look away from the road to target the screen when wanting to make adjustments. And some functions require going two or three menu pages deep into the system.

What helps the ease of use and “wow” factor is that the touch-screen display is huge, measuring 17 inches diagonally. For contrast, this dwarfs a 10-inch iPad and 8-inch MyFord Touch screen. The generous screen real estate makes the large, virtual buttons easy to find and press while you’re driving-a far cry from the tiny little targets common on other in-car displays. Fonts are big, and the screen layout is very logical, aided by large, clear graphics. Nice touches abound, such as when you turn on the headlights, the on-screen car’s lights turn on, as well. 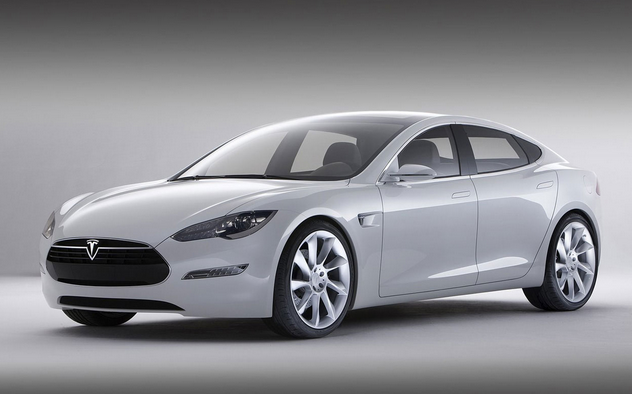 Like the iPad, several functions use swiping and dragging to scroll, including going through entertainment options and to opening the sunroof to any position. You can even pinch to zoom the Google maps, making it feel much like operating a large tablet computer.

We found that the system is fast-unlike MyFord Touch-and responsive. Based in the heart of Silicon Valley, Tesla has hired coders from Apple to design the software. And it shows. According to company representatives, the system is faster and more responsive than other in-car control screens, because the software developers wrote in code native to the processor, rather than using a compiler as other software developers have done. That’s apparent. Swipe motions that are cumbersome in Cadillac’s CUE work easily here.

We get so excited with every Tesla announcement made such is their innovation. We can’t wait to see what comes next from them! 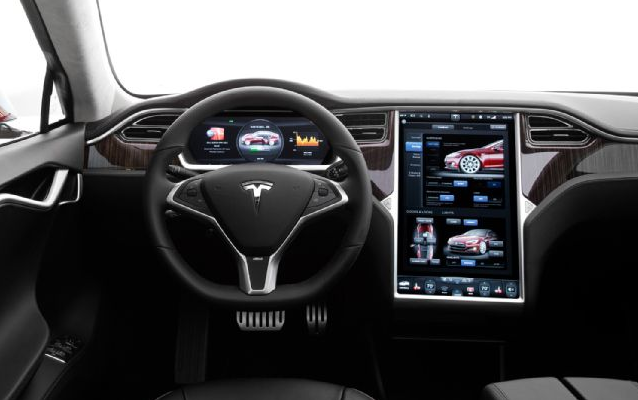